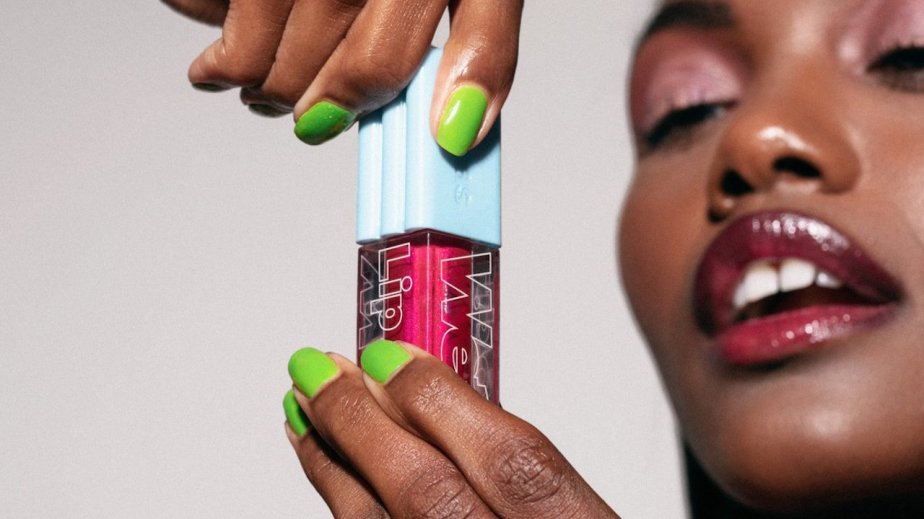 After first surging because of early aughts nostalgia and a move away from the matte lip trend, lip gloss is now pivoting to skin-care to survive the lip-color slump.

The emphasis on lip gloss with skin-care benefits has been strong in 2020, as consumers have gravitated toward skin care and away from color cosmetics. Despite an overall lip category slump, brands are still moving forward with gloss-related launches and emphasizing beneficial ingredients with skin-friendly names like “lip oils.” With a decrease in color cosmetics usage and the onset of mass mask-wearing, McKinsey estimated that lip color sales declined by 15% year-over-year in the spring, and market research firm Kline is predicting that lipstick sales in the U.S. will be down 11% year-on-year for 2020. Data from NPD Group found that 71% of women who wear makeup in the U.S. are now doing so less often.

Lip gloss had been on an upswing in 2019, fueled in part by celebrity fans of the product. In January 2019, Iconic London earned a sales boost when its lip gloss was worn by Ariana Grande in her “7 Rings” music video, gaining thousands of waitlist members for its February launch. In July 2019, Glossier introduced two new shades of its lip gloss, including a red shade that was worn by Michelle Obama at an event for Essence magazine. SZA, Justine Skye and Solange have also been seen wearing the brand’s lip gloss.

“All trends come and go – lip gloss is no exception,” said Tara Loftis, the global vice president of marketing for Marc Jacobs Beauty, which launched a new set of lip glosses for Pride in May 2020. “Long-wear liquid matte lipstick had been popular for so long, as had matte, full-coverage makeup and heavy contouring. As this trend slowly concluded, consumers began to look for dewier, fresher, more hydrating and youthful makeup looks, and we saw they also began seeking shiny lips again.”

“History repeats itself,” said Kelsey Deenihan, the artistry advisor for Lorac, which launched a Diamond lip gloss earlier this month. “The late ’90s/early 2000s are coming back right now. You had the early ’90s there for a little while, with the brown, gothy lips — which is a solid like ’95 look. Everything kind of recycles itself.”

The lip gloss trend has also been popular with Gen Z, thanks in part to promotions on TikTok by brands like NYX and DIY sellers. The verified TikTok account @lipglossdrip has 2.2 million followers and sells DIY lip gloss through the Big Cartel platform. The first TikTok influencer beauty brand launch was a lip gloss line called Gloss Twins, while Morphe’s Gen Z-focused sub-brand Morphe 2’s planned July 30 launch in collaboration with TikTok influencers Charli and Dixie D’Amelio, will include lip oils.

But lip gloss has not been immune from the downturn. According to Mintel data, in 2020, 50% of U.S. female consumers stated that they use lip gloss regularly, compared to 57% of US consumers in 2019.

“Quarantine, regular mask usage and work-from-home practices have altered consumer lip product needs,” said Lauren Goodsitt, a senior global beauty analyst at Mintel. “Prior to the pandemic, glossy lips were trending. The trend has not disappeared, but rather brands are being forced to alter the way they position it to ensure it fits into consumers’ current lifestyles.”

Discussing the benefits of skincare ingredients has been helpful for beauty brands that have lip gloss in its assortment. “Lip gloss, as we see it now, is definitely different from the lip gloss that we grew up with,” said Kosas founder Sheena Yaitanes, referring to the ultra-shiny and frosty gloss looks of the early aughts. She said that Kosas’ lip oil launched in October 2019 has been a best-seller for the brand. “The lip oil glosses, since they’re using a lot of those botanical oil bases, tend to actually soak into the skin and kind of hydrate your lip from the inside out, rather than just [being] this vinyl slick that sits on top of your lips the whole day.”

Goodsitt agreed. “Hybrid products that combine elements of cosmetics and skin care are growing in interest,” she said. “While many consumers attempt to limit their spending budgets, they will search for multi-purpose products to replace the need for additional products.”

Lip skin-care has been having a moment. KNC Beauty’s lip sheet masks have been a hit on TikTok, being the main subject of the majority of the top posts on the hashtag #lipmask that has over 169 million views. Other brands like Laneige and Tatcha have also been able to capitalize on cult favorite lip masks in recent years.

“We’ve definitely seen glossier lips pick up over the past year. A lot of it has to do with comfort. It fits right into the rise of skin care,” said Maureen Kelly, Tarte’s founder & CEO.

“We’re actually seeing certain lips do really well, especially in this glossy category,” said Tarte president Candace Craig Bulishak, who said that its new lip gloss skin-care product launched last month sold well despite the pandemic. “We completely sold out of our maracuja juicy lips within a week of launching on QVC, and those were packaged in trios – that’s 20,000 maracuja juicy lips in less than one week. We’ve already sold out of our second shipment as well, so there’s definitely an increased demand for this kind of formula.”

“‘Care’ is the keyword now in the lip gloss category,” said Brook Harvey-Taylor, the founder of Pacifica Beauty. “I see our customer is far more concerned about caring for their lips than adding color to their lips these days.” She said the brand has seen “major growth in the lip category” from the launch of its Hemp Gloss in fall 2019, and is planning an upcoming launch of a lip oil in August 2020.

“Post-pandemic we are seeing that people still want to buy lip products, as long as they are nourishing and not highly pigmented,” said Amy Liu, the founder of Tower 28. She said that sales of the the brand’s Lip Jellies are remaining “steady,” with an average of over 10,000 sold per month. “The lighter shades are now selling better than the darker ones.”

Brands are also promoting gloss as a product that could work on multiple areas of the face. A new product being released July 27 by Live Tinted, called the Unity Balm Gloss, can be used on the eyes, lips and cheeks, according to its founder and CEO Deepica Mutyala. It also emphasizes skin-care benefits.

Regardless of sales numbers during the pandemic, experts believe the gloss look is going to be the look of choice for the foreseeable future.

“I think that glossy will stay around for a while — matte was here for probably 10 years,” said Deenihan.