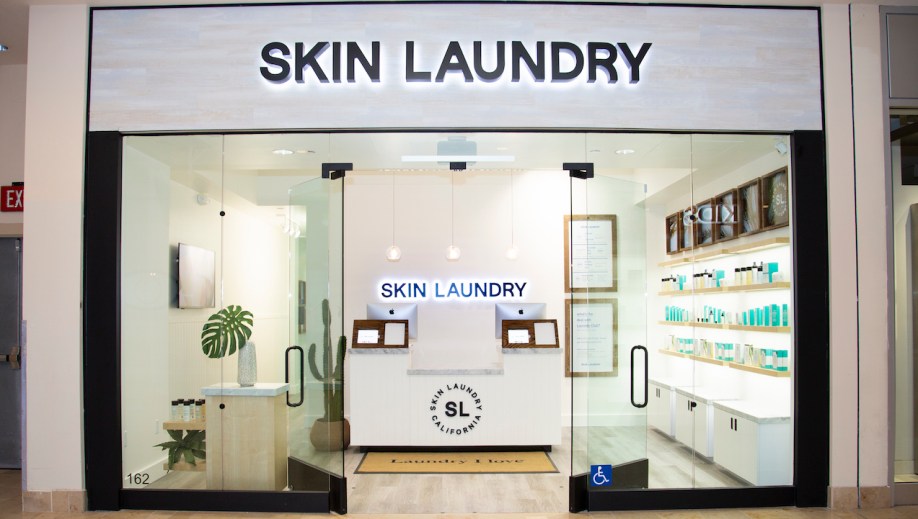 The company, which was founded in 2013, offers skin-care and facial laser treatments at an affordable price (between $75 and $250). It has 22 locations in Los Angeles, New York, London and Hong Kong. In March, Skin Laundry will open two locations in Florida — its first presence in the state — with a third door opening in the summer.

Aside from its U.S. expansion, Skin Laundry is also focused on rolling out new products in its Wash & Wear skin-care line, which retails at Skin Laundry spas, Sephora, Nordstrom, Ulta and Bloomingdale’s. Currently, the Wash & Wear line includes 20 products, including face washes, sheets masks and pillowcases, and a moisturizing facial mist will be added to the mix in April.

Wash & Wear contributes about 20 percent of Skin Laundry’s total revenue, according to Yen Reis, founder of Skin Laundry. The company made $17 million in revenue for 2018, according to Reis, although WWD noted in October 2018 that the goal was $20 million. The brand is also experimenting with telemedicine through its new customized prescription skin-care line called SLRx.

“There is a big opportunity for the beauty and medical space to merge more,” said Reis. “There are many medical solutions that are really beauty solutions in the medical field, such as lasers, fillers and injectables. [The industry] can bring those to the beauty space without [customers] having to go to doctors directly.”

While Skin Laundry sits at an intersection between the medical and beauty industries, it is also a part of the current wave of brands doubling down on one specialized service. For example, DryBar and Glam + Go offer blowouts only; Face Haus, Face Gym and Heyday focus on facials; and Alchemy43’s bread-and-butter is fillers and injectables.

According to market research group Mordor Intelligence, aesthetic laser treatments made up the largest market share of all aesthetic procedures (such as implants, dermal fillers and laser hair removal) in 2017, at 35 percent.

Skin Laundry sees a further growth opportunity by leaning on the existing consumer trust in medicine to fuel its SLRx line, which offers dermatology prescriptions. The company began testing SLRx in late 2018 with its Los Angeles-based customers, in beta.

The SLRx service is similar to that of other telemedicine companies in the space, such as Curology and Hims, but it addresses more concerns like rosacea and melasma, said Reis. She said the company has performed “thousands” of laser facials and has enough consumer trust that it can effectively move into the dermatological telemedicine space.

“We saw there was a gap in the market where you can prescribe [medicine] for beauty, but so many customers won’t go to a doctor because it’s expensive or a headache,” she said. “SLRx gives them a different experience and opportunity to have access to these product solutions.”

Currently, Los Angeles customers can access the SLRx program through a separate web portal on SkinLaundry.com. Once a customer logs on, they are guided through a questionnaire about skin type, skin concerns and symptoms, and a doctor is assigned to them to offer personalized prescriptions.

SLRx products are meant to be “customized” to offer products featuring a greater percentage of effective ingredients than over-the-counter products but deliver fewer harsh side effects than prescription products. Reis said a customer’s typical treatment duration is about three to six months.

“You will see a trend with brands blurring that line between beauty and medical more, and making ‘medical’ procedures more accessible and affordable,” she said. “The consumer these days wants smart and instant results. They are bright enough to find information, so [the industry] can’t con them for much longer.”