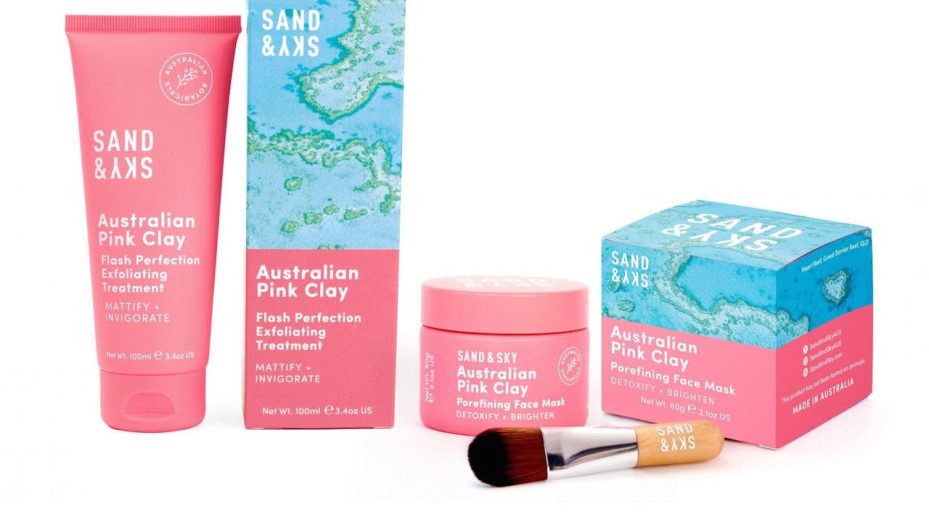 On Monday, Australian skin-care brand Sand & Sky launched into 635 Ulta doors and Ulta.com as the retailer beefs up its clean beauty presence.

Three-year-old Sand & Sky is best known for its pink clay mask, but it will also launch a collection of two hydrating products, a serum and moisturizer, in September through Ulta. Ulta has recently, aggressively gone after the clean category with a new Credo partnership in June and the launch of its Conscious Beauty program, which fully debuts in October. Sand & Sky will join Ulta’s Conscious Beauty program at an undetermined time. Some industry sources said that Ulta’s Conscious Beauty program is a pay-for-play model, but fees to participate have not been discussed with Sand & Sky, said a brand spokesperson. Ulta did not immediately reply to a request for clarification.

Sand & Sky is sold globally, including in the U.K through Selfridges and Harvey Nichols, and maintains a sales split of 70% DTC and 30% wholesale retail. The brand previously entered Sephora in Sept. 2018, before pulling out in Dec. 2019. Sand & Sky’s overall sales have increased globally by 1,000% since March, compared to the four months prior, said Sarah Hamilton, Sand & Sky founder and CEO. The U.S. accounts for 55-60% of Sand & Sky sales

“The U.S. is a great market for us, and even though it’s strong, we’re still in our infancy, there so we want to keep pushing,” said Hamilton. “What we do with Ulta will then have a halo effect in our other markets.”

Sand & Sky’s sales growth is an example that bucked early expectations of a decline in clean beauty sales during the pandemic. Clare Henningan, Mintel senior beauty analyst, said that before Covid-19, clean beauty customers largely avoided preservatives and artificial ingredients, due to perceived health risks. But with sanitation and contamination becoming a No. 1 concern during the pandemic, it was predicted back in March that customers would be more likely to accept no-no preservative ingredients that combat contamination.

“While clean beauty isn’t going anywhere, the unprecedented impact of Covid-19 will have implications on the evolution of clean beauty,” said Henningan. “Consumers [were expected to be] more willing to accept preservatives and artificial ingredients, as long as brands provided evidence of efficacy and safety, both from a health and environmental perspective.”

Implications include further acceleration and market domination. Clean beauty brands across the board have seen a growth in sales since March, despite an industry-wide decline in skin-care sales, which fell 18% year-over-year in the second quarter, according to NPD data. For example, skin-care brand Ursa Major, which also expanded to Ulta in August, has maintained double-digit growth year-over-year. Glossy reporting from June also found that clean brands like Nécessaire and Herbivore Botanicals saw a spike in sales since March. And clean deodorant brand Curie experienced month-over-month revenue growth of 110% between March and June.

Due to its increase in global sales, Sand & Sky expanded to a distribution warehouse in Spain in August to deliver to the European Union faster. Sand & Sky experienced shipping and supply chain issues with fulfilling and shipping orders during the second quarter.

“It was so overwhelming [in April] because we’re global; we don’t focus only on one market,” said Hamilton. “We had a key warehouse [in London], so we were able to manage, but it was still not enough.”

Hamilton said that Sand & Sky was expecting year-over-year sales growth of at least 25-30% between 2019 and 2020. But that projection was determined before the Ulta partnership, so sales will likely surpass expectations. To support its launch at Ulta, Sand & Sky will rely on traditional media, paid online advertising through Facebook and Instagram, and influencer posts. Sand & Sky is gifting free products to 100 influencers, which Hamilton said mirrored the brand’s typical approach to promoting its own DTC e-commerce.