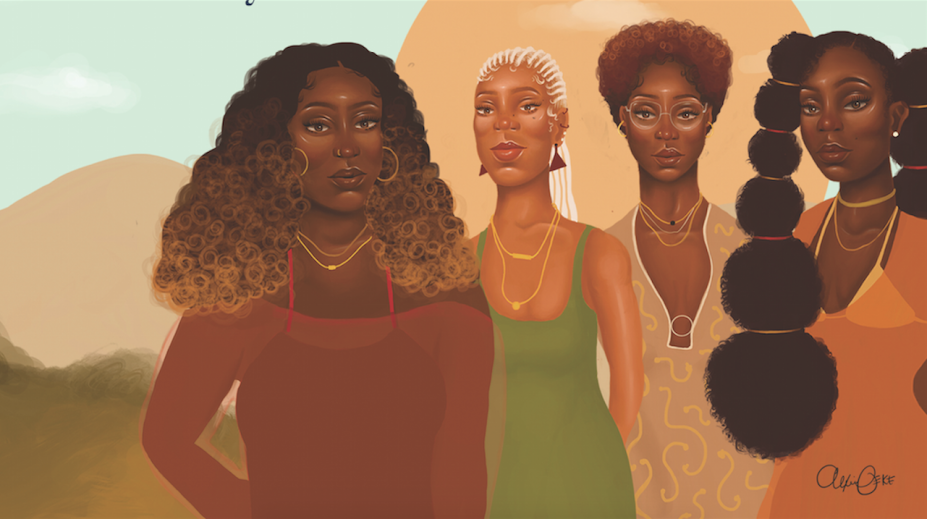 It Comes Naturally includes six female artists who created animations, illustrations, textiles and videos, among other assets that reference the history of Black beauty and natural hair. The campaign is SheaMoisture’s largest in approximately five years, said Cara Sabin, SheaMoisture CEO. It will be promoted across SheaMoisture’s e-commerce and social channels, in-store through Walmart, CVS, Target and Walgreens, and across linear and OTT television ads on BET, OWN Roku and Vevo, among others. Coinciding with It Comes Naturally is also an expansion of SheaMoisture’s existing Community Commerce program, which was formalized in 2014 as a corporate social responsibility initiative that supports female entrepreneurs in places like Ghana. Previously, Community Commerce was funded by an undisclosed percentage of limited edition product sales, but that’s now being permanently extended to every product sale.

“The primary goal of the campaign is not only to inspire our consumer, but also to really put the power back into the hands of Black women,” said Sabin. “Oftentimes, Black women don’t feel seen or heard, and we don’t feel that our dollars matter or that our voice matters. We really wanted this to be a celebration of Black women and [to be seen as] a platform for us to tell our stories of ourselves.”

The cultural climate in which SheaMoisture is launching It Comes Naturally is one where there is a public reckoning around the disenfranchisement of BIPOC communities. Within the beauty industry specifically, brands are confronting the lack of diversity in their employee and executive structures, the merchandising of skin-lightening products and the way marketing and communications have minimized or ignored BIPOC customers. What this campaign seeks to do, in part, is reclaim ownership for Black women’s participation in the cultural and beauty industry’s evolution.

“When you think about Black beauty, it’s not just in the past; there is legacy and heritage passed down from generation to generation. But what makes it at the forefront [of our campaign] is that it always has a nod to the future, as well,” said Sabin. “Oftentimes, we feel that that Black women are leading the way in beauty and culture. That tension of the past, the present and the future is what we really tried to highlight with this campaign.”

Reclaiming Black women’s participation in beauty while also pushing to support them also dovetails with SheaMoisture’s revised Community Commerce platform. Since 2014, Community Commerce has distributed over $6 million to Ghanian women who produce shea butter for the brand. According to Simone Jordan, Community Commerce head, the funds are distributed as a bonus on top of a fair wage, and those women have the discretion to use it however they want. Jordan said that many women have used the bonus to obtain health insurance for themselves and their families, and that there is also a village savings and loan program that the women collectively contribute toward and then invest from as a village. Community Commerce has been able to impact 10,000 Ghanaians as beneficiaries of its program in six years.

In 2020, the model also expanded to coconut cooperatives. Other Community Commerce programs include a funded fellowship program with Dartmouth’s Tuck School of Business to support minority women of color (this has existed since 2016) and a 2020 program to distribute $1 million in grants to minority entrepreneurs. Jordan said that there has been a steady investment of $1 million to $2 million a year into Community Commerce, which is expected to increase now that proceeds from every product in SheaMoisture’s portfolio are contributing.

“The intersection of Community Commerce and this campaign is that Community Commerce is powering the campaign and is showing the investment back into women of color. [It allows] for them to be able to empower and transform their communities when they have that type of investment,” said Jordan.