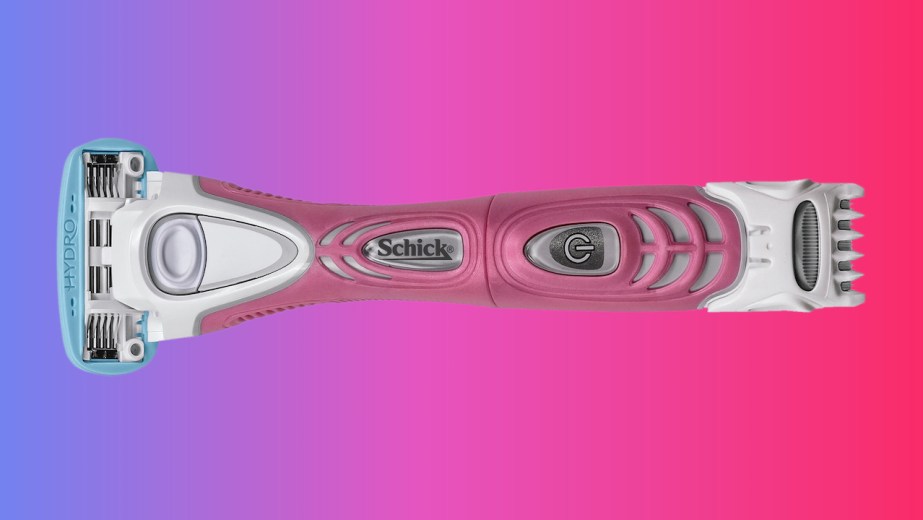 Beauty influencers are leaping from social media to TV.

Schick Hydro Silk, a razor brand within Edgewell Personal Care, debuted a multi-pronged campaign on May 1 that will extend until the end of summer. It features print magazine ads, in-store signage in mass retail partners like Target and CVS, digital advertising on Facebook and Instagram, and three commercials running on broadcast and cable networks, as well as an OTT commercial with Amazon Prime. Each of the three commercials features one macro-level beauty influencer: Becky Sheeran, Jessica Brennan or Nicoletta Dewhirst, who have YouTube followings between 210,000 and 909,000, and Instagram followings between 38,000 and 45,000.

Commercials represent a departure from how beauty brands typically work with social media-native personalities. As the influencer economy has matured and individuals like Jeffree Starr and James Charles have become bona fide celebrities, the transition from social media to commercials reads as a natural evolution. It also represents a new take on an omnichannel playbook that centers on digital.

“We were doing research and seeing what types of tips beauty influencers were coming up with, and were inspired by the [DIY] process,” said Nancy Lu, Schick Hydro Silk brand manager.

YouTubers are particularly adept for this kind of brand campaign, as they are trained in front of cameras much like actors, said Rigel Cable, digital commerce company Astound Commerce’s director of analytics.

“Influencers have talent agents now and are making segues into the world of acting; the line is getting blurred between social media, video and television,” he said. He referenced Gigi Gorgeous’ role on Amazon’s original show “Upload” and James Charles’ creation of a reality show called “Instant Influencer,” which is featured on his YouTube channel. “When working with an [mega] influencer, the brand gets a bonus of working with someone who has an additional reach that is comparable to that of a television network.”

In the commercials commercial, an influencer is shown offering shaving hacks, such as using yogurt as shaving cream, before a voiceover talks about Schick Hydro Silk razors. Different parts of the campaign direct viewers to retailers, such as Amazon (with the OTT ads) or Schick’s own DTC website, which launched in 2018 but makes up only a small portion of brand sales, Lu said.

Lu declined to state the budget for the campaign but said it was not impacted by coronavirus. She also said that Schick does not expect all commercial viewers to recognize its cast of influencers, but that the 18- to 34-year-old female demographic Schick is targeting is interested in beauty information from influencers and will recognize Schick’s references to beauty hacks.

The commercials are the first from Schick since 2017. Schick now has a different positioning that will be demonstrated throughout 2020, starting with this campaign, according to Lu. The focus is still on the razors’ precision and control, but the brand is attempting to be more playful. Lu added that Schick thought about whether its campaign would make sense during the current pandemic but ultimately decided that its focus on beauty routines would still be relevant. In Edgwell’s most recent earnings call on February 10, Rod Little, Edgewell CEO, said that Edgwell was “further investing” in legacy personal care brands like Schick, Banana Boat and Playtex following the divestment of its infant care business. The earnings call was the same day that Edgewell dropped its pursuit to acquire Harry’s Inc., which was intended to help revitalize the company’s overall brand portfolio.

Lu said there is will be an additional social media campaign tied with the influencers, but nothing has been finalized and the brand declined to comment further. As of Monday, none of the influencers have appeared to reference Schick or their participation in its campaign on their social media channels. Cable said that he is familiar with YouTubers receiving $1,000-$10,000 for a branded video, which could roughly translate similarly for a television commercial. The build-up to the launch, the announcement of the launch are all milestones that would make sense to have the influencers be a part of and could, therefore, be viewed as a missed opportunity for Schick, said Cable.