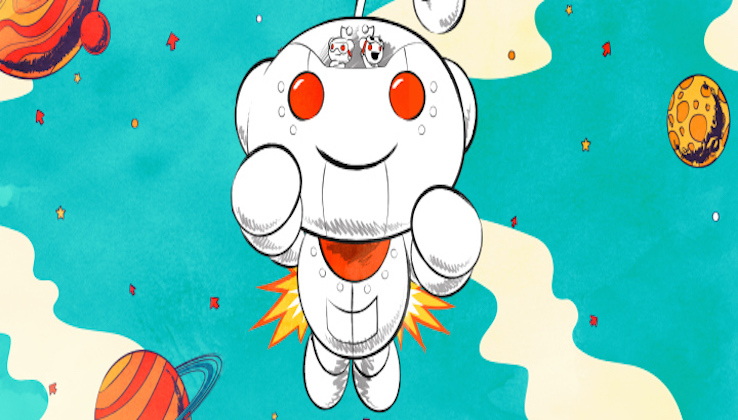 As Reddit looks to 2019 for advertising growth, it is looking at its beauty category (one of its most popular communities, with 33 million collective monthly page views) as a key opportunity for monetization.

Reddit is the 18th-most-trafficked site in the world and is among the top six in the U.S., according to Amazon’s web traffic analyzing platform Alexa. It has built itself around individual forums called “subreddits,” which cover everything from expansive topics like news and science to more niche topics like edited pictures of birds with human arms. Within its larger beauty community, the top two subreddits are r/skincareaddiction, which has 14 million monthly page views, and r/makeupaddiction, with 8 million monthly page views, according to the company.

Now, Reddit is hoping to show beauty brands (along with health, consumer-product-goods and automotive brands) that the website is worth spending both time and money on. Reddit embarked on an “agency roadshow” last month, according to Digiday, with a new sales deck that described its advertising opportunities, like sponsored posts with videos, to show how it has driven results for advertisers.  For beauty, Reddit cited ComScore data that showed Reddit users are a lucrative consumer group, having made more than 5 million skin-care purchases between $50 and $100 in the first six months of 2018.

However, like any social media site, brands are capable of participating and interacting on the website without having to pay. For example, brands like First Aid Beauty and Glossier are capable of receiving organic positive media coverage as a result of stories or posts that originate on Reddit and go viral, without ever having to pay the platform.

Reddit has always had brand strategists, who are embedded within its sale organization. The emphasis to potential beauty advertisers will be on how the strategists can guide brands through understanding niche communities, creating campaigns on the platform and avoiding pitfalls.

“We think of creative ways brands can reach people on the platform. Every community is different with its own sets of rules and acronyms,” said Kaitlyn Roche, a brand strategist for Reddit. “Brands [cannot] just go in and promote themselves, and communities also have strict rules [against] self-promotion. But when they go beyond that and support the community’s interests, [it] helps brands build trust and credibility.”

Because Reddit operates on a largely anonymous system (users typically create pseudonym usernames and sometimes create “throwaway” accounts they intend to abandon), it also does not collect demographic data from its users. This means that the platform operates differently from Facebook and Instagram, as it targets users differently than collecting and selling personal data.

“The real value you get is through conversation. Beyond that, we can and do collect data around keywords that are tracking and what’s trending, and that is something we will continue to flesh out,” said Roche.

For example, Reddit has worked with brands within L’Oréal Group on makeup tutorials ad units within makeup subreddits, as well as more creative endeavors for its La Roche-Posay brand, where dermatologists participated last year in a question-and-answer subreddit called “Ask Me Anything.” For any brand running paid ads within subreddit communities, they can also choose whether to allow users to comment or not. Brands choosing to disallow comments are typically tracking for sales and conversion to their websites, whereas brands keeping comments on are looking more for engagement and to understand the public conversation, said Roche.

“It’s a safer way for brands to engage in conversation with their audiences,” she said.

In addition to allowing the comment feature to be turned off, Reddit also provides brands with whitelisting and blacklisting tools. Reddit only allows ads on certain subreddits of the site and allows brands to create their own keyword list and suppress ads from appearing next to them, according to Digiday.