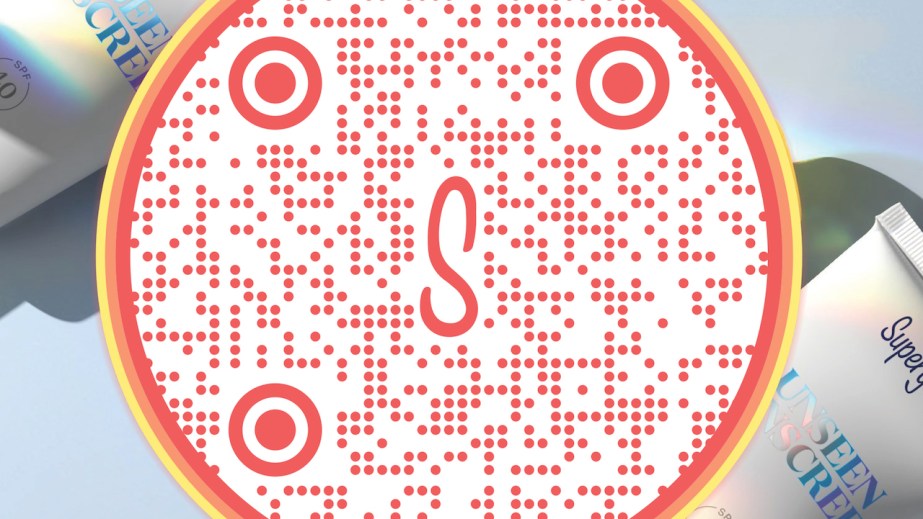 QR codes make inroads in U.S. with ‘shift to contactless’

The QR code, a technology used in China for everything from payments to adding new contacts, is finally catching on in the U.S.

QR codes have been adopted by a wide range of beauty brands as contactless activities become the new normal. In the U.S. market, they can be found on out-of-home ads, TV, desktop campaigns and packaging. QR code usage was already on the rise even before the pandemic. According to Global Web Index, the number of people in Europe and North America who reported using a QR code in the last month doubled between 2015 and 2018. Thanks to pandemic-led hygiene precautions, consumer usage is is shifting dramatically as QR codes can now be found on the menus of half of U.S. restaurants as well as at a growing number of hotels and airports.

“We’re encouraged by usage to date. The feature continues to gain momentum as consumers return to shopping in-store,” said Britany LeBlanc, vp of marketing at Supergoop, when asked about metrics for the campaign. “Our current test is in pilot mode, but we are planning a full rollout of the feature this spring.”

Supergoop is one of many beauty brands utilizing the technology as of late. Bareminerals recently used them to generate UGC for an online event, Anastasia Beverly Hills is putting them on in-store endcaps to promote its new brow app, Aveda is using them for blockchain, and Cocokind uses them on packaging for details about sustainability. JLo Beauty, meanwhile, used QR codes in a promotion connected to Jennifer Lopez’s “Dick Clark’s New Year’s Rockin’ Eve” performance. The brand printed the codes on an MTA train in New York, allowing users to scan for more information.

The ability to access information in an immediate, contactless way has become especially appealing for beauty brands as Covid-19 has caused customers to be wary of testers and face-to-face interactions with staff. In-store QR codes can directly give brands online data on engagement with products, breaking down numbers by store or geographic region.

When QR code reading was made available via iOS cameras in 2017, that “was the tipping point that said there’s an opportunity for a resurgence here in the states,” said Jim Norton, CRO at Flowcode, which created the QR code campaigns for Supergoop and JLo Beauty. QR codes were soon made available on Android and Google Lens as well.

Flowcode was launched in 2019 by former Google Ads chief and AOL CEO Tim Armstrong. He was inspired to start the company after traveling to China and witnessing the ubiquity of the QR code, and saw the potential for a similar trajectory in the U.S. The pandemic has especially “accelerated consumer adoption of QR technology because of this shift to contactless,” said Norton.

“Customers may benefit more from QR codes right now because they are contactless,” said LeBlanc. “Because there are fewer people in store and, thus, less opportunities for face-to-face interaction, we also see a huge benefit from QR codes in providing further education and product information.”