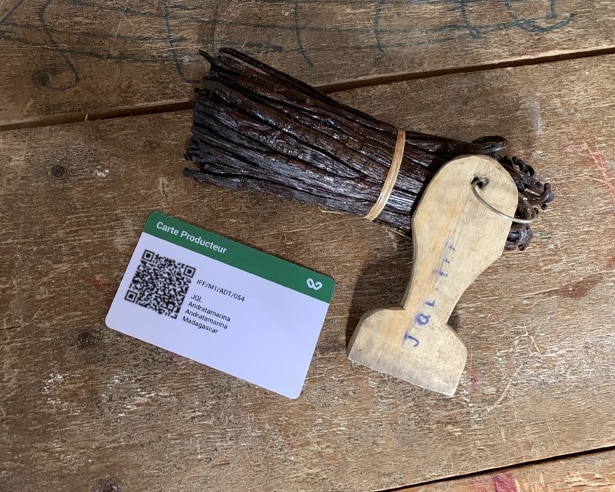 Aveda is getting into blockchain technology to trace its vanilla bean supply chain.

Estée Lauder Companies-owned Aveda launched a pilot in February 2019 with blockchain company Wholechain. At the time, each of its Madagascar vanilla bean farmers was provided a digital ID card that would convey their unique traceability code. This was based off a traditional stamp identification system called a Fitomboka, via a QR reader. Farmers will bring their crops to a local co-op for sale, which is when they can record the sales through the QR code. This information is then recorded via blockchain technology, making it tamper-proof. From the time the vanilla leaves the producer’s hands, it is then tracked through the supply chain on blockchain to validate its quality and authenticity.

Madagascar vanilla is a core ingredient in 125 Aveda products, and is part of the brand’s ingredient story. The first products made using blockchain-traced vanilla will begin to appear on store shelves in the second quarter of 2021.

“[Blockchain] truly makes it extremely objective and traceable,” said Barbara De Laere, Aveda Global brand president. “We can always say that we are doing certain things, but this is the proof in the pudding. It is secure and reliable for the consumer and for all stakeholders to be able to see what is happening with the ingredient along the supply chain.”

There are strong reasons for wanting to keep an eye on the vanilla supply chain. According to a 2018 story from The New York Times, Madagascar produces 80% of the world’s vanilla, and it’s one of the most expensive ingredients. Between 2013 and 2017, vanilla prices soared from $50 a kilogram to $600 a kilogram, which is more than silver. Madagascar has also faced rampant government corruption and instability, a weak judicial system, and massive deforestation issues, according to the CIA World Factbook. Therefore, vanilla crops have become a hotbed for crime, corruption and violence.

For a global brand like Aveda, which is distributed in over 65 countries, the supply chain is a complex and sometimes opaque journey. Aveda works with 450 farmers in Madagascar who harvest vanilla bean which is then shipped to Grasse, France and eventually Blaine, Minn. where Aveda manufactures its U.S. products. The journey from Africa to Europe to the United States takes about six months, said Greg Polcer, Estée Lauder Companies’ vp of global supply chain.

From a consumer perspective, Aveda plans to have a consumer-facing online activation at an indeterminate time in 2021, where customers will be able to see the journey of the vanilla bean from Madagascar to its factory in Minnesota. The ability to trace a product’s roots via its packaging will not be made available, though Aveda is looking into the viability of providing that information in the future. Prima, the CBD skin-care and ingestible brand, and Doterra, essential oil brand, have both employed QR codes on their packaging for consumers to see for themselves an ingredient’s purity and batch code.

“Candidly, we didn’t look for a large return on investment; the pilot was much more about asking: Does it work, and can we see how it works?” said Polcer. “What we’re seeing now is that [gaining] transparency is only a [small] investment in the grand scheme of things, and we believe we can scale it to trace our supply chains for Aveda and many of the other brands in the Estée Lauder Companies portfolio.”