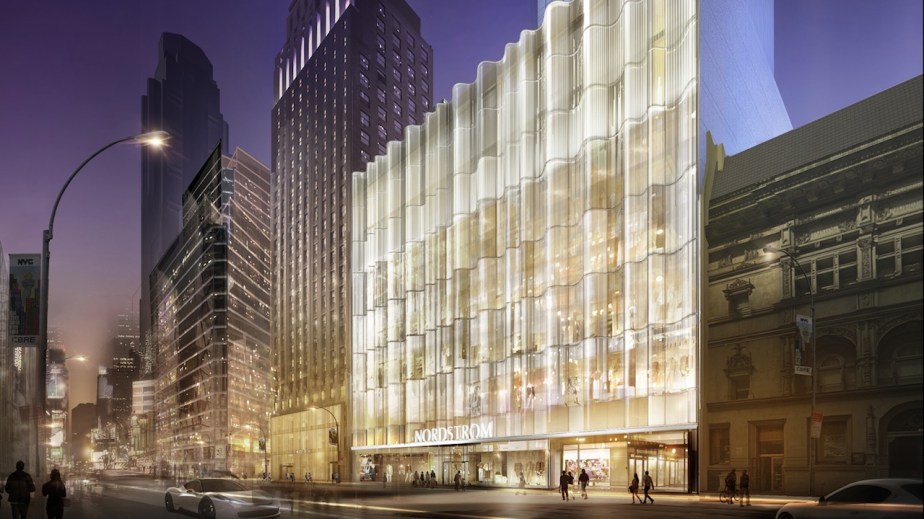 In the midst of Barneys New York’s bankruptcy, the retailers still standing are increasingly leaning on beauty services to drive customers into stores.

On Oct. 24, Nordstrom is set to open its first flagship in New York. The store in midtown Manhattan is seven stories and 320,000 square feet. The beauty department is the company’s largest and covers two levels — one is 8,000 square feet and features a traditional beauty counter experience, and the second, at 6,000 square feet and called Beauty Haven, is dedicated to 110 services. Across its other 119 full-line stores (not including Nordstrom Rack), an average beauty department size is less than half of that.

“This is one of the most important openings in the history of our company, and it’s because NYC is [Nordstrom’s] largest online market and we want to make sure we offer the best of Nordstrom,” said Gemma Lionello, Nordstrom evp and general merchandising manager of accessories and beauty.

Two-year Nordstrom beauty employee Yvette Mitchell has been hired as Nordstrom New York’s dedicated beauty director. This is usually a regional position that covers multiple markets, but it has been tailored to solely handle the NYC store. Mitchell will coordinate events for both services and the main floor, working with existing merchants, buyers and vendors.

Nordstrom has been relatively nimble in its response to retail changes and challenges, but its efforts have not always worked. The retailer has courted DTC brands and influencer collaborations, and opened stores that do not even carry clothes, but its second-quarter earnings saw that net sales decreased by 5%, though the company beat analyst expectations. Online sales did grow 4% and now represent 30% of the company’s total business. Nordstrom does not break out beauty sales, but the department did see “significant improvement” in the second quarter, according to Pete Nordstrom, Nordstrom co-president on its latest earnings call.

Notably, Nordstrom is not the only retailer heavily leaning on services to drive consumers into stores. Saks Fifth Avenue revamped its beauty department to incorporate services in May 2018, and Bloomingdale’s reopened its beauty department in January — it features cross-counter personal beauty stylists, and in its 59th Street location, Anastasia Beverly Hills is now offering brow services.

While Nordstrom can claim four exclusives around some services, like Kate Somerville Botox and lip fillers, LED facial treatments from Light Salon and a Heyday shop-in-shop (Heyday previously expressed disinterest in partnering with a retailer), the vast majority of its offerings are not exclusives. Featured branded services, like Facegym spa treatments and Anastasia Beverly Hills brow services, are also available at Saks Fifth Avenue and Bloomingdale’s, respectively, and general services like blowouts, nails, facials and lash services are offered by all three retailers. Umbrella company Hudson BLVD, which partnered up with Neiman Marcus for its New York debut in 2019, has since closed three freestanding locations of its Valley Nails and Spruce & Bond companies. The Neiman Marcus locations remain open, but under the BLVD name, proving that even service businesses are also taking hits in this retail climate.

The idea for Nordstrom’s assortment is to provide customers the option of spending anywhere from 30 minutes to all day at the retailer, said Lionello. Additionally, Nordstrom tried to offer services that would be applicable to a variety of ages, customer types and tastes. Nordstrom shoppers are, on average, 43 years old, approximately a decade younger than the typical U.S. department store customer, according to WSJ. Sixty-two percent of households making $300,000 or more shop at Nordstrom at least once a year.

Despite a lack of exclusivity on brands, services still bring more consumers into stores and result in shoppers spending more than they otherwise would. “Beauty is very experiential, so that’s why bankruptcies are around apparel stores, and Ulta and Sephora are doing well,” said Barbara Kahn, Wharton School of Business professor of marketing. “You can’t get a facial online, so anything that brings people into the store and keeps them from shopping online [is good].”

“We know there’s a lot of competition in NYC, and retail is always changing, but we try to stay focused on the customer and are hoping to humbly achieve a point of difference one customer at a time,” said Lionello. “We respect our competitors, but we want to stay focused on our New York customers and become their hometown store.”

Nordstrom is relying heavily on events to drive engagement among shoppers, such as meet-and-greets and masterclasses with Ali Webb from Drybar and Somerville. Events will be held almost every weekend, year-round.

“They’re not competing on prices like Walmart or Amazon is, so you have to compete on customer experiences,” said Kahn. “Shopping should be fun, [because] replenishment can be done online.”