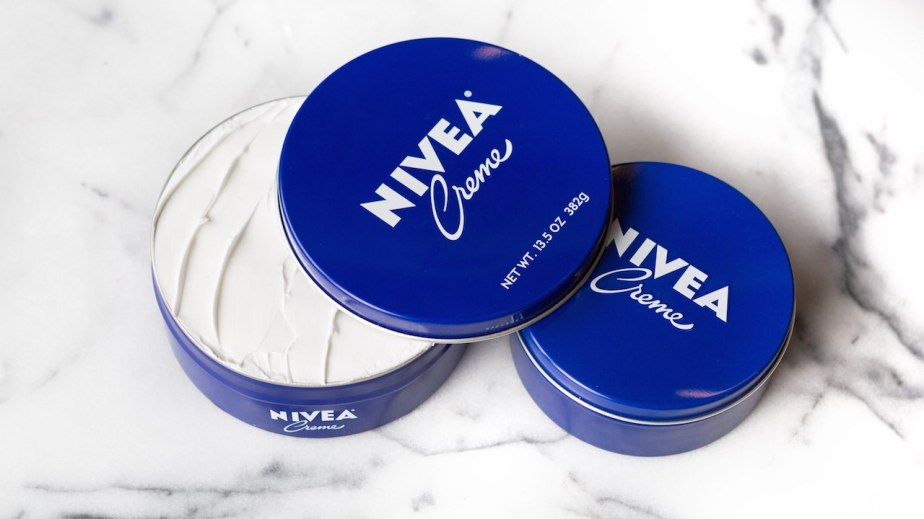 Nivea’s Rethink Soft campaign that kicked off last week is part of a new strategy meant to align the brand with a stronger identity.

Rethink Soft, which began Thursday, Oct. 4, is intended to challenge the notion that the term “soft” is pejorative, connoting weakness. The campaign itself began with television ads on Thursday, followed by a social media campaign with 100 paid influencers, in-store signage at retailers such as Walmart and Target, and a donation of up to $200,000 to Kindness.org.

The brand increased its digital ad spend by 250% to accommodate the ongoing campaign, said Lindsey Brink, Nivea and Beiersdorf vp of marketing and integrated media. Nivea chose to focus on this topic after finding through an internal survey of approximately 1,500 people that 59% viewed the word “soft” as negative. Nivea is a portfolio brand within Germany-based conglomerate Beiersdorf AG, which recorded $7.9 billion in 2018 sales.

Beiersdorf’s portfolio comprises both mass and luxury brands, including Aquaphor,  La Prairie and Coppertone, the latter of which it acquired in May for $550 million. Nivea sales grew by 3.2% for the first half of the year, year over year, according to the most recent earnings call in August. Beiersdorf CEO Stefan De Loecker called out the competition from niche brands in February, stating that “the consumer goods industry … is in turmoil,” as small brands are offering more personalized products and natural ingredients.

As such, Nivea is responding. “We are a company dedicated to skin care and pride and belief in quality,” said Alvaro Alonso, Beiersdorf and Nivea gm for North America. “Of course, with the current global and [U.S. cultural issues], this is not enough for consumers. We believe that having a purpose needs to come from the heart and that [we need to] amplify what this brand is delivering.”

While indie brands have been a hotbed for issues like diversity and inclusivity within beauty and personal care, conglomerate-owned brands have also been integrating progressive ideas around corporate social responsibility. Unilever-owned Dove produced Project #ShowUs with Getty Images in March. Dove currently ranks No. 5 in global sales for beauty and personal-care brands, according to market research firm Euromonitor International, while Nivea ranks No. 2, with an estimated $10 billion to $15 billion in brand value, based on sales. P&G also began 2019 with its own take on the effects of toxic masculinity in society via a campaign for its Gillette brand. It received mixed reactions from the public and was accused of “woke-washing,” in which brands purport to be more socially conscious than consumers believe they are. Gillette ranks No. 4 in global sales, according to Euromonitor.

Nivea itself faced backlash recently when news surfaced in July that a homophobic remark was made during a conference call with advertising agency FCB, which will reportedly not renew a contract with the brand when it expires at the end of the year. Nivea U.S. and the New York office of FCB worked together on the Rethink Soft campaign for the past 18 months, both companies said in a joint statement.

“As to the allegations made, Nivea appreciates and respects individuality and inclusion as important parts of our culture, and we believe our marketing and outreach to influencers has reflected this,” the statement said. “We have zero tolerance for discrimination of any kind.”

To position the brand’s new socially responsible identity, the first leg of the new campaign features above-the-line advertising with television commercials featuring five “real-life examples of softness,” said Brink, and is not tied to a specific product. Typically, Nivea marketing is focused on a specific product or based on a marketing holiday such as National PDA Day. These commercials are meant to target men and women of all ages. Nivea is also rolling out over the next several weeks paid Facebook, Instagram and YouTube ads, in addition to working with both male and female influencers like Hilaria Baldwin (@HilariaBaldwin; 647,000 Instagram followers), who share their own stories of how being soft or sensitive was an act of strength paired with the hashtag #rethinksoft. These posts, as well as brand materials like commercials and blog posts, are also housed on Nivea’s website, NiveaUSA.com/rethinksoft, which also features product information and links to the aforementioned retail partners to complete their purchase.

“The first way to create a conversation is to put it on the table and bring awareness to it,” Brink said. “The other is to link it back to our products.

Notably, the campaign does not feature a call-to-action from consumers to try items from the lineup. Special-constructed endcaps and stickers on packages will inform consumers about the Kindness.org partnership through the end of December.

“We felt as a team that it was most important to shine a spotlight and help consumers understand [softness] is a topic, in general, so they can internalize this message,” Brink said, adding that the brand wanted to gauge consumer response before asking for participation through a call to action.