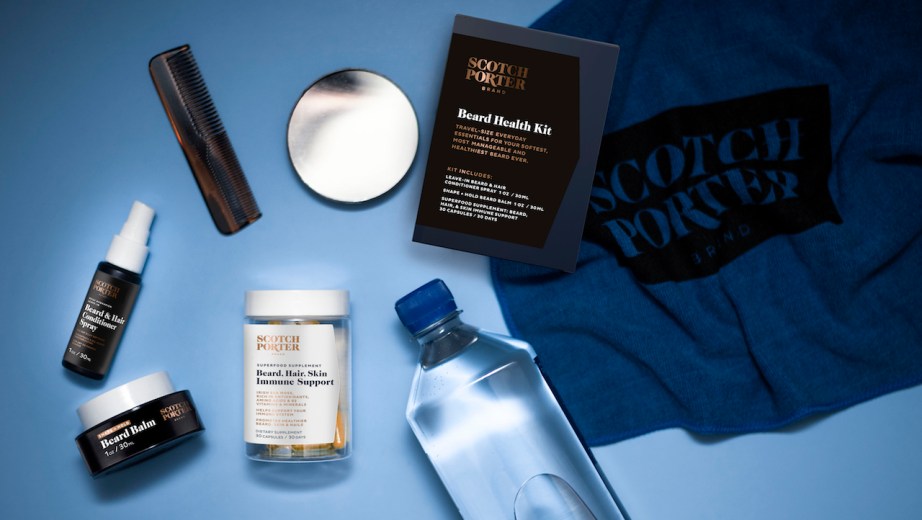 One year since the first Covid-19 shutdowns in the U.S., we’re checking in on the rise of the quarantine beard.

The pandemic’s “quarantine beard” phenomenon has men putting down the razor and picking up the beard oil — which could mark a long-term shift rather than a passing fad.

Beard-care brands have seen a surge in sales, thanks in part to the wide range of celebrities who flaunted quarantine beards on social media during the pandemic. Recently, The Bachelor star Matt James has sported a quarantine beard grown following the show’s taping. He follows a long line of famous figures that that made waves with their quarantine facial hair — Jim Carrey earned over 275,000 likes on his beard growth updates posted to Twitter when the pandemic hit in 2020, while Snoop Dogg also discussed his quarantine beard on Instagram around that time. Growing interest in facial hair is a trend that predated the pandemic, bolstering a contingent of new brands and beard products entering the market with an eye on the long run.

A growing number of companies including large conglomerates and startups have been getting in on the beard market in the past year as online searches for men’s grooming surged once lockdowns began. Overall, the men’s personal care market is expected to reach $75.8 billion by 2027, with 6% compound annual growth from 2020 to 2017, according to Grand View Research. In January 2021, Method Men launched a grooming line that included a beard oil, while The Carlyle Group announced a majority stake in Every Man Jack in December 2020. Henkel launched gender-neutral grooming brand STMNT in September 2020. While Gillette has seen declines in men’s razor sales during the pandemic, it announced the launch of beard-care line King C. Gillette in May 2020.

Beard care is “one of our top-selling categories,” said Calvin Quallis, founder of 6-year-old indie grooming brand Scotch Porter. “It’s a big player.” Launched at Target and Walmart in March 2020, the brand offers a beard collection that includes a beard wash, a conditioner, a spray, a balm and a serum, among other products. Its business nearly doubled year-over-year in 2020, said Quallis. This growth came after the brand closed a Series A funding round for $4 million in January 2020.

Beard-care label Beardbrand has seen a 50% surge in DTC sales during the pandemic. It has created a series of #CoronaBeard videos on YouTube with its “beardfluencer” ambassadors such as Greg Berzinsky, providing check-ins on their beard growth progress. The brand’s Q4 2020 social media engagement was more than double what it saw in Q1.

“Our sales have doubled since 2020,” said Moore. “Eight of the top 10 SKUs are for beard care. We were kind of flat before Covid, [but when the pandemic hit] beard sales just really took off.” He noted that the brand’s $35 beard grooming set has been its most popular beard item.

A wide range of beard products are seeing growth. “Our beard fixer typically accounts for about 30% of sales, and in the last few months, we’ve seen searches for this product jump [by more than] 500%,” said Pergrin Pervez, co-founder of Tribe Cosmetics.

Quarantine beards have taken off because “people have more confidence about being able to test the waters,” said Eric Bandholz, co-founder of Beardbrand. “Once you grow [a beard] for a month, or 2-3 months, then it becomes more part of you, rather than just a style you’re exploring for a week.”

“They are growing it longer, and they’re going for more of a natural feel,” said Sofie Pok, co-creator at STMNT. “They’re not used to the maintenance of having a beard. Now you have to apply [a hair routine] to the facial beard.”

Facial hair is certainly not a new phenomenon, but another trend that had been accelerated by the pandemic, said Audrey Depraeter-Montacel, global beauty lead within Accenture’s consumer goods and services industry group.

She added that expansion of beard-care items was already in many men’s grooming brands’ plans prior to the pandemic.

“When I first started tinkering with beard-care products, I remember folks saying externally, ‘Oh, this is a trend, and it’s soon going to die.’ And that was seven years ago. If anything, it’s gotten much bigger,” said Quallis.

And the recent casualization of work dress codes has helped fuel the trend in recent years. “Work environments aren’t the same,” said Quallis. “Folks don’t have to cut their beard. Beards are part of your personal expression of style.”

Bandholz has been working to promote this change after his experience with strict dress codes while working at Merrill Lynch. There, he felt pressure to not wear a beard, so he quit–starting a graphic design firm, followed by his brand.

“Obviously I’m very bullish on beards,” said Bandholz. “If there are no societal pressures for men, the majority of them would freely choose to have some sort of facial hair, whether it be scruff or a really big, long, gnarly beard.”

He predicted for the future, “As long as society continues to understand that it’s hair just like your head hair, and you can have different styles, you’re only going to see more guys choosing to rock some kind of facial hair. We’re not at peak beard yet.”

Use of AR continues to rise during the pandemic: Anastasia Beverly Hills launches a new brow app.

ELC upped its stake in Deciem.

Clubhouse has become a go-to gathering spot for beauty professionals.

Becca Cosmetics will be coming to an end, and fans are crestfallen.