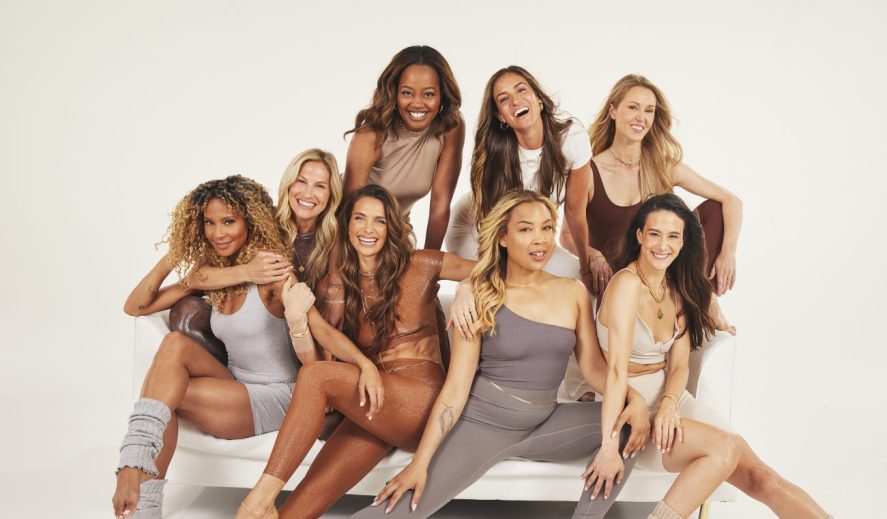 When people were trapped at home in the early months of the pandemic, there was much discussion surrounding at-home fitness. For many people, especially women, the answer was Melissa Wood-Tepperberg, founder of Melissa Wood Health. Wood-Tepperberg is known for her MWH platform, on which she teaches 20-minute classes that draw mostly from pilates with a little bit of yoga.

On Monday, the platform relaunched, which Wood-Tepperberg described as a brand “evolution,” versus a change. Now, for the first time, classes are being offered by instructors other than Wood-Tepperberg — seven, to be exact. Two specialize in pre- and post-natal exercise, and two will introduce an entirely new workout, Dance Flow. Additionally, there will be more content around lifestyle, food, diet and beauty.

The changes mostly aim to accommodate member requests, which have centered on insatiable asks for more content on the platform. These requests come in from multiple channels, including Instagram comments and DMs, emails, and a very active Facebook community.

In anticipation of the evolved platform, @Melissawoodhealth now has its own Instagram account, which accumulated around 25,000 followers in its first 24 hours. The former account belongs to Melissa Wood-Tepperberg, the person — she has 1 million followers. A robust content rollout is the extent of the brand’s marketing plan for the relaunch. “It’s crazy, because we’ve been so fortunate to have our community and our members and the influencers who do our workouts be the fuel behind everything. [Our growth] has been organic, to date,” Wood-Tepperberg said. Among notable MWH fans are Keke Palmer, Cara Delevingne and Shanina Shaik. Of course, the seven new instructors will also introduce the platform to their own followers.

“I started doing this in my living room on a $24 tripod [in 2017]. I had no editing, no lighting. It was really just me and the community that was slowly starting to build,” Wood-Tepperberg said. “The feedback is what has me bringing other people in, because I love everyone’s love for my classes. I’m one person. I give so much, and I’m going to continue to give so much. But I really feel we’re so much stronger and more powerful when we connect and bring people in. So I’m bringing in people who I have a diehard love for, who I trust — I do their work, and I believe in them. And because this community trusts me, I feel it’s just an extension of me. We’re giving you more from me and from these other incredible creators, who I feel everyone will equally fall in love with,” she said.

Wood-Tepperberg said each of the seven new instructors has hand-selected by her over time. She did not train them to teach her own method, but rather will give them the chance them to introduce their own styles to her community.

That said, “like-minded values” were a key requirement of choosing those who would be a fit for the expanded version of the platform, according to Samantha Leibovitz, MWH’s COO. “We’re never gonna have a creator on the platform who’s about body shaming or fat burning. And while everyone brings their individual voice and perspective, and that’s super important to keep and protect, we also have this shared sense of [knowing that] we’re here to improve people’s lives,” Leibovitz said.

Wood-Tepperberg and Leibovitz know that some people will not want to deviate from their routines and will want to stick to classes taught by Wood-Tepperberg herself. “There are gonna be people who are like, ‘Why are you throwing all this out at me? I just want to continue with the same workouts and classes I’ve been doing,'” Leibovitz acknowledged. Simply put, they can — Wood-Tepperberg is not going anywhere. “This is the founder who’s literally on the mat with us,” Leibovitz said. “This is offering more for those who want to dive a little deeper, explore other things and have a one stop shop for all of this.”

“Some people wanted more challenging, more amped-up workouts. So, Kim [Strother] is perfect because she [offers] a blend of low-impact meets high-intensity for that person who wants that. To be able to give the member base more options and more offerings is what this was all about. You can marry and blend different things together and, still, at the end of the day, everyone wants results. And that’s what they will continue to receive,” Wood-Tepperberg said.

In spite of the additional offerings, for now, the price will remain the same. MWH is, and has always been, $99 a year. Competitors charge nearly double, if not more. “For me, it goes back to why this started. It was to make mindful wellness accessible and attainable for all. And the price point plays such a big part in that,” Wood-Tepperberg said. “Things could change with more offerings, and [there could be] more or different tiers of prices. But I wanted to just focus on the more, and keep the price point where it was, for now, because it’s been such a massive part of people continuing to stay on as members.”

MWH offers a free 7-day trial — Leibovitz said that trial has an 80% conversion rate. Based on its own surveying of its members, MWH found that 98% of its members are “incredibly satisfied with their overall membership and find the classes more enjoyable and accessible than other programs.” According to the same survey, one-third of its members workout on the platform five or more times a week.

“I don’t want to call it phase one. It’s like, phase 20 — but there is lot more to come,” Leibovitz said. “This is a super important moment for the brand, for everything that we’ve been building towards, to be able to have that enhanced experience for our members.”