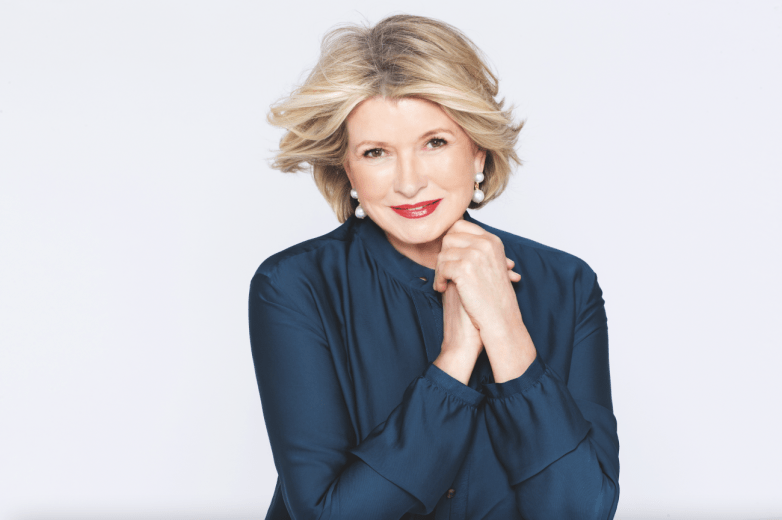 Martha Stewart is the go-to TikTok influencer for luxury beauty

Clé de Peau, the Japanese luxury beauty brand owned by Shiseido, has teamed with Martha Stewart, the 80-year-old icon, for its first TikTok campaign. Of course, it’s not the first time a luxury brand has experimented with TikTok. For example, in October, Prada hosted a #buckethatchallenge — but, for that, it employed TikTok native (and very young) influencers like Bella Poarch. Recognizing that TikTok has become more than just a Gen-Z app, Clé de Peau went all-in on a five-video campaign with Stewart, already an organic fan of the brand.

In the first video, which went live on TikTok on Tuesday, Stewart references her viral Instagram post from July 2020, in which she’s shown pouting up at the selfie camera from inside her East Hampton pool. The video is labeled “Thirst Trap 101 with Clé de Peau.” As I write this, it was posted seven hours ago and has over 165,000 views. One commenter wrote, “I didn’t have ‘Martha Stewart teaching me how to make a thirst trap’ on my 2022 bingo card but here I am and I’m not mad😅” Stewart also posted the video to her Instagram, where she has 1.5 million followers.

Stewart’s popularity has risen in the past few years: In 2016, she debuted a TV show with Snoop Dogg called “Martha & Snoop’s Potluck Dinner Party,” which ran until 2020. In 2020, she launched her own CBD products, including gummies, via the brand Martha Stewart CBD. Just two weeks ago, topical products were added to the collection.

As far as partnering with Stewart, Clé de Peau was attracted to her organic “passion” for the brand, as well as the “chemistry and authenticity” that she brought to a brand campaign, said Alessio Rossi, evp of U.S. Shiseido, Clé de Peau Beauté and head of digital transformation for the Americas. Stewart was an extremely involved partner in the campaign, invested from pre- to post-production, he said.

“Martha is an icon across multiple generations, and she has an appreciation for quality, for a life that is well-lived,” Rossi said. “She is selective, but she’s also very authentic and very relatable to many different audiences. So we thought we could do something together.” Simultaneously, the brand had been considering its TikTok debut. Ultimately, the two things combined “very nicely,” he said.

The brand is impressed with the initial reaction, though it expects more views by the time the video hits 24 hours. The video that went live on Tuesday is also the first of a series of five, all of which are injected with humor and “storytelling,” Rossi said. As such, the videos “fully respect what the audience on Tik Tok expects to receive.”

Clé de Peau’s goals are to increase brand awareness, as well as promote its newly reformulated hero, the Concealer SPF 27. The product is a favorite among beauty insiders, and for Stewart.

For Stewart’s part, she joined TikTok in October 21 and already has 845,000 followers. In a press release about this partnership, Stewart said, “I’m very curious. And I wanted to see how to corral TikTok to be valuable to my business, broaden my demographic and audience, and understand new technology. I will continue to learn and master whatever technology comes along.”