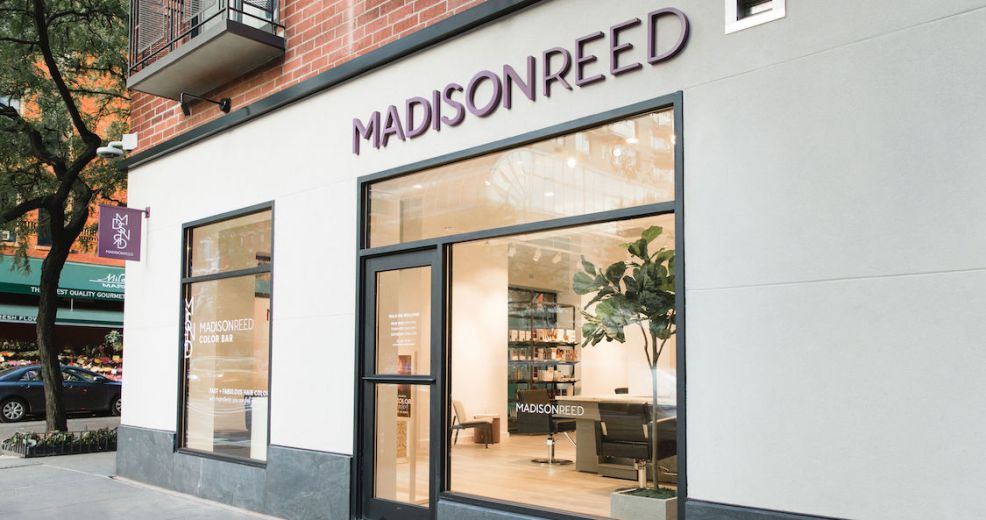 Madison Reed ramps up its omnichannel approach for 2022

At-home and in-salon hair-dye company Madison Reed is kicking its expansion plans into high gear for 2022, following significant growth over the past three years.

About 75% of the new salons will be in its 16 existing markets, including New York and Los Angeles, demonstrating how the DTC e-commerce native brand is refining its omnichannel strategy. In January 2019, Glossy previously that Madison Reed had received $120 million in outside capital and had grown 60% year-over-year sales since 2014. Errett declined to state current sales or growth figures.

“We are probably the poster child of an omnichannel business. We are here to serve [customers] in any way they want to be served. We’re going to open a lot more hair color bars so that we are in regions that people can visit, and if they’re an at-home user, we have [products for them],” said Errett.

In Sept. 2019, Madison Reed signed an agreement with Franworth franchise consulting group to franchise its locations. However, this plan was never realized and will not proceed, said Amy Errett, Madison Reed CEO. Errett said that, as Madison Reed would be unable to control several decisions if it pursued a franchise strategy, doing so didn’t feel appropriate amid the tenuous nature of Covid-19. Though Errett said she “never says ‘never,'” she also said she does not expect Madison Reed to pursue franchising in the future.

Like many other at-home hair-dye brands, Madison Reed experienced a surge in sales throughout 2020 and lasting strength in 2021. The last two years have seen interesting developments between in-salon and at-home hair dye. For example, the at-home hair-dye brand Color Only opened a flagship salon in Florida in Sept. 2020. And the in-salon service known as hair glossing has become a recent DIY at-home option, with the launches of Color&Co’s Color Glossy Conditioner launch in April and the Nous at-home glossing brand in December. According to data from The NPD Group, the hair-dye category experienced a 17% lift in year-over-year sales between Jan. 2021 and Nov. 2021, and a 77% increase compared to the same time in 2019.

“Today, amid many uncertainties, we’re seeing glimmers of normal life return, which is helping the beauty industry to experience renewed growth across all its categories,” said Larissa Jensen, beauty industry advisor at The NPD Group.

For its part, in 2020, Madison Reed beefed up its augmented reality capabilities, so that women could better see the results of a product before using it. It also added blow-dry styling and balayage highlighting services to its offerings. Madison Reed will launch an undisclosed number of new products in “hair color adjacent” categories in 2022, said Errettm though declined to elaborate. In addition, Madison Reed will hire 750 colorists next year to support its brick-and-mortar expansion.

“[In 2020] the woman who may never have colored her hair at home before [Covid-19] was converted into being an [at-home and] online customer. Now there is a massive return to experiences, sustainability authenticity of a brand, [better-for-you] ingredients, ease and convenience of use, and convenience of using technology,” she said.

She said that, in existing markets with salons, there is also “significant” sales penetration via Madison Reed’s DTC e-commerce site and Ulta Beauty. In 2019, Madison Reed refined its retailer strategy with an exclusive relationship with Ulta Beauty, which it first joined in April 2017. Before this shift, Madison Reed also had a relationship with QVC and Sephora. Errett said that 20% of customers are “dualists,” meaning they dye their hair at home with Madison Reed products and also go to the salons for dying.

“When we penetrate a region significantly, then it floats every boat,” she said. “And the [salons] are busy. Once we get a foothold in a region where the brand has resonance, that’s where we see the [customer adoption] point.”