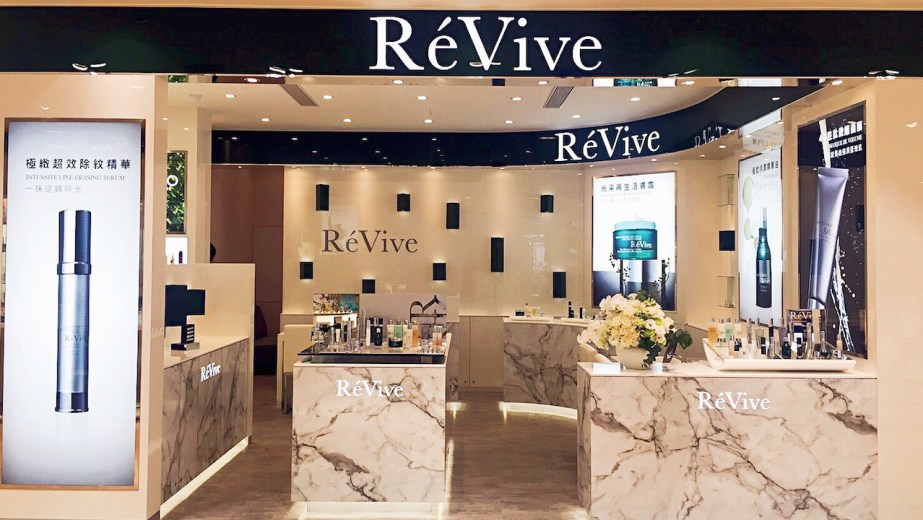 After being acquired by Tengram Capital Partners in December 2017 for an undisclosed amount, luxury skin-care brand RéVive is gearing up for large-scale international expansion in 2019, with a particular focus on China.

Founded in 1997 by plastic surgeon Gregory Brown, RéVive was sold to Shiseido Americas in 2016 before being bought by Tengram, which also owns Lime Crime, Cos Bar and Algenist. RéVive is currently distributed in the U.S., the United Kingdom, Hong Kong (through the retailer Joyce) and Taiwan (via multiple brick-and-mortar retailers), but it is entering 10 new markets throughout 2019. Those include mainland China and Thailand in April, Germany and Russia in May, and Australia in the fourth quarter.

The brand is sold through Neiman Marcus, Saks Fifth Avenue and its own e-commerce site in the U.S., and SpaceNK and Harrod’s in the U.K. But as it stretches beyond Hong Kong and Taiwan to enter mainland China, it is taking a different approach to retail, leaning into e-commerce sites and social platforms. It will launch on Taobao in April before joining social media shopping app Red (also known as Little Red Book or Xiaohongshu) and Alibaba’s Tmall platform in May.

The brand is banking on China as its biggest market after seeing that 15-30% of its customers in the U.S. are actually Chinese tourists who buy products in bulk to resell them in China (known as daigou).

Currently, sales in the U.S. make up almost 75% of the brand’s business, said Elana Drell Szyfer, CEO of RéVive. At Harrod’s, sales have tripled in the past year, with the Chinese customer representing 50% of those shoppers. In 2018, its first year of new ownership with Tengram, total revenue increased by 30% to approximately $20 million, according to Szyfer.

This year, RéVive will be dedicating 25% of its marketing spend to the Chinese market.

“Everything the brand has done to date, has made it right for a launch in China,” said Szyfer. “If you have a brand that doesn’t have awareness, there’s a long process for entering the Chinese market through cross-boarder e-commerce.” Tmall evaluates brands based on considerations like available inventory, popularity and social media following, and brands can take months or years to become relevant to influencers (or key opinion leaders, as they are known in China) and the Chinese media, she said.

The expansion into China comes as a pivotal moment within the Chinese economy. The Chinese government has promised to crackdown on daigou since January 2019 and now requires daigou merchants to register and pay taxes on their imports. If they do not, they could be fined up to almost $300,000 for illegal business and tax evasion. Subsequently, beauty conglomerates like Shiseido, Amorepacific and The Estée Lauder Companies have all been steadily expanding their official presence in China largely through Tmall.

Although RéVive has seen an increase in sales and knows it has brand awareness in Asia, it is trying to figure out how to translate its brand equity in a digital-first, social media-driven landscape, said Dr. Brown, who also reinvested in the brand and is a board member.

In Western countries, RéVive has been focused on a high-touch approach with influencers in order to foster long-term paid and unpaid relationships. For example, in March, RéVive hosted a dinner with micro-influencer Katherine Ormerod (@katherine_omerod; 51,300 followers) in the U.K. Also last month, it hosted a one-day event for 20 valued customers at a Neiman Marcus store in Newport Beach, California, which netted RéVive at least $50,000 in sales, Szyfer said.

The brand has been monitoring its organic performance on Chinese social media like Weibo, WeChat, Red and BiliBili.com, and is in the process of formalizing its social media strategy and partnerships with key opinion leaders. For example, one influencer organically posted on Weibo about RéVive’s foundation primer in November 2018; she has nearly 1 million followers, so it was the equivalent of a free $15,000 ad for RéVive, according to the company.

“The world has changed, but we all know that, because of technology, there is a backlash where people still crave one-on-one relationships. In [all markets], we answer that through high-touch experiences in-store and how we communicate with customers and service,” said Szyfer.