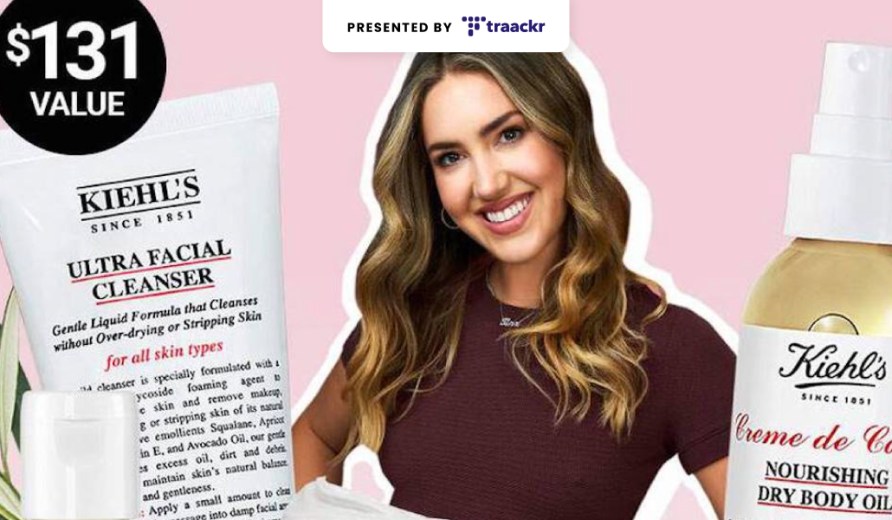 Kiehl’s has partnered with Christina Najjar, known as “Tinx,” on its first partnership with a content creator from TikTok. The goal is to drive the 170-year-old brand’s modernization and reach a new generation of skin-care consumers.

Najjar, who has 1.3 million TikTok followers, developed “The Tinx Edit,” a collection of her five favorite products from the brand. They’re available to purchase individually or in a bundle that’s available exclusively on Kiehls.com for $98. It was released on Aug. 23 and is available until sold out. L’Oréal-owned Kiehl’s joined TikTok with its own account in January 2021, and a “huge part” of the brand’s marketing investment is currently geared toward TikTok, said Ramzy Burns, gm of Kiehl’s U.S. Burnz added that the brand has accumulated over 1.6 billion TikTok views.

“Talent like Tinx and the new generation of TikTok content creators are shaping the future of luxury brands by bringing accessibility to their consumers,” said Burnz. “Our goal [for the Tinx partnership] was to drive awareness by driving unique views on TikTok.”

The collection was gifted to 700 beauty influencers in August and September. Additionally, 100 people were able to sign up on Kiehls.com for a free kit via a raffle that resulted in 2,000 sign-ups within the first hour. The giveaway led to 141,000 total views on TikTok through the hashtag #TheTinxEdit, largely from Gen-Z consumers. Kiehl’s announced the partnership with an email to its customer database and an SMS text. It was also featured on a custom landing page on the DTC e-commerce website, which led to an editorialized product page. Najjar’s posted a video announcing the TikTok collab on Aug. 23 in which she explained the products in the kit. The video was viewed over 83,000 times and received over 3,000 “Likes.”

Kiehl’s relationship with Najjar began in Fall 2020 after she posted an unpaid TikTok video highlighting its Rare Earth Mask as her favorite mask. Najjar said the idea for the kit came up in general discussion with Kiehl’s, as Najjar’s TikTok content heavily consists of lists and guides.

“There’s so much information and products out there, so when you can have a content creator you trust say, ‘This is the best,’ it takes out the guesswork,” Najjar said. “I joke that I’m kind of the president of an imaginary enormous sorority. I try to listen to my followers as much as I speak to them, because it’s a two-way conversation. When I wake up in the morning, I ask myself, ‘How can I serve them today? What can I do to entertain them or inform them or delight them or help them?’”

Kiehl’s own TikTok has over 85,000 followers and 2 million cumulative “Likes.” Kiehl’s content typically consists of product education videos produced by the brand or influencer partners discussing specific products. Throughout September, Kiehl’s is also posting videos in partnership with the Trevor Project about self-care and suicide prevention. Kiehl’s declined to share the terms of its agreement with Najjar.

Among other modernization tactics from Kiehl’s globally, the brand added facial services to its standalone stores in Jan. 2020, while in the Philippines, Kiehl’s introduced a refillable program in July. At the same time, it announced the closure of eight (out of 24) standalone stores in Canada, to refocus on e-commerce. Its parent company, L’Oréal Group, announced its status as carbon neutral within the U.S. on Monday.

In the first half of 2021 ending in June, L’Oréal’s luxe division, which includes Kiehl’s, reported a 28% sales growth year-over-year. L’Oréal Luxe benefited from the recovery of in-store sales, a sales “explosion” for the fragrances category, accelerated online sales and an increase in market share driven by skin care, according to the earnings report.