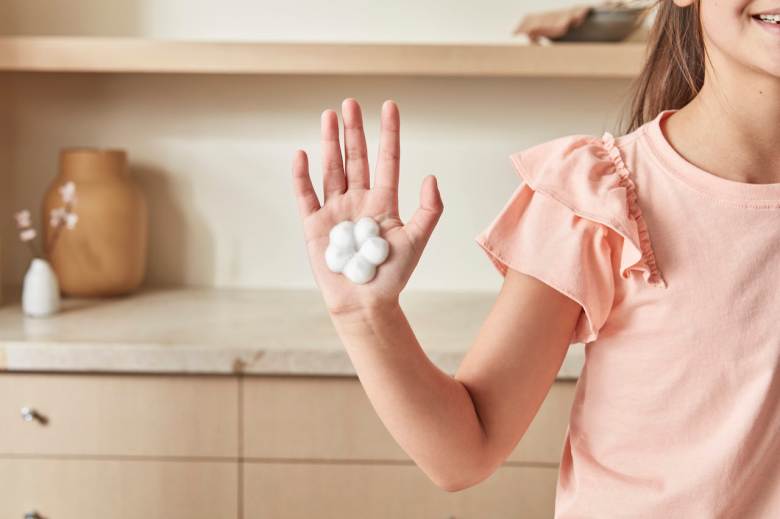 With new personal care brand, Kao Corp. aims for name recognition in the US

Japanese-based CPG company Kao Corp. is deepening its outreach in the U.S. through its MyKirei by Kao personal care brand.

Kao Corp., which also owns Molton Brown. Bioré, Jergens, John Frieda and Oribe, among many others, launched MyKirei by Kao via Amazon in April 2020. MyKirei by Kao is the first Kao Corp. brand to launch first in the U.S. market, and sells hand soap, shampoo and conditioner for $18 each. Through a new in-person campaign called Healthy Hands, MyKirei by Kao plans to teach school children across the country how to properly wash their hands. This new U.S. initiative is an extension of Kao Corp.’s program in Asia, where over 130,000 children have been taught hand-washing hygiene since 2009. Schools with students who are back in the classroom for at least two days a week across cities including New York, Los Angeles, Atlanta and Dallas can participate.

“MyKirei by Kao is a completely new brand [for Kao Corp.] in the U.S. marketplace. Our aim is to understand customer usage and, based on that, pivot and extend the brand. We’ll go direct-to-consumer in the U.S. in the near future, and we’re looking for other strategic [retail] partners,” said John Sullivan, vp of business growth and international at Kao USA.

Sullivan said that Kao Corp. is trying to use MyKirei by Kao and the rest of its portfolio brands to “make a statement” around its ESG (Environmental, Social, and Governance) strategy, which was announced in 2019. Among 19 ESG pillars related to bettering consumers’ lives, there are commitments toward becoming a zero-waste company and ensuring 100% responsibly-sourced raw materials by 2030. MyKirei by Kao, which refers to the Japanese word “kirei” meaning “pretty,” “lovely” or “beautiful,” is part of the public-facing branding of ESG and Kao Corp. MyKirei by Kao is expected to earn $1 million in sales in the first 12-months, Sullivan said.

MyKirei by Kao’s strategy is not the only business development at the conglomerate. On Jan. 1, Kao Corp. appointed a new CEO and president, and under this new direction will prioritize investments in digital technology. Kao Corp.’s cosmetic division sales in the Americas, which includes those driven by Molton Brown and Curél, declined by 6.3% in 2020 compared to 2019. Meanwhile, skin care declined 1.3% in the same timeframe, according to its year-end sales results. The Americas accounted for 9% of Kao Corp.’s overall business, but has not publicly shared expectations for regional growth. Kao Corp. is the 10th largest beauty company in the world, according to WWD data. In February, Kao USA launched its first hair-care line for natural and curly textured hair called Wakati.

“There are a number of CPG companies seeking to refresh and restructure their businesses, and move into more profitable categories or product lines through innovation or acquisition,” said Charlie Ballard, client program manager at Ipsos.

MyKirei by Kao is relying on the Healthy Hands campaign to generate awareness and achieve ESG’s goals. Kao USA commissioned a special jingle featuring instructions for handwashing to teach students. Between March and May, each participating student will take home a free bottle of the brand’s Yuzu Flower Foam Hand Wash. The refillable soap bottle experienced a level of viral fame in 2020 because the dispenser deposits a foam flower on the palm of the users’ hands. Kao USA and TerraCycle will hold a recycling contest that will award up to $5,000 in prizes to the top three schools that recycle the most MyKirei by Kao refills. The prizes include a garden bed for schools made from recycled packaging

“[The objective is that] the name of Kao as a corporation and the brands that we represent get more visible to the average consumer across the West,” said Sullivan. “We are going to do that in a way that’s unique to Kao and that communicates what our brand stands for through a differentiated launch strategy and product portfolio.”