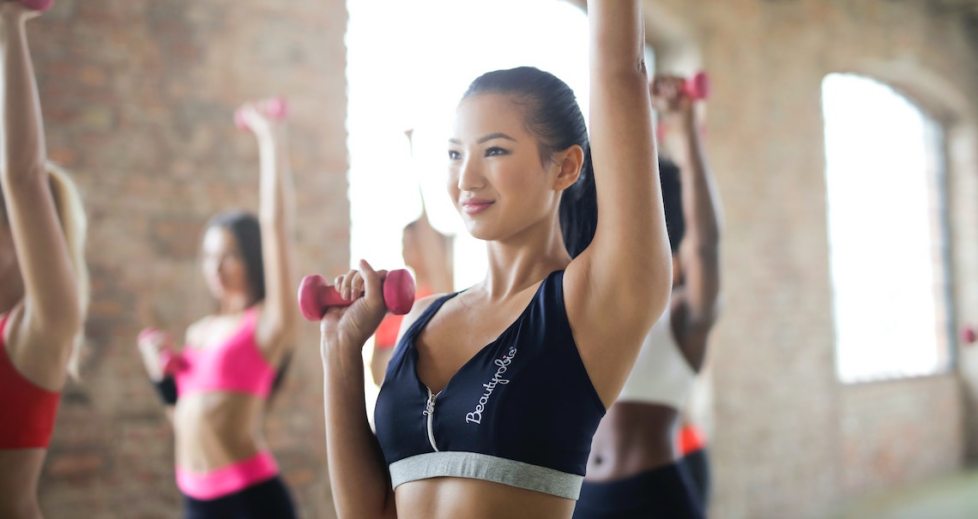 Is cycle syncing wellness’s next frontier?

Cycle syncing involves modifying what you eat, how you exercise and even what beauty products you use, according to the phase of your hormonal cycle. The four phases of a hormonal cycle are menstruation, follicular, ovulation and luteal. Unlike men, whose hormonal cycles operate on a 24-hour cycle, women’s hormones run on a 28-day calendar, meaning that there is more variation in mood, energy, libido and skin conditions. And, therefore, there are more commercial opportunities around managing these changes for brands to tackle.

A new crop of companies has popped up over the past three years, catering to the cycle syncing concept. In 2019, Flo Living launched, focusing on syncing the hormonal cycle to food, claiming to rebalance hormones via nutrition and supplements. Fitness companies like P.Volve, Psycle and Nike’s Training Club app have all added cycle-syncing workouts to their exercise portfolio. And startup period care brands Rael and Hummingway, which launched in 2017 and 2022, respectively, focus on “cycle care,” including with beauty products like face wash and acne treatments. Beauty products, in particular, are a ripe area for cycle syncing. For instance, dermatologist Dr. Whitney Bowe shared the concept of skin cycling ties different phases of one’s cycle with her beauty products, which in turn has gone viral on TikTok. On TikTok, the hashtag #SkinCycling has been tagged 131 million times, while #CycleSyncing is just behind it at 125 million.

“When we think of [menstruation], or we think of cycle care, we think of [the week of] bleeding. But behind the scenes, a whole show happens so that we can even have our period,” said Dr. Anna Arabyan, PharmD and adjunct lecturer at the University of Southern California. “When we understand our cycle, we can support it from different levels, and that’s how you get better overall wellness, skin, energy and well-being.”

One can view cycle syncing as the nexus point between the accessibility of biometric data via tracking apps such as Apple Health, and the increased awareness around the nuances and contours of women’s health. Wellness is often viewed as a response to the lack of attention the medical community provides to women, driving them to find their own solutions and homeopathic remedies. Now, cycle syncing, part of the larger FemTech consumer space, is making its way out of internet forums and blogs and into the mainstream. According to a 2022 report from McKinsey, FemTech’s current market size is $500 million to $1 billion. Funding for the category reached $2.5 billion by early December 2021.

“I see cycle care as part of a broader and long overdue shift in investment dollars to support brands and founders whose vision is to help women better understand their bodies,” said Rachel Harris, partner at Unilever Ventures, which invested in Rael. “Bringing the previously taboo topic of the menstrual cycle into the open [educates] women about how this might impact [among many things] their skin, sleep, mood, sex drive and energy. A holistic brand like Rael allows women to make more informed decisions about diet, exercise, skincare and other lifestyle choices across the various stages of their cycle.”

But cycle syncing as a movement is not without its critics. Traditional period-tracking apps have been criticized for not adequately knowing how women’s bodies and reproductive systems work. They also potentially serve as a surveillance tool in a post-Roe world. Investor, well-known conservative and Trump supporter Peter Thiel invested in the cycle-syncing workout app 28, which has ties to the conservative women’s publication Evie. The New York Times noted that Flo Living could potentially cost customers $1,200 a year for its 60-day supply of dietary supplements, making it a cost-prohibitive lifestyle. Dr. Louise Klintner, PhD, researcher and impact lead at the philanthropic investment portfolio The Case For Her, also called out the lack of medical evidence suggesting that cycle syncing is clinically beneficial.

“We must keep studying women’s health and learning about it. We should be completely open to women experimenting with their own bodies,” said Dr. Klintner. “[But] there hasn’t been enough research done to prove [cycle syncing]. When we start defining women by their cycles, we’re making assumptions about women and their bodies, and [then] … an outsider thinks they know more about you than they do.”

As topics like menstrual leave and studying female anatomy gain support from society, medicine and governments, there’s potential for cycle syncing to gain legitimacy as a lifestyle and cultural conversation.

“The more empowered women, girls, teenagers are and the more bodily autonomy we have, the more we’ll be able to break down stigma barriers and express our needs and wants in ways that traditionally haven’t been accepted,” said Dr. Klintner. “These new [women’s health] companies are having to not only create an entirely new product but also create demand for it.”

Fostering demand in consumer spaces often comes down to educating the masses first. Rael has doubled down on educating consumers about cycle syncing and cycle care since the beginning of 2022. From October 7-20, Rael ran a weekly satire series on TikTok inspired by the four hormonal phases. In the videos, four female comedians embody the four phases and live together, as though in a reality series. Rael products, such as its four sheet masks, were placed throughout the series. Each mask is correlated to the different menstrual cycle phases, such as hydration during menstruation, acne during the luteal phase, brightening during the follicular phase and collagen-boosting during ovulation. Sorah Park, CMO of Rael, said that Rael is measuring success based on views and engagement; it is engaged with TikTok to measure brand sentiment and awareness pre- and post-campaign. She added that it is the brand’s biggest marketing investment this year, without disclosing figures.

“There is a big gap in education around understanding the menstrual cycle. It hasn’t been a big part of the conversation, and there’s been a lot of stigma surrounding these topics,” said Park. “Hopefully, the campaign gets the consumer more interested in the idea of paying attention to her full cycle and not just the days she’s bleeding.”

According to the company, the TikTok campaign has garnered nearly 11 million views on TikTok thus far, with over 196,000 video likes and 860 comments. Rael’s TikTok profile views are up by 789% month-over-month since launching the campaign on October 19. Rael also hosted an influencer event called Rael Cycle House in August in Los Angeles, where the brand used four rooms in a house to represent the different menstrual phases. Within each room, influencers could indulge in different treatments corresponding to each phase. There were IV drops and B12 vitamin shots in the menstrual phase, facials in the luteal phase, ear seeing and acupuncture for the ovulation phase, and a panel discussion for the follicular phase. Rael recreated this event in September at The Grove in Los Angeles for consumers, where it sampled products.

“Skin-care-focused brands and other period care brands are venturing more into this [cycle syncing] territory,” said Park. “Rael [wants to be] a leader in starting that trend by raising that awareness around the relationship between your hormonal cycles and your skin [and] energy.”

According to Spate data, skin cycling searches have increased over 1,000% year-over-year since last year. Cycle syncing first gained search traction in 2020 and is still growing, with a 153% year-over-year increase. Interest in cycle syncing even surpasses skin cycling, according to Spate data. Skin cycling gets an average of 7,000 monthly searches, while cycle syncing sees an average of 8,000 monthly searches in the U.S., according to Spate. In addition to Dr. Bowe launching her skin cycling brand, others have latched onto the concept. Brands like Go Pure Beauty, Glow Recipe, Curology, Summer Fridays and Youth to the People have created their own TikTok videos related to the trend. It’s also made its way outside of the social media platform. Clean beauty brand and retailer NakedPoppy sent a marketing email on October 15 with the subject line “Is ‘Skin Cycling’ Right For You?”

“It’s understood that women’s [hormones] are cyclical, but that doesn’t mean we should normalize things like extreme acne or uncontrollable crying,” said Dr. Arabyan. “Ironically, companies that started with period care and skin care are educating people [on cycle syncing], but it will have a bigger impact than an academic setting.”