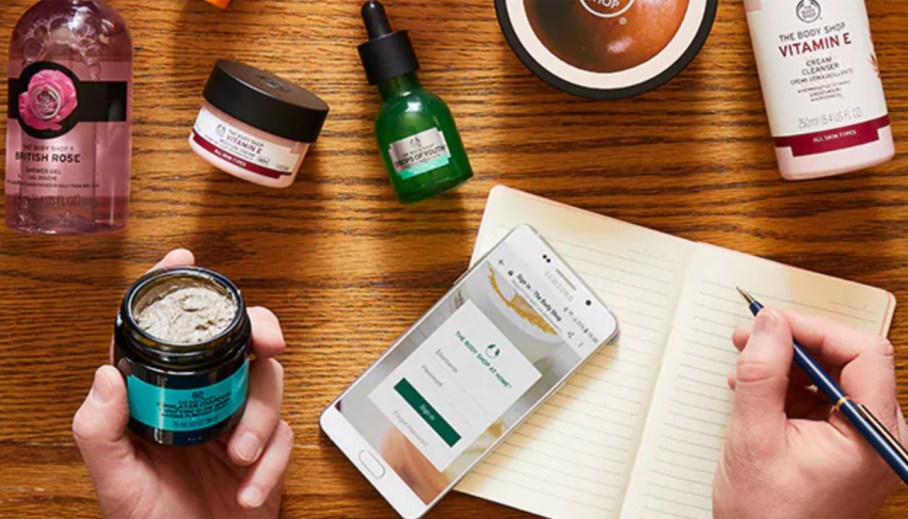 Beauty & Wellness Briefing: Inside The Body Shop’s social-selling play for the U.S.

Since being acquired by Natura & Co. from L’Oréal in 2017 for a reported $1.1 billion, The Body Shop has been working hard to get back to its purpose-led roots.

The once-beloved British brand was founded by Anita Roddick as a way to support herself and her daughters while her husband was traveling. It was one of the first companies to prioritize natural, cruelty-free and ethically-sourced ingredients in 1976. After a heavy product promotion period while within L’Oréal’s portfolio from 2006-2017, the 44-year-old brand has now re-emphasized its activist roots and storytelling. Its latest social selling play, The Body Shop At Home, is borrowing from a tried-and-true Roddick playbook.

The Body Shop At Home has been active since 1994 in countries like the U.K. and Australia, but the U.S. pulled back from that model in 2008 — just around the last recession. However, during Covid-19, social selling in beauty has picked up steam in the states. Beautycounter, for one, saw its consultant sign-ups double in March. Likewise, Stella & Dot — with its namesake fashion line, Ever skin-care brand and Keep accessories line — also “saw a spike in engagement,” said founder and CEO Jessica Herrin. Beautycounter has about 50,000 independent representatives, while Stella & Dot has approximately 30,000. Herrin and Beautycounter CEO Gregg Renfrew attributed new consultant growth to pandemic-related job loss and furloughs, as did New Avon.

Within the U.K. and Australia, The Body Shop At Home has grown to 27,000 consultants, and since June, the brand has quietly been building up its U.S. presence again. Through marketing the program on its site and via email to customers, the program has grown to over 6,000 representatives in the U.S. in about 90 days.

“When you look at the history of The Body Shop and Anita, specifically, she was a big believer in business being a force for good,” said Michelle Jones, head of The Body Shop At Home in the U.S. “When she discovered the direct selling channel, at that time, those consultants could leverage the brand a lot faster and be more impactful than just [selling through] retail stores. With Covid[-19] and more people trying to figure out how to make a living wage, The Body Shop At Home has seen a massive spike in the last few months. This is why we wanted to bring it here.”

Jones said the social selling channel was not a priority for L’Oréal. Other beauty companies have struggled with the enterprise, too; Coty sold off its 60% stake in Younique last August. At the time, then CEO Pierre Laubies said, “The weakness is relatively simple. Younique, like all multi-level marketing businesses, [has gone] through a phase of classic hype. Unfortunately, we are in the de-hype phase.” Natura & Co, meanwhile, especially values the social selling model, evidenced by its acquisition of Avon Products last year.

In the U.S., The Body Shop has over 100 of its own locations and sells through its website, as well as through Ulta. Jones said that while the U.S. launch of The Body Shop At Home was planned pre-pandemic, it was accelerated due to the still uneven retail environment. Moreover, the U.K. and Australia Body Shop At Home businesses are proof that this program can work for the brand: The U.K. has seen a 51% increase year-over-year in new consultants and an 80% increase in sales, and Australia has seen a 135% jump in consultants and a 61% increase in sales.

Jones sees The Body Shop At Home as an opportunity to rebrand The Body Shop in the U.S, through word-of-mouth, Facebook, Instagram and TikTok. Through the program, consultants pay $79 to sell 12 of The Body Shop’s products in exchange for a 20-35% commission on every item sold. These representatives are also given a co-branded e-commerce website, to make transactions seamless for both users and customers, as well as video and social media tools that are new daily. In second-quarter 2020 results, Natura & Co reported that The Body Shop has seen a 230% year-over-year increase in online sales, emphasizing that digital is key to the program’s success.

Ryan Napierski, president of multilevel marketing company Nu Skin, echoed something similar. “Transactions are growing. Our influencer base is becoming more productive at acquiring customers through our digital properties. So for us, with this convergence, we’re seeing good revenue growth throughout the West. I would say the gig economy [is] probably the driver here. As more and more people are seeking alternative streams of income, our micro-influencer opportunity is becoming more appealing and allows them to be on par or [as effective as] a retail store.”

The products available through the Body Shop At Home are within the brand’s top 25 best-sellers, so recognition for the merchandise already exists. However, this assortment does not overlap with Ulta’s offering of the brand. Additionally, The Body Shop At Home plans on launching limited-edition items first before they hit non-direct channels, including an advent calendar for the holiday season.  The ensures safeguarding both sides of the omnichannel business, said Jones.

“This is a way for people to get to know The Body Shop. A lot of people in the U.S. still don’t, or if they do, it’s because they used to live in a city where we had a store or went through an airport selling our body butters. We’ve pulled back on that model over the years, but we think e-commerce and social is where we can say, ‘We’re in business!'” — additional reporting from Liz Flora