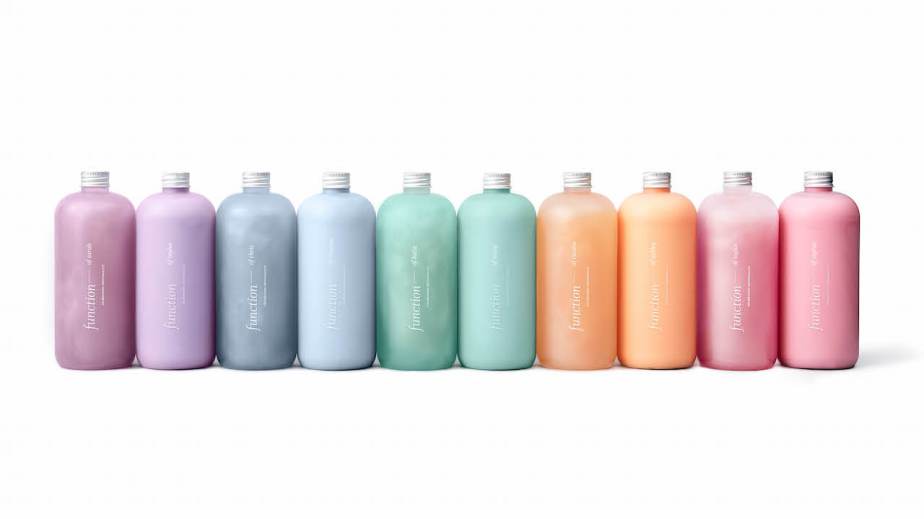 Inside Function of Beauty’s playbook for international expansion

Direct-to-consumer hair-care brand Function of Beauty is expanding its international presence. To do so, it is building out its shipping and manufacturing logistics in order to serve a wider customer base.

Three-year-old Function of Beauty, which is valued at over $110 million, has built a personalized hair business based on customer preferences. (It largely sells shampoos and conditioners, and it sold its 1 millionth product in November 2018.) The New York-based company currently ships to Canada, Ireland, New Zealand, Australia and the U.K., and it’s expanding to more regions within Europe, including Sweden, Denmark and the Netherlands, by the end of March. In May, Function of Beauty will ship to Germany, France, Spain and Italy, and by the end of 2019, it will also be in South and Central America and parts of Asia.

Most DTC brands at one point or another option to work with retail partners or shopping platforms, like Sephora or Tmall, to access a new market. But because of Function of Beauty’s DTC business model, which relies on artificial intelligence to create personal hair-care formulas, it does not want to expand via wholesale partners, said Zahir Dossa, Function of Beauty CEO and co-founder.

“One of the sacrifices of doing personalized product is that, if we want to achieve scale, we have to do things in an automated way, but that requires a more centralized model,” he said.

Function of Beauty’s users take a quiz on its site to determine their shampoo, conditioner and leave-in product formulas, which are then produced in a facility and shipped within a week. The process is not compatible with a slower retail environment. “We could do in-store experiences or partnerships with retail, but then we couldn’t achieve scale or hyper-growth,” said Dossa, who said the brand can produce upward of 27 trillion different products, considering the possible ingredient combinations.

In order to scale production of its products, Function of Beauty has expanded its manufacturing facilities to accommodate its increased international focus. Currently, the company has four facilities in Pennsylvania, and it built in January another in Michigan dedicated almost exclusively to international orders and has already begun shipping.

Function of Beauty is not the only DTC brand in the beauty space that is growing internationally. Glossier recently filed trademarks in China and Australia, two markets it has yet to enter. Jouer Cosmetics also expects to expand to Australia this year, while Dollar Shave Club launched into the U.K. in January 2018.

“You have to be mature enough in your home market and have cracked the code, to some degree. You should have scale, brand penetration and resources to help start and guide [that expansion],” said Lokesh Ohri, Deloitte Consulting principal, who leads the company’s advertising, marketing and commerce analysis in its retail consulting practice.

One of the biggest challenges Function of Beauty has faced in regard to its international expansion plans is regulations in other countries. For example, the company cannot expand to China due to animal-testing laws. And the E.U. notoriously has stringent and expensive product and ingredient testing requirements: Products must have a CE mark, a regulatory certificate stating its ingredients are safe.

Dossa said some of the brand’s newer and trendier ingredients have not gone through any E.U. regulations, which has forced unexpected costs. Obtaining CE certification varies in cost: One certificate for an ingredient or product can easily exceed $1,600, according to multiple sources. As such, the brand has “sometimes” has to reconfigure a person’s order in order for it to be accepted into that foreign market.

Dossa noted that since the brand entered the comparatively strict U.K. market in December 2018, entering other countries — like Ireland and Canada — has been easier.

“Contrary to what people think or how companies operated 10 years ago, the world keeps getting smaller, so things are more accessible,” he said. “International expansion is easier to implement this day and age, even with a complex customized product. We are able to piggyback off of everyone else’s progress.”