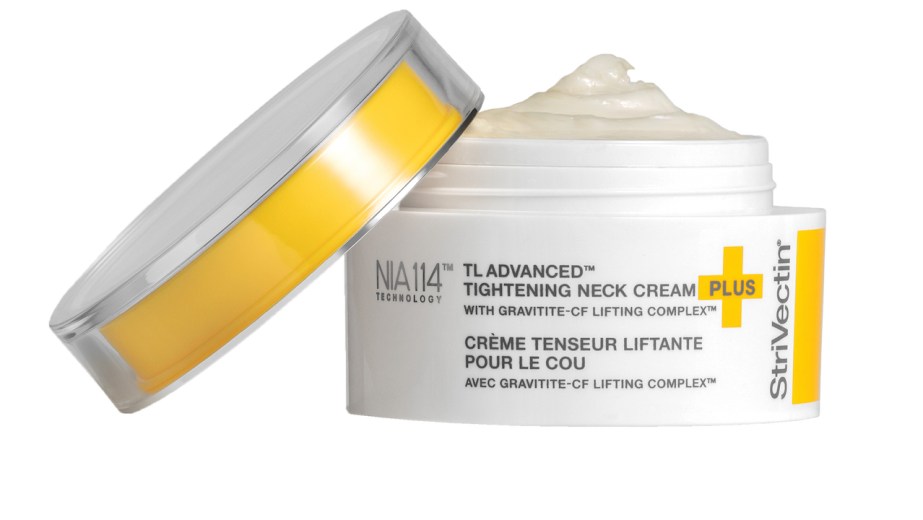 How StriVectin catered its latest product launch to Middle America

When premium anti-aging skin-care brand StriVectin set out to relaunch its best-selling product, the TL Advanced Tightening Neck Cream Plus, in September 2018, its target audience was Middle America.

To reach women ages 45 and older in non-coastal markets including the Midwest and the South, StriVectin worked with five of Meredith Corporation’s magazine titles, including Martha Stewart Living and Better Homes & Gardens. The brand invested in double-sided print advertisement inserts that were placed in the magazine’s September issues. The inserts invited readers into all 1,100 Ulta stores, its main retail partner, to receive a free sample with an $89 StriVectin purchase. Emily Stoler, StriVectin’s vp of global marketing, declined to state how many sample products were initially available, but said they were in the “tens of thousands.” She also declined to share the cost of the ads, but according to their 2019 media kits, full-page ads for Martha Stewart Living and Better Homes & Gardens cost about $233,000 and $680,000, respectively.

Strivectin often geo-targets its advertising programs with Meredith based on the location of a magazine’s readership in relation to Ulta and Costco stores, said Patti Follo, Meredith Corporation’s svp of direct and onsert media. Additionally, StriVectin markets to several top media markets including Chicago, Dallas, Atlanta, Colorado and Arizona.

StriVectin also ran print and digital ads with New Beauty, Harper’s Bazaar and Elle to reach younger consumers simultaneously. Ultimately, over the course of the five-week campaign, sales of the neck cream increased by 50% and the overall neck category saw a 30% boost. The TL Advanced Tightening Neck Cream Plus is now one of StriVectin’s top-two best-selling products. The brand declined to specify what percentage of its budget was allocated to print or targeting Middle American markets, but said that the relaunch campaign comprised over one-third of the overall 2018 marketing budget.

“We didn’t want to forget about women who live in the middle of the country. Meredith Publishing can offer reach and a fair amount of aspiration that doesn’t feel coastal or out of touch. It was an important part of our communication plan,” said Alison Yeh, StriVectin CMO.  The ad inserts proved popular, and mid-way through the campaign StriVectin increased the available quantity of neck cream samples, said Stoler.

Founded in 2002, StriVectin has a long history of advertising inpublications like People Magazine and also through direct-response television ads, where it offers limited-time sales offers to entice immediate purchases. Today, StriVectin is sold through its StriVectin.com, Ulta, Amazon, HSN and Costco, and is estimated to pull in about $150 million in annual revenue, according to WWD. Since 2016, its marketing spend between print, influencer, digital and social marketing has become “more balanced,” Yeh said, but she declined to provide specific figures.

According to Better Homes & Gardens, 55% of its readers are older than 55 years old and its total readership has a median household income of approximately $68,000. Some of its largest circulation markets include Chicago, Birmingham, Dallas and Washington D.C. Meanwhile, Martha Stewart Living reports a median reader of 53 years old with a median household income of approximately $78,000. Its audience bought $1.2 billion worth of health and beauty products in the past 12 months, according to the company. StriVectin sells its neck-care products for between $89 and $139.

In addition, the brand ran a month-long Facebook campaign targeting the same older, non-coastal customer as the magazines’ readers. It also activated an influencer campaign featuring 10 paid influencers from 30-years-old to their mid-60s, which ran for approximately three months after the relaunch.

“We still think [print] has an important role in reaching our target audience,” said Yeh. “But we don’t think of it in isolation, and we rarely have a conversation with a print publisher without a social or digital engagement.”