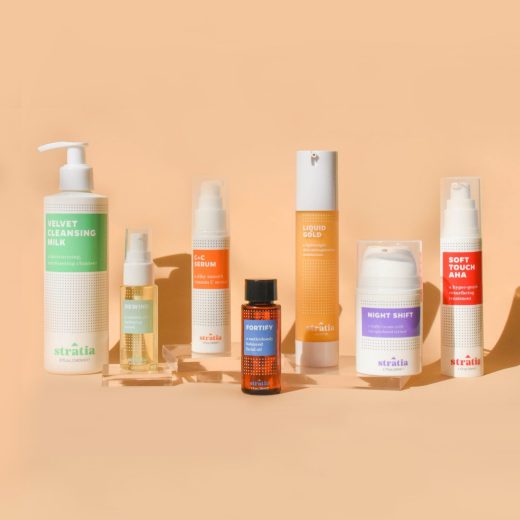 Subreddits like skincareaddiction have provided a safe corner of the internet for serious skin-care enthusiasts and amateur chemists to get deep into the science of skin care, sans flashy ads and brand campaigns that are unavoidable on Instagram and TikTok. And before Alli Reed was a beauty brand founder — something she never imagined she’d be — she was an avid Redditor and a former would-be scientist (she majored in chemistry at UC Berkeley) for whom skin care became a hobby.

To Reed, skin care is unique for its “incredibly interesting intersection between the chemistry of a skin-care formula and the biology of a living organ.”

“You can actually impact the way your biology functions,” she said. And for those who want to get really into the weeds about how that works, there is no better place than Reddit. “I was a really active member of those communities before I’d even thought about formulating my own skin care, much less selling it,” Reed said of her path from Reddit to skin-care blogger to successful brand founder. As she got deeper into skin care, she started to dabble in creating skin-care products for herself. Flash forward: The brand she founded, somewhat by accident, Stratia, is 5-years-old and on track to make $4 million this year entirely via direct-to-consumer sales.

“I was just [creating products] for fun, because I missed lab time,” she said, of developing the line. She compared the process to the satisfaction some people feel from cooking an elaborate meal. “I got that satisfaction out of doing research on how to make skin-care products, and then making them and using them on my skin and seeing that they worked,” she said. In May 2016, Reed launched Liquid Gold, a lightweight, skin barrier-supporting moisturizer. It was the first true product she created — as in, an original formula and one she didn’t create by working with existing formulas. It is still the brand’s bestseller, which Reed offered up to her blog (The Acid Queen) readers. The product, Reed said, was “based on studies I’d read about a specific ratio of ceramides, cholesterol and fatty acids. They’re ideal for barrier health and mimicking and reinforcing the skin’s natural moisture barrier.”

As for why the brand has resonated, Reed’s main explanation comes down to the authenticity of her story — as well as starting a brand driven by what she and her fellow Redditors were looking for. It’s “just radical authenticity, which sounds like a marketing gimmick, but I mean it sincerely: believing completely in the quality of the product and being super transparent with your customers.”

As much as brands may want to tap into the Reddit community, ultimately, Reed said, there’s no substitute for actually being a part of that community. “It gives you better insights into what is and isn’t important, and how consumers wish they were talked to,” she said. Nowadays, Reed said, she’s often asked by brands about how to market on Reddit. “My answer is, ‘Don’t, don’t try it.’ Because Reddit, more than any other community I’ve ever seen, hates being marketed to. They hate feeling like they’re being sold to. Genuine engagement is so important,” she said.

She added, “I was a skin-care fanatic, and I was genuinely contributing a lot to the community long before I ever worked on products.” When Reed did start formulating, “the products I was making were genuinely to fill a need that the community had expressed,” she said. The brand is now marketed as “obsessively researched skin care.”

It wasn’t until 2019, Reed said, that the brand put any money into marketing. Prior, its growth had been entirely word of mouth. That year, the brand reached $2 million in sales. “In 2020, Stratia doubled its year-over-year revenue, and in 2021, it’s on track to double revenue again,” according to the brand’s public relations team.

Now, Stratia is experimenting with social media ads. Reed said the brand is becoming increasingly popular with Gen Z, at least in part to its accessible pricing. Products range from $15-$28, which is possible due to the brand’s direct-to-consumer model. Reed has been busy creating educational content on the brand’s TikTok. And skin-care influencers on the platform are creating content expressing their approval of the brand’s science-based formulas.

“We’re totally bootstrapped and cashflow funded,” Reed said, reiterating that when she launched the brand it was a tiny little side hustle created from her “very meager savings.” But, “we turned a profit the second month.”