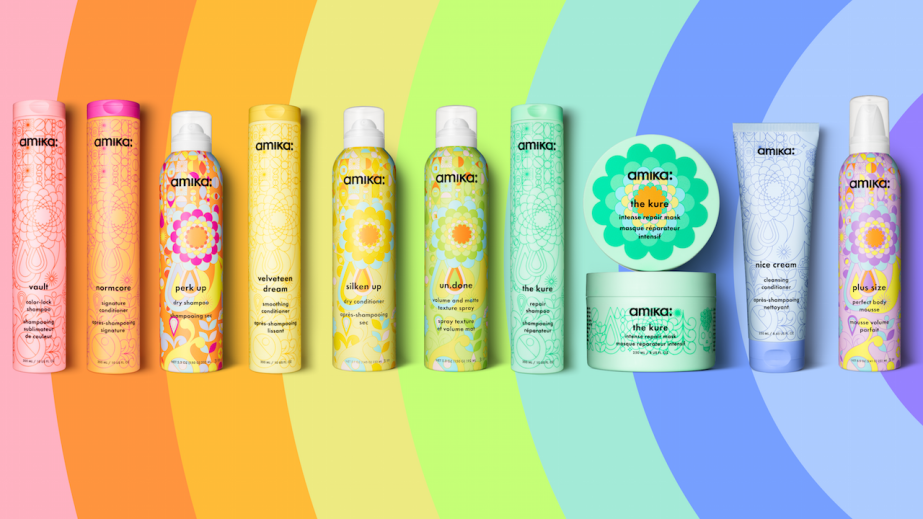 Hair care brand Amika has spent the past year revamping its influencer strategy to sell more products: It has pivoted away from looking at follower count in favor of engagement and is paying more attention to influencers’ audience demographics.

“We did not know how to measure success [prior to this year]. We were just excited to get great content and work with these influencers to increase [our own] follower growth,” said Chelsea Riggs, Amika brand president. “But we never saw a huge sales effect from it.”

Amika, which launched in 2007, is primarily a professional hair care line with distribution in salons, but it also sells select hair care tools, shampoos and conditioners at Sephora. The brand began to ramp up its e-commerce and retail channels in February, with a relaunch at Sephora that included an expansion to brick-and-mortar Sephora stores with 11 products, featuring redesigned, color-coded packaging for self-guided shopping. It was then that the brand decided to go all-in on influencers: For the relaunch, it worked with 40 unpaid influencers and 10 paid influencers, including Michelle Madsen (@michelletakeaim; 474,000 followers) on Instagram and Karen Yeung (I Am Kareno; 1.5 million subscribers) on YouTube. The brand had previously only worked with a handful of influencers and had only two influencers campaigns in 2017. Already this year, the brand has created 10 influencer campaigns, with the first one focused around the Sephora expansion.

Amika picked its paid influencers based on where their followers were located (the brand wanted at least 50 percent to be U.S.-based), on the age groups of their followers and how they engaged with influencers, particularly in comments, said Riggs. The company began using influencer marketing company Traackr in December 2017 to identify partnerships for the Sephora relaunch based on influencers’ followers. Amika ultimately decided on a mix of micro- and macro-influencers (those with 400,000 to 1.6 million followers).

Though Amika is a hair-care brand, it targeted makeup influencers specifically for the Sephora campaign. The brand wanted to find people who not only embodied the “Amika girl,” who is fun and lighthearted, but also who already know how to use hair products and tools. This audience would be more likely to shop at Sephora, according to Lauren Bliss, Amika social media marketing manager. The 10 paid partnerships resulted in 46 total mentions in posts and videos. Altogether, the Sephora relaunch campaign ultimately earned 736,000 “likes” and comments, and over 4.64 million video views.

As the influencer marketing economy has matured, more brands are pouring resources into it. It is expected that advertisers across all consumer categories will spend $1.6 billion on Instagram influencers in 2018, according to a study by influencer marketing agency Mediakix, and ad spend is expected to climb to between $4 and $8 billion. But, beauty companies’ influencer marketing approaches vary. Several brands, like Charlotte Cho’s Then I Met You and the publication Very Good Light, have recently eschewed both paid and unpaid influencers in favor of gifting product to friends and family. Brands like Benefit have also taken to incubating their own influencers and establishing more seemingly authentic relationships early on through contests.

“[This year] gave us amazing content that we have repurposed not only for our own Instagram channel, but also for our website and Sephora product pages,” said Riggs. “We have been able to test with a lot of people to figure out on a granular level what is working and what is not.”

As the brand prepares for 2019, it plans to further expand its influencer strategy. Almost half of its marketing budget will be allocated to influencer partnerships next year, said Riggs. Additionally, the brand will focus more on paid YouTube partnerships, in addition to traditional ads on YouTube for the first time. Amika will also focus less on the number of partnerships it has with influencers who do single posts and instead focus on creating 6- to 8-month paid partnerships. It will also introduce affiliate links for paid influencers so that they can include them in their Instagram bios to better track sales.

“There is always this sense of the unknown when partnering with a new person, but now we have a lot more analytics than we did in the past. We are able to identify the right type of influencers, whereas [before], we had always been holding our breath,” said Riggs.