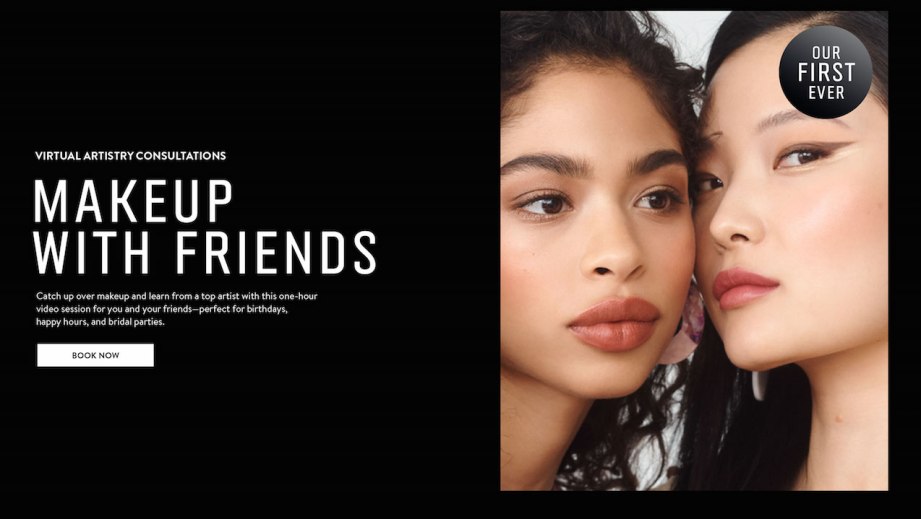 Virtual beauty consultations have quickly become a popular digital offering due to coronavirus, but they are a newer concept for many brands, making the sales opportunity still unknown.

Bobbi Brown’s Artistry Like Never Before program has shown promising early results. It started as a pilot program on May 19 for Bobbi Brown’s top-tier loyalty customers, who spend approximately $600 a year and comprise 1.2% of loyalty members. On June 8, the program expanded to all loyalty members and then became publicly available to all shoppers on June 23. Stephanie Davis, vp and general manager of Bobbi Brown, said that 46% of people convert from the consultation within three hours. And 51% of customers who converted during the pilot came back to repurchase.

“This is a small [sample size], but the possibilities around scaling this program are enormous. When we define high touch, it’s all about connection and authenticity. When you have that one-on-one engagement, you can create a connection and share information and engage customers online,” said Davis. She added that the brand saw a 15% bump in new customers during the pilot as existing customers shared a consultation email with non-customers.

The virtual consultations are tiered, with a 15-minute session for foundation matching, a 30-minute session on makeup looks using existing makeup products and an hour-long session designed for a group of up to four people. Since May, Bobbi Brown has hosted over 150 consultations, and Davis said the 30-minute sessions have been the most popular (however, the hour-long session only launched on June 23). Typically, the makeup artist recommends three products during the consultation and sends a follow-up email on the products discussed alongside click-to-buy links. Some other Estée Lauder Companies portfolio brands, like Clinique, are also offering virtual consultations.

Shikha Jain, partner at Simon-Kucher & Partners, said that virtual consultations like Bobbi Brown’s have blended existing in-person consultations with the familiarity of YouTube makeup influencers, with the direct-selling makeup party model mixed in. She said virtual environments do not have the sales pressure of in-person beauty counter selling, which means that any brand with virtual consultations will have to improve their digital relationships and sales tactics since customers can walk away more easily.

“Beauty parties and these consultations are meant to draw you in,” she said. “They’re not meant to be the revenue driver in and of themselves, but it’s is the experience that you go through. [It’s] because you like the consultation that you buy the products.”

In addition to existing email outreach, Bobbi Brown is now promoting the consultations across its paid and unpaid social media via Facebook, Instagram, YouTube and a test with Pinterest, as well with influencers. The consultation is accessible via the homepage of BobbiBrownCosmetics.com. Davis said she expects to increase new customers by 30% through the program by the end of the year. Right now, the consultations are offered directly to consumers, but Davis also said there is an opportunity to provide this as a corporate benefit in the future. Four makeup artists are currently handling all consultations, but Bobbi Brown is adding an undisclosed number of additional artists to the platform over the coming weeks.

“Consultations are going to continue to get more and more popular, not just with the loyal and engaged consumer segments, but also for the customer for whom it’s an occasion,” said Jain.