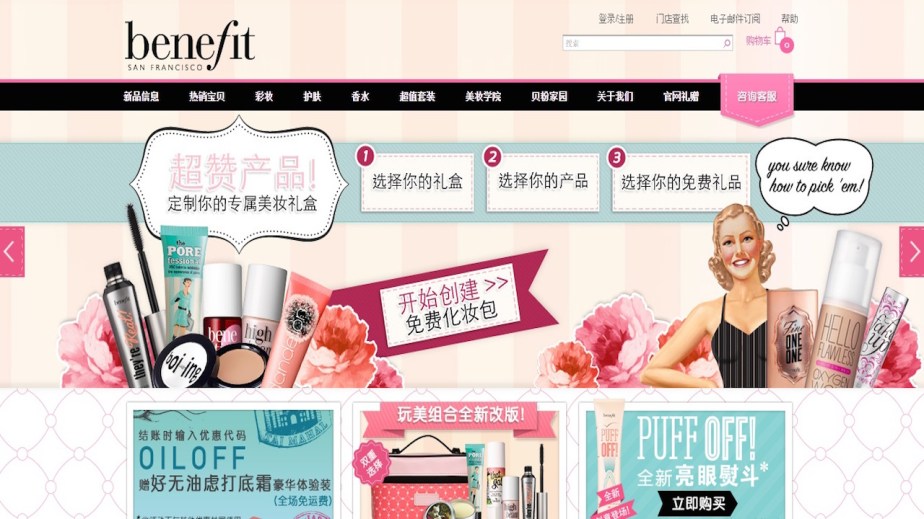 How beauty brands are tackling one-to-one marketing with WeChat

Combine SMS text messaging, Facebook’s newsfeed, the shopping capabilities of Amazon, mobile banking and Uber-style ride-hailing, and you get WeChat — which has become an invaluable tool for beauty brands.

WeChat has become a dominating force in the Chinese ecosystem, alongside others like Weibo (the Chinese version of Twitter), Baidu (the local answer to Google), Alibaba’s TMall and Taobao shopping platforms, and Xiaohongshu, which is also called Red or LittleRedBook (a TripAdvisor-esque app for beauty products). WeChat launched in 2012 by the tech-giant Tencent, after being spun off from Weixin (that debuted in 2011) as an international version of the app.

Together, WeChat and Weixin have over 200 million daily users. Part of this is owed to the Chinese government, which frequently bans international companies such as Facebook, WhatsApp and South Korean-based communication app Line. Cultural differences, such as the lack of local email usage, make U.S. brands’ traditional communicating and marketing tools obsolete in the region. Despite these hurdles, the Chinese market is lucrative for the beauty industry. According to Euromonitor, retail sales of skin-care products in China reached nearly $30 billion in 2018, while sales of makeup products totaled $5.9 billion, representing year-over-year growth of 13% and 24%, respectively.

Multiple beauty sources compared the app to a customer relationship management tool or an operating system for Chinese consumers’ daily lives. But because WeChat is fundamentally based on a messaging service — a person must follow a brand or influencer in order to receive messages from them, and a brand can only send four messages to its followers per month — it has maintained intimacy, but does have limitations. As such, beauty brands have had to test the limits of one-to-one marketing.

“We used to be obsessed with follower account, very similar to how brands cared about Instagram in certain ways. You want to grow your community and have people see your content. We quickly realized this is very hard, given its one-to-one format,” said Lisa Li, Benefit Cosmetics’ director of global marketing.

Benefit Cosmetics joined WeChat in 2014, attempting to leverage it as a “broadcasting” channel for a mass audience. To date, Benefit has approximately 500,000 people following its WeChat account, said Li. In January 2017, WeChat introduced its Mini Program initiative, similar to the app store for Android or iPhone users; Mini Programs allow brands to customize their presence on the app, including embedded e-commerce capabilities and other functionalities like booking a service. This allows the company to ensure WeChat is a holistic ecosystem, instead of directing users to mobile-optimized websites outside of the app.

Upon the introduction of Mini Programs, Benefit and other brands like Giorgio Armani Beauty began to evolve their strategies to focus more on services and tools due to the limitations of reaching new audiences at scale. Giorgio Armani Beauty joined WeChat in June 2014, before joining the Mini Program in February 2019. The brand presently has over 1 million followers on the platform, said Yann Andrea, Giorgio Armani Beauty China brand general manager. It has tried to create an online-offline relationship with Chinese shoppers as of late. For example, in June, the brand launched a pop-up called Armani Box in Shanghai where customers could book reservations for a guided tour of the pop-up through WeChat’s Mini Program. Giorgio Armani Beauty did not specify how shoppers came through the program.

Benefit’s story is similar: Though WeChat is not a significant driver of sales for the brand, nearly 95% of all Benefit brow wax services in China are now booked through WeChat. Benefit began this and its store location finder service throughout 2018, said Li.

WeChat can be valuable as a way to build brand loyalty, despite the scale issue. Almost 86% of premium beauty brands present on TMall earn priority for non-branded search inquiries, but they have struggled to get visibility when someone sorts brands by “best-selling,” because results are skewed toward mass brands that sell higher volumes, according to Liz Flora, Gartner L2 analyst.

Giorgio Armani Beauty debuted AR-app Modiface on WeChat in July. Andrea said that the direct goal of incorporating Modiface was not to directly increase sales, although that is always the hope, he added. Benefit is also working on integrating its own AR filter for brows into WeChat in early 2020, said Li.

Meanwhile, Singapore-based personalized skin-care brand Skin Inc. is utilizing reward incentives on WeChat. The brand joined the platform in July 2018 and has 4,000 followers. It posts the maximum of four times a month, focusing on product recommendation content and offers WeChat followers new product trials when they share posts.

“Compared with Instagram or Weibo, WeChat is for in-depth reading than quick interactions and broadcasting; it is more of a platform which will help build long-term brand preference and loyalty,” said Jackie Li, Skin Inc. brand manager for China.

However, there are apps looking to take users and brands’ attention away from WeChat. In early September, Weibo launched its own version of Instagram called Oasis, building on the opportunity for brand awareness as a core offering, which WeChat has been lacking.

The exposure brands can reach with WeChat is lower than through Weibo or even Xiaohongshu, said Joe Nora, director of marketing and business development at Export Now, which helps Western companies set up business in China. While Oasis is only in a limited beta, only time will tell if it can supplement or replace WeChat’s importance for beauty brands.

“There is definitely a ceiling on a brand’s [organic reach] to go viral on WeChat,” he said. “WeChat’s [user interface] is designed to prioritize one-on-one interactions whereas Weibo and Xiaohongshu are designed to promote viral content on everyone’s feed.”

Oasis is not WeChat’s only cause for concern, however. According to an August report from the consulting firm Questmobile, WeChat’s attempts to grow its international-facing audience appear to not be terribly successful, based on WeChat’s number of registered international users. WeChat-owner Tencent has publicly only shared the combined monthly active users of both China-native Weixin and international-focused WeChat, making the growth rate of WeChat by itself difficult to ascertain. The last reported figure was 70 million overseas registered accounts in 2013, according to Tencent. A perusal of WeChat through its iPhone app also shows that the app is limited to those who can read Chinese, which accounts for 16% of the world’s population, but is spoken in fewer countries comparatively.