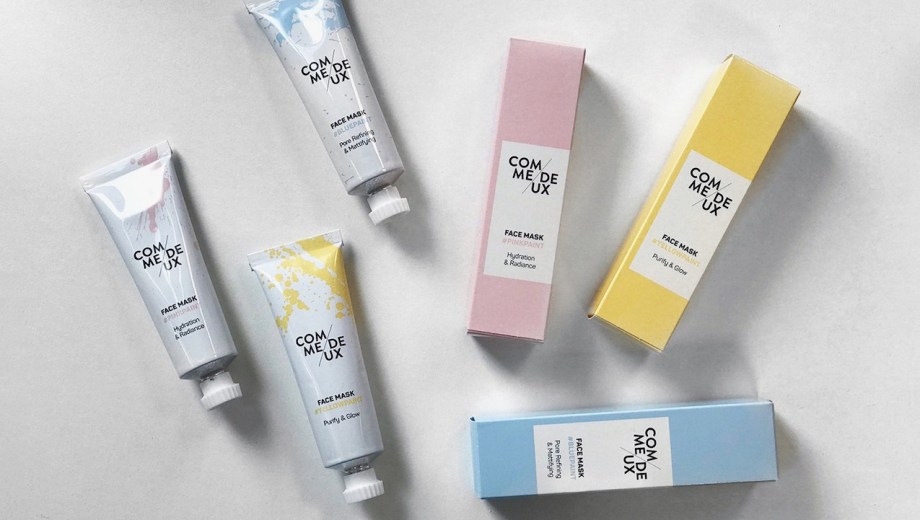 Crowdsourcing has become a go-to strategy in the creation of beauty brands, and one European company is leaning on its crowdsourced brand to launch in the American market.

Launched in January 2019, makeup and skin-care brand Comme Deux stemmed from the Danish subscription beauty box company Goodiebox. Starting Sept. 30, it will be sold through 17 Urban Outfitters locations, with seven in the United States and 10 and in the United Kingdom, in addition to UrbanOutfitters.com. The evolution of the beauty brand-customer relationship has so far been heading toward a bifurcation, divided between personalization and crowdsourcing. Both are aimed at tailoring products to customers’ wants and needs, albeit through differing methods. Comme Deux opted for the latter, as Goodiebox founders see crowdsourcing as the best way to serve customers and generate loyalty.

Goodiebox is currently sold through six countries, including Belgium and Sweden, and plans are in place for expansion into three additional countries by November. Overall, Goodiebox aims to earn more than 150,000 subscribers and $33 million in annual revenue by the end of 2019.

“Comme Deux underlines that we have made a community with our members, and they’re [involved in everything] from picking the ingredients to packaging,” said Rasmus Schmiegelow, Goodiebox and Comme Deux co-founder and CEO. “You don’t need to use the traditional marketing mix or celebrities [to sell the brand] when the customers are contributing and taking ownership.”

The development of Comme Deux was achieved through a mix of online data-gathering and in-person conversations. Over the course of approximately six months, Goodiebox looked at existing customer reviews (the company receives 25,000 product reviews per month for which Goodiebox gives out points, Schmiegelow said) and sent email surveys to roughly 100,000 customers. The company wanted to pinpoint the most common issues people addressed in reviews, such as texture or color, and find out through open-ended survey questions what people want from ingredients and types of products. Following this, Goodiebox spoke with people of diverse nationalities and demographics, either on the phone to follow up on surveys and also invited people to visit the company’s satellite offices in Copenhagen, London and Amsterdam. Those visiting in-person were shown products in focus groups and asked to provide feedback on textures and packaging. Using polls on Instagram, where Goodiebox has over 45,000 followers, the company solicited customers to help choose the name for products, such as Comme Deux’s first highlighter, ultimately named #flash. Ultimately, Goodiebox gathered more than 100,000 data points (without compensating participants) for the launch of the brand, which includes both makeup and skin-care products.

“In the age of social media, industries that have vocal, active and passionate fan bases — like the beauty community — are wise to look to their fans for direction when conceptualizing new products,” said Mallory Huron, beauty editor at trend forecasting agency Fashion Snoops. “Better than any dull marketing information, looking to crowdsourcing — whether through a social media appeal or a website comment form — helps brands get a sense of who their consumer is and what they want.”

Throughout the development process, Goodiebox was able to understand how customers differed in various regions. The hope is that, with the brand’s expansion into the U.S., it will be able to also find out where American preferences lay. For example, in the crowdsourcing process, it was determined that Hollanders are more interested than most in color cosmetics and less likely to buy products without testing them. Danes, on the other hand, proved more vested in skin care and high-quality ingredients. Because Goodiebox does not yet have a presence in the U.S. and Urban Outfitters reached out to Comme Deux after discovering it through Instagram, the brand did not account for American preferences in its crowdsourcing.

Crowdsourcing is not a new concept for the beauty industry; brands like Glossier and Peach & Lily frequently rely on customers for product ideas, while Volition Beauty’s business model is entirely based on crowdsourced ideas. Kenya Watson, an associate analyst at CB Insights, said she sees crowdsourcing as allowing a brand to amass a “loyal and engaged following” early in the brand’s life.

“What crowdsourcing and personalization both do is create a relationship of trust by empowering consumers to take a more direct, active approach to what products, ingredients and formulas they can buy,” she said.

Except for its dot-com website, Comme Deux does not showcase that it has a connection with Goodiebox. Because Goodiebox is not yet available in the U.S. (it will launch in the first quarter of 2021), Comme Deux will market itself solely as a Scandinavian brand, for now, to attract customers, said Schmiegelow. Ultimately, though, Comme Deux is expected to grow and attract new customers to Goodiebox. When the brand launched in January, 100% of its sales were from existing Goodiebox subscribers, but now only 60% are, indicating that potential new subscribers are being reached.

“There are so many great ideas out there if you take the time to listen. In the short term, it feels like a big investment because there are a lot of time and resources dedicated to it, but other brands can’t compete with the relationships you are creating,” said Schmiegelow. “It’s hard [for another brand] to copy that.”