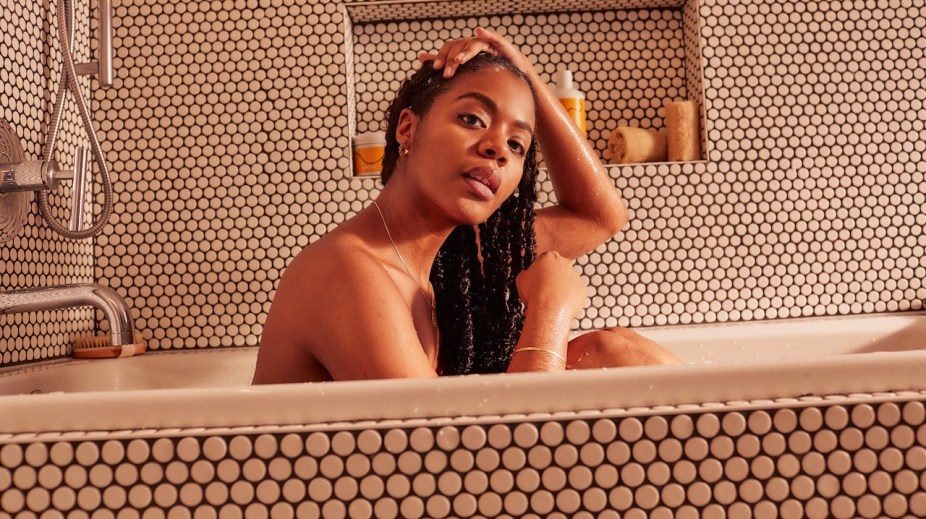 Called Headquarters, the new brand’s premise is that scalp care originated through prestige brands, but has yet to enter the mass category. The brand has four products that cost $7.50 each and are available in formulas catered to oily, dry or balanced hair. They’re available through its DTC e-commerce site, Walmart stores and Walmart.com.

“For so long, when consumers thought about scalp care, it was very problem-solution oriented,” said Lee Lenox, Headquarters general manager. “But over time, especially in the prestige market, you’ve seen a lot of brands start to talk about this concept of healthy hair starting at the root — but not at necessarily attainable price points.”

Dandruff in particular affects about 50% of the general population, according to multiple sources. It was a $7.6 billion industry in 2020, per Data Bridge Market Research. Given that hair was one of the few beauty categories that experienced sustained growth in 2020, according to NPD Group sales data, Harry’s Inc. and Harry’s Labs’ timing couldn’t be more on point.

There has been much speculation that Harry’s Inc. has to pursue an IPO, given the failed outcome of its Edgewell acquisition in Feb. 2020 and the eventual need for an exit. Harry’s continues to build its portfolio by incubating brands in the lead up to that inevitable exit. But, it’s also open to acquiring them.

“Historically, we focused a lot on starting new brands. That’s something we’ll definitely continue to do, but as we look toward the future, we’ll identify brands and become partners through M&A to help these brands further grow,” said Tehmina Haider, head of Harry’s Labs and vp.

In a job listing for a senior associate of M&A and commercial strategy for Harry’s Labs, the description states in part that the incubator’s goal is to “launch or acquire 2-3 highly disruptive CPG brands each year.” Haider said that Harry’s Labs is looking to acquire small- to medium-sized brands that already have some traction in the marketplace. In essence, Harry’s Labs is evolving from a brand incubator to becoming an accelerator that drives growth for existing brands. It also acts as a bootcamp to prep brands before they make the transition into the Harry’s Inc. portfolio.

Harry’s Inc. declined to comment on IPO plans, only stating through a spokesperson that it does not have any announcements to share at this time.

“Ultimately, we are trying to bring these brands into the Harry’s Inc. portfolio. We think of Labs as the engine that actually goes out and identifies where those brands exist,” said Haider.

According to Inc. magazine, Harry’s Inc. grew revenue by 20% in 2019 and finally became profitable. Flamingo, another Harry’s Labs brand launched in 2018, sold more than 3 million razors in 2020. Harry’s Labs has a third brand, cat food and care brand Cat Person, which debuted in April 2020. Harry’s Inc. also launched extensions of the Harry’s brand, with deodorant in January and hair-care brand Hair by Harry’s in May 2019.

“Headquarters is looking to address underserved segments specifically,” said Lenox. “Hair by Harry’s was built around our Harry’s customer and what he was looking for within the hair care category, which differs from what we are trying to hopefully solve for women with Headquarters.”