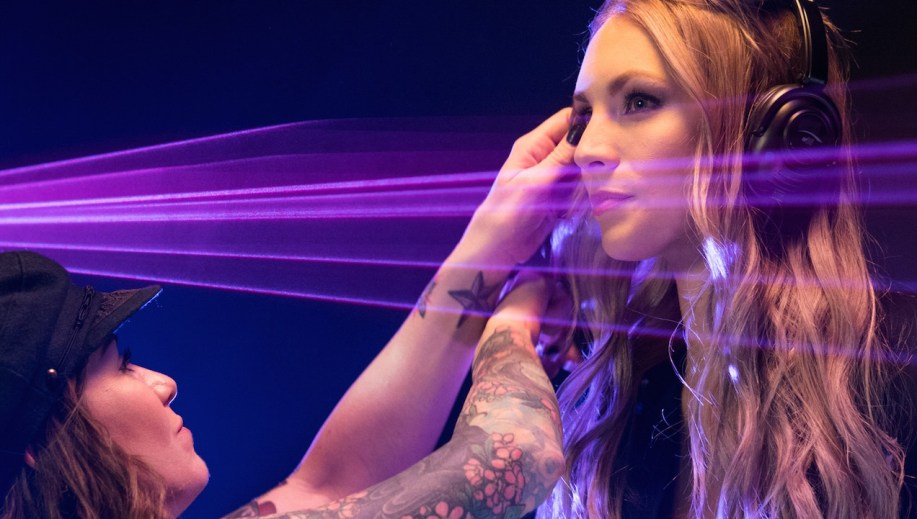 Göt2b, the 18-year-old hair-care brand, launched its largest-to-date digital campaign on Wednesday; dubbed “Turning the Tables,” it is meant to court a younger demographic.

The 14-week campaign began with the debut of a 9-part content series, which focuses on a young, classically trained female pianist who finds herself attracted to electronic dance music. Göt2b, which makes both hair-styling and hair-color products, positions itself as an edgy brand for punk rockers. Working with production studio Shaftesbury, Göt2b opted to avoid doing product placement within the videos, instead highlighting its ownership in the end credits. Each of the episodes is five minutes long and will roll out bi-weekly on YouTube via Shaftesbury. Influencer content, contests for products and concert tickets and secondary content like behind-the-scenes footage and cast interviews will be published between episodes.

Göt2b is owned by consumer-packaged goods company Henkel, which also counts Dial soap and Natural & Easy hair dye in its portfolio. The brand, which is only sold in mass retailers, like Walmart (in stores and online) and Jet.com, declined to provide sales figures or the marketing budget for the content series, but Henkel reported in its most recent earnings in May that Göt2b achieved double-digit growth in the first quarter of 2019.

“We’re challenged in this cluttered online landscape with things like ad blocking and banner blindness,” said Colleen Sherry, Henkel’s U.S. digital lead of beauty. “We wanted to go beyond a traditional marketing message with something that would engage people. We wanted to be what [millennials and Gen Z] are watching, rather than blocking what they’re watching.”

The brand was interested in pursuing scripted content in order to find new ways to engage with its current consumer base of young millennials under the age of 30 and Gen Zers, as well as to attract new customers. Göt2b is looking for a lift in brand sentiment, which will be measured by likes and comments on YouTube videos and Instagram posts, earned media value from traditional news outlets and how many views the series earns.

Scripted content, while not a new concept, has seen more interest from beauty players. Procter & Gamble-owned SK-II debuted a scripted series starring actors Chloë Grace Moretz and James Corden in April called “#BareSkinChat.” Schick, which produces women’s razors, is launching a scripted series called “Shave Thoughts” on June 6. Video ads, in general, have become a gateway to reach younger audiences, as 90% of Gen Z and 83% of millennials spend at least one hour a day watching videos on their smartphones, according to video-creation platform Wibbitz. Fifty-nine percent of respondents, who said they like social video ads, also bought something right after watching a video, the report found.

“It’s important to us that consumers have content [they] enjoy, without being slapped in the face with an ad,” said Manuela Emmrich, Henkel U.S. marketing director of hair. “As a brand, we want to stand for that kind of individuality and for confidence.”

To harness the momentum of the scripted series, the brand is working with paid influencers in the electronic-dance-music space. Three EDM artists and 12 micro-influencers have been tapped, but the brand declined to share names of influencers. Participating influencers will post three times over the 14-week period about Göt2b’s monthly contests that include product giveaways and festival concert tickets. Notably, about 55% of EMD listeners are men, according to a report from Nielson. However, Emmrich said the brand expects more women to find interest in the campaign. Two out of the three EDM artists are female, and the brand worked with micro-influencers with followings of between 50% and 75% women, according to Göt2b. Göt2b’s line of styling products skew more toward men, while its line of color products are predominantly bought by female customers, explained Emmrich. She declined to provide an exact customer demographic breakdown.

“We want this to be an omnichannel approach,” said Sherry. “We want to be where our customers are however they like to consume content, and we want to express that we are aligned with their passion points and their ability to express themselves.”