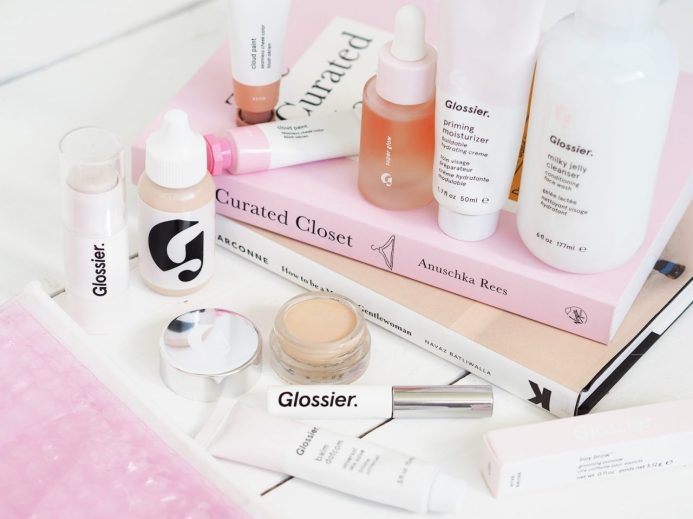 After months of being rendered ineffectual because people were cloistered in their homes, out-of-home ads are slowly coming back to life. But, OOH marketing is changing with the times.

OOH advertising was one of the channels most impacted by Covid-19, with revenue down by 45% year-over-year in the second quarter, according to the trade organization Out of Home Advertising Association of America. But a few new key campaigns show it hasn’t completely lost relevance and is adapting to the new pandemic normal. According to OOH advertising industry sources, wild postings are generally 25-50% less expensive than billboard ads, depending on the size and location of the ads.

On Thursday, Glossier launched a digital and OOH campaign to debut its two new body-care launches: an exfoliating bar and a body oil. Body-care sales increased by 137% since January compared to 2019, according to the brand. The campaign shortly follows a Native deodorant OOH promotion that began in September and a June campaign from Il Makiage, both of which referenced Covid-19 and social distancing. Glossier’s campaign features eight players from the WNBA, meant to spotlight how beauty is reflected in all aspects of life, according to Ali Weiss, Glossier’s CMO. She added that the campaign is focused on 70% digital ads and 30% OOH via 300 wild postings in 80 locations across New York City, Los Angeles and Chicago.

“[Our marketing] has evolved so much over the past few years. There was a time when we were really focused on out-of-home and creating experiences offline. We felt we could put relevant content [out], enable people to post it and share it, and raise awareness for the brand,” said Weiss. “Out-of-home still remains a really powerful channel, but it definitely depends on the media campaign. Though we are doing wild postings, [OOH] is not nearly as much of a focus as digital.”

Glossier’s digital approach to the campaign will center on OTT ads through YouTube and Twitter, as well as a mix of paid and unpaid placement on TikTok through video ads and its own account. TikTok is a new advertising channel for the brand with this campaign. There will also be digital ads placed on the websites of The New York Times and Los Angeles Times, and full-page placements in those newspapers. Glossier declined to comment on the cost of the campaign. Glossier reached $100 million in sales in 2018 and overall has raised $186 million in venture capital to date and is valued at $1.2 billion.

OOH advertising spend is expected to end 2020 with a 20% decline compared to 2019, according to Stephen Freitas, executive vp of industry initiatives at Out of Home Advertising Association of America. However, advertising intelligence company Magna predicts OOH revenue will increase by 7% in 2021, representing a quick turnaround.

An example of this rebound can be seen through car traffic, which is only 9% lower than pre-coronavirus levels, according to an October report from GeoPath which tracks traffic for OOH advertising. But the flow of commuter, pedestrian and vehicular traffic has changed since March, with people making frequent short trips throughout the week, rather than longer weekend trips, according to Freitas. As Glossy previously reported, Native deodorant adjusted its OOH placements, pivoting from concentrated subway station takeovers due to lower commuter traffic to above-ground ads on billboards and buses. Weiss said Glossier did not have to move or change its OOH strategy.

“What out-of-home ads have always has done very well is reflect the culture and the times, and obviously, now we’re we are dealing with Covid-19,” said Freitas.