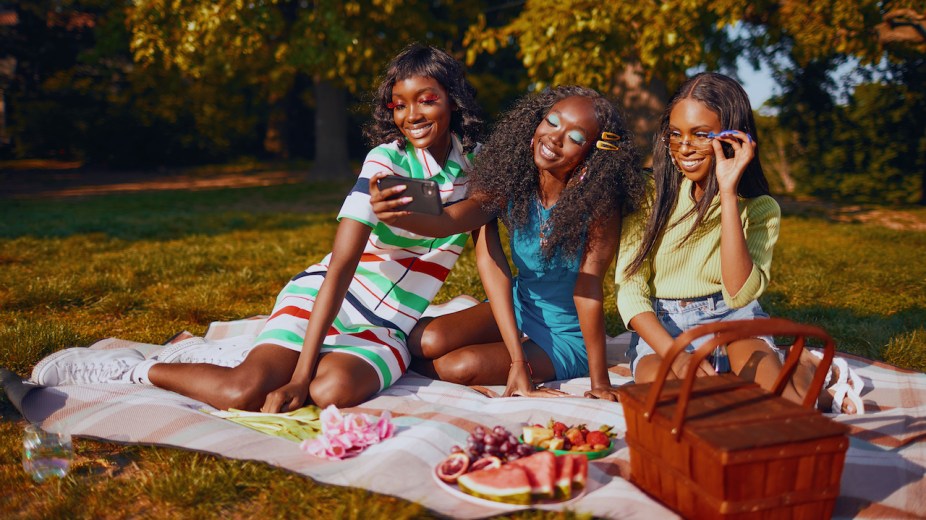 For Waeve co-founder and CEO Mary Imevbore, the journey to starting a brand was based on personal experience. As a computer science student at Williams College in 2017, she and her friends discovered that they all faced frustrations when shopping for hair brands catering to Black women.

“We just realized that there was no good place to buy wigs,” she said. When she was growing up in Connecticut, her mother had bought her a custom wig for hundreds of dollars at her local salon, but the search for an online option with a more student-friendly price tag was difficult. She and her friends turned to Alibaba-owned international marketplace AliExpress for the wig options they wanted. “It just really jumped out that it was a really painful shopping experience,” she said. “[We had] no idea who to trust and the prices were varying wildly.”

To solve the problem, they decided to create their own business. Inspired by the success of DTC startups like Glossier and Warby Parker, Imevbore and classmates Susana Hawken and Tiiso McGinty won a campus business competition in 2018 with their idea for a DTC wig startup.

Three years later, their winning concept has now become Waeve, a lifestyle brand that launched on Tuesday with $2 million in seed funding led by Pillar VC with participation from Maveron. Other investors include Henry Davis and Bryan Mahoney, former Glossier executives and the co-founders of Chord, and Glossier CMO Ali Weiss. The brand also received investment from TJ Parker and Elliot Cohen, the co-founders of Pillpack, where Imevbore worked as a software developer before launching the brand.

“Here’s this product that is really growing in demand. It’s a huge $6 billion market. It’s [also] an expensive product, one that people are spending hundreds of dollars on frequently,” said Imevbore. “Black women are the primary consumers of this product, and there’s no real brand speaking to us and making it fun and easy to shop from.”

“When I met Mary and her co-founders and heard their vision for the Black hair care industry, it was clear that they were creating a company that would be transformative,” said Sarah Hodges, a partner at Pillar VC.

The new brand is launching online via a DTC drop model, with plans to launch sets of six different wig styles four times a year. Waeve is tapping into existing demand to order wigs online, with online sales making up 63% of the global wig market in 2020. The initial drop is called “Days of the Week” and features three human-hair wigs and three synthetic wigs, with prices ranging from $72 to $398. Each style is named after a different day of the week, with Sunday left off as “an homage to the natural hair movement,” said Imevbore. With the range of styles, the brand is pursuing what she calls a “wig fashion house concept.”

“With this drop model, we’re able to offer a regular cadence of different hairstyles,” she said. “We realized that people are wearing wigs like they’re wearing clothes. They’re switching them up every day; they’re changing their styles.” The brand is offering a mix of classic and trendy styles, and the founders get their inspiration for the styles from Instagram, influencers and celebrities.

“You have celebrities like Rihanna, Megan Thee Stallion, Doja Cat and Nicki Minaj — all of these women are changing up their hair all of the time and really driving forward wigs as this tool of power and self-expression,” said Imevbore.

While the brand is “age-agnostic” about its target customer base, its aesthetic “has a very maximalist Gen-Z feel, just because that’s who we are as founders,” said Imevbore, who is 24 years old.

Imevbore and co-founders Hawken, the brand’s head of product, and McGinty, head of brand and community, are also roommates in Boston, where Hawken is simultaneously a PhD student at MIT. Their nights and weekends were devoted to the brand while working full-time at startups after college. “We would go to work, and we would come home and work on it,” she said.

As they were developing the brand, they started a blog called “Her Hair Stories” to build their community. The brand also manages a private Instagram community of around 300 members it calls its “WaeveBaes,” who test products and provide ideas and feedback.

The Waeve Baes are “our marketing engine,” said Imevbore. “They’ll be posting because they’ve been helping us work on it for so long, and then they’re going to be telling people about it.” The group includes both influencers and regular Instagram users. “Waeve felt like a grassroots sort of thing, where it’s not just a random person advertising something because we paid them to; it’s people who are actually using the product and enjoying it who are sharing it with their friends,” she said.

Waeve joins a growing group of Black female-founded brands to receive over $1 million in VC funding. As of 2020, 93 Black women in total had received funding of over $1 million, according to social startup Digitialundivided. That number has risen from only 34 in 2018. These include many beauty founders, including DTC hair extension startup RadSwan, which has received $2 million to date, and Gen Z-founded Topicals, which has received $2.6 million. These brands have overcome a massive VC funding gap — only 0.64% of venture capital investment in 2018 and 2019 went to Black and Latinx women combined. Waeve will donate a portion of proceeds from each drop to support the success of Black women. For its first drop, it will be donating to Black Girls Code.

“We really are filling a gap where there is nothing like this,” said Imevbore, adding that she and her co-founders are motivated as they are “people who are customers and who felt the pain points ourselves.”