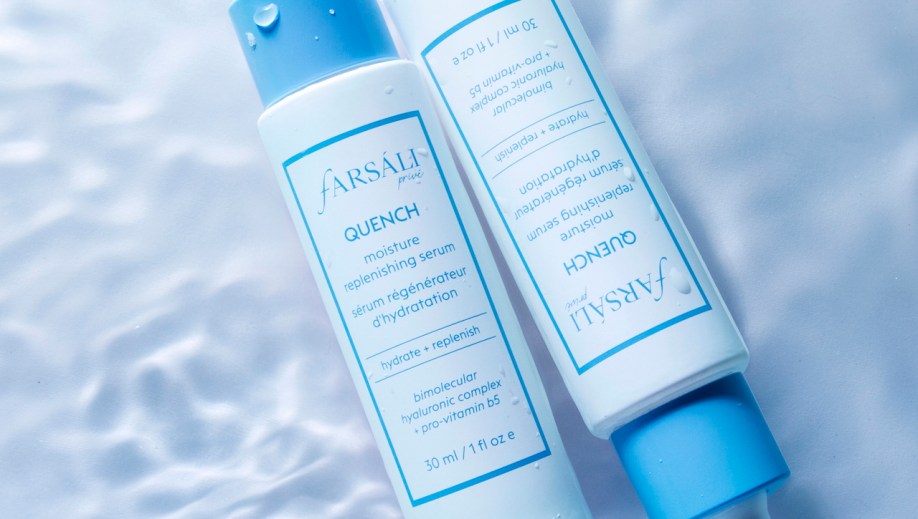 Instagram-famous, makeup-primer brand Farsali is relaunching its skin-care sub-line Privé a year after its debut, as the larger company looks to boost its only available sales channel, its e-commerce site.

On Monday, Privé launched a hydrating skin-care serum available for pre-order for $24. Six-year-old Farsali is best-known for its luxury liquid makeup primers and is a Sephora-exclusive brand. It is now accelerating its growth in pure-play skin care as the U.S. makeup category has experienced a decline over the past two years. This is only expected to accelerate, as millions work from home and use less makeup. According to market research group Kline, makeup sales declined by 3% in 2019. For 2020, the company expects a 1.5% gain, as the best-case scenario, or an 8.1% drop as the worst-case scenario.

Upon launch in April 2019, Privé intended to debut just one product per year, but it now has upped its cadence with four product launches in 2020. Additionally, Privé will lower its prices — its first product, a face mask (the only product it launched in 2019), is $62, but subsequent launches will cost $20-$39. This reduction was predominantly achieved through packaging changes, such as eliminating gold-colored labels and caps, said founder and CEO Sal Ali. Privé will stay a DTC-exclusive line and will be promoted largely through Ali’s personal Instagram account that has nearly 200,000 followers.

“Farsali [is more for] a makeup customer, so what I’m trying to do is introduce those customers into the skin-care world,” said Ali. “I think it’s important to have your own exclusive [dot com] collection to serve hard-core consumers.”

Ali declined to state 2019 sales figures, but said the brand grew by 10% last year. WWD reported in 2018 that the brand expected to earn $35 million to $45 million in sales that year. Nearly 20% of Farsali sales are through e-commerce, and the goal is to increase that to 50% by 2021, Ali said. This is a significant increase from the company’s initial goal that Ali laid out in 2019, of 25-30%. To do this, Farsali launched a loyalty program the week of April 6, and it’s planning to offer gifts with purchase and online sampling, and start an affiliate marketing partnership by year-end.

It remains to be seen how much the Privé relaunch will boost the company’s e-commerce sales. Privé is targeting existing Farsali customers, who are typically Gen-Z and young millennial women. Selling to existing customers versus bringing in new ones was a significant problem for Glossier’s makeup sub-brand Glossier Play which ended in February less than a year after its launch.

“The ability to respond quickly to evolving product trends and launch products at a fast pace can help an indie brand stand out in an extremely saturated marketplace,” she said. “However reaching new consumers should always be considered when launching new products or sub-brands and entering new distribution channels.”

Ali has positive initial reads: He said that the DTC business has seen an increase of about 10% over the last four weeks, because products like eye cream and Privé’s face mask have seen more robust sales. But Farsali is not without its struggles. It has furloughed 35% of its corporate employees. The brand has also deferred on its office rent and Ali is temporarily forgoing his salary, he said. Farsali has increased its digital advertising investment through Facebook and Instagram retargeting, although Ali declined to cite specific figures because the brand is re-forecasting its budgets.