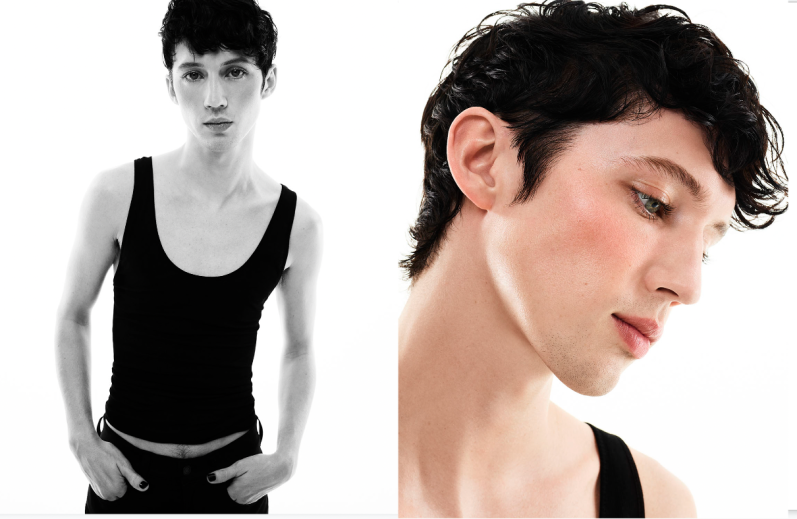 Last summer, Glossy reported on YSL’s Nu Collection, a diffusion collection which launched with five your-skin-but-better products designed to appeal to Gen Z. To mark the launch, I interviewed influencer Rickey Thompson, who was just one of the ambassadors tapped for the announcement.

Today, pop star Troye Sivan joins the YSL Beauty family. Men are increasingly present in the beauty space — (in February, Kayvon Thibodeaux inked a deal with Starface, Harry Styles, Machine Gun Kelly, and Lil Yachty all have their own brands) — but makeup hasn’t caught up at quite the same speed, and YSL Beauty is leading the pack when it comes to American brands hiring male ambassadors for makeup.

The brand has always emphasized its celebrity ambassadors — in the past few years, it has also worked with Dua Lipa, Zoe Kravitz, Lenny Kravitz, Adam Levine, Barbie Ferreira, Kaia Gerber, and Indya Moore. “Our ambassadors foster connection and are able to inspire on a deeper, more personal level. Whether through music or acting (or even his TikTok videos), Troye does just this, aligning to the brand’s core value of creative freedom and expression,” said YSL Beauty’s U.S. general manager, Laetitia Raoust.

Sivan joins the collective of U.S. Ambassadors which includes Barbie Ferrier and Indya Moore, who, the brand said, “celebrate individuality and modernity.” “Their unapologetic attitudes strengthen the brand’s forward-looking vision to redefine conventional beauty standards and the new American edge. These icons are beloved by Gen Z and beyond – not just because of their celebrity, but because of what they stand for and their contagious freedom in expressing their values,” Raoust said of the trio.

YSL said that it’s making a push towards millennials and Gen Z consumers, “regardless of gender,” according to Raoust. “It’s widely known that Gen Z is an extremely digitally savvy generation and interested in all things beauty more than ever, with millennials following closely behind,” she said. “Nu collection was created with the intention of marrying both Gen Z’s principles and our brand ethos of boldness, community, and connection, with diversity and inclusion.”

Sivan never imagined having a makeup contract, but is thrilled to: “Expressing myself in that way [with fashion and makeup], I think it was something that I was so terrified of as a kid. Because I didn’t want people to think that I was gay…And now I am gay. And I’m really happy about that,” he said.

“Once I started to kind of, release that, and let myself explore and play, I found a really deep love for fashion and beauty. And so, this is honestly, a dream come true. I think in my early life, it was probably like a secret dream. But now…I’m really, really, really thankful. Like, what a fun, what a fun job to come and just like, play with makeup and get dressed up.” He called the process of letting himself learn to experiment a “hurdle,” one that came with the “baggage of growing up in the closet.”

Sivan recalled the music video for his song ‘Bloom’ as a turning point — it opens with a spotlight on Sivan’s lips, which are painted a bright, vinyl-y red. “That day was a huge day for me personally, just because I remember being really petrified, like seeing myself in the mirror and honestly, feeling really powerful, and being scared of that.”

He’s been lucky, he said, to learn from the best makeup artists along the way, and nowadays feels comfortable doing a day-to-day look. “It’s been a trial-and-error journey, it’s a lot of watching YouTube makeup tutorials.” (Stars: they’re just like us). Nu Collection, which just released its first new product since its initial launch, the Nu Lip & Cheek Balmy Tint with Hyaluronic Acid, is up his alley, he said. “When I’m doing my own makeup, it’s not really about I’m not trying to conceal anything, I’m just kind of trying to accentuate things and give me a little pep in my step and a little boost of confidence. And that’s what I love so much about this campaign, and the the Nu collection is, that’s what it’s all about.”