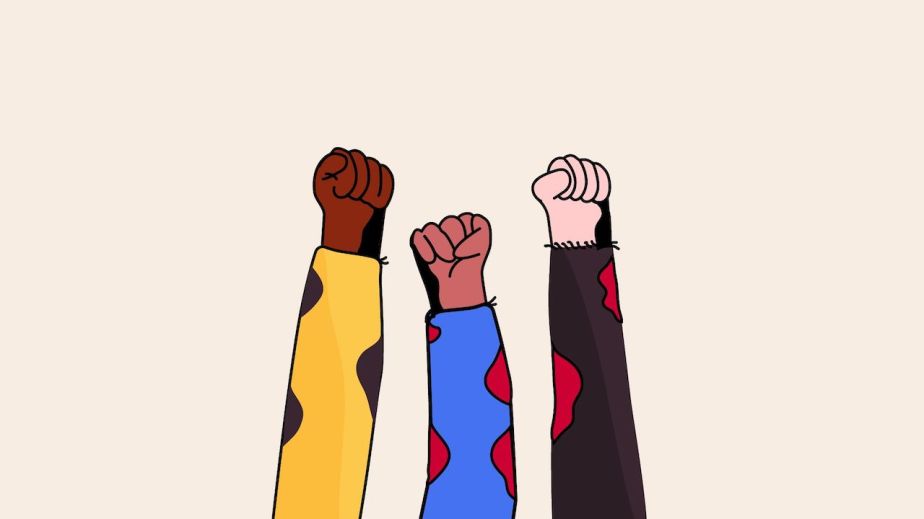 ‘Every brand has a purpose’: A collective of women’s health brands rally against Texas’ new abortion law

A collective of women’s health and wellness brands, including pregnancy care brand Oula and LGBTQ+ healthcare brand Folx Health, are taking aim at Texas’ new restrictive abortion laws (SB8) with a message: Our bodies, our choice.

The stunt represented another way of how brands as of late haven’t shied away from getting political when they disagree with legislative decisions. Seemingly, it marks a new era of marketing in which there is more pressure on brands to appear to be genuine.

In bold letters, the collective took out a full-page ad in the Sunday New York Times that stated: “Access is dignity. Access is power. Access is freedom” and touted a site where readers can directly donate to activist organizations and find more information about reproductive freedom.

“We’re not an activist organization, we’re just a business,” said Alexandra Fine, co-founder and CEO of women’s sexual wellness brand Dame Products. “But when things like this happen, and then something happens again that feels even more restrictive, I feel like ‘what could we be doing?’”

The collective, headed up by Dame Products and virtual abortion care company Hey Jane, was joined by other women-led and founded including skincare brand Fur, parenthood and pregnancy membership company Seven Starling, and nine others to respond to the new laws. Recently passed, Texas’ new legislation bans abortions at six weeks and encourages private citizens to enforce the law, according to the Texas Tribune.

“It’s outrageous for us as a company for us to be pushing forward sexual pleasure… and then access to abortion to be taken away from some of our sisters in the U.S.,” Fine said. “It feels like a fight against our brand and what we stand for.”

Per a spokesperson, the companies in the coalition, including Hey Jane, Dame, Folx Health, Real, Loom, Fur, Oula Health, Coa, Seven Starling, Flare, and Spora Health paid for the advertisement in The New York Times. However, the coalition declined to say how much they spent on the print advertisement. By taking out the spot in the Sunday Times, the team says it hopes more brands and advertisers will follow suit, donate to the reproductive rights organizations listed on the resource website and take a stand in favor of reproductive rights. The companies did not respond to a request for details on how much money was donated, but said donations from the ad placement are continuing to come in as of press time.

“Businesses shouldn’t be scared of ‘the a-word’ anymore — access to abortion and reproductive care is vital to the health and wellbeing of our communities,” Kiki Freedman, co-founder and CEO of Hey Jane, said via email. “Abortion is healthcare, and we urge other companies to stand up with us.”

They’re not the only brands making a statement about the new legislation. CNN reports web hosting service GoDaddy took down a site that allowed post tips about possible abortions in Texas. Meanwhile, rideshare companies Uber and Lyft pledged to cover legal fees for drivers who drive women to their appointments and are sued as a result of the legislation. Dating apps Bumble and Match announced a relief fund for those affected. And Don’t Ban Equality, a 2-year old campaign coalition similar to the one led by Dame and Hey Jane, has plans for ad placements in Texas newspaper, the Houston Chronicle.

“If companies state publicly through this statement that restrictions like SB8 are bad for business… we hope it can dampen other states’ fervor to advance related restrictions,” said Jen Stark, senior director of corporate strategy at Tara Health Foundation and former Don’t Ban Equality campaign manager.

This isn’t Dame’s first rodeo with social justice. Back in 2019, the brand partnered with other women’s wellness brands for a similar message in response to a rising number of abortion bans across the nation. According to CNN, most attempts were blocked by judges. In addition to that, the sexual wellness brand sued New York City’s Metropolitan Transportation Authority (MTA) after it denied a Dame subway ad campaign for what the brand calls “vague and sexist reasons.” Per Fine, the new SB8 legislation puts the collective’s efforts back at square one, but the brands plan to continue as part of their brand purpose.

The idea of brand purpose got a second look in 2020, thanks to the COVID-19 pandemic and renewed calls for social justice. Recently, a number of brands, like Expedia Brands and Axe, recommitted to campaigns encouraging people to get vaccinated. According to the latest consumer report from marketing analytics and product research company Jungle Scout, nearly 60% of shoppers say a brand’s social activism influences their notion of that brand. To prove its point, Tara Health Foundation commissioned a study this year showing that 77% of respondents said that reproductive healthcare, including access to contraception and abortion) is an important issue.

“Over the last decade to 15 years, it has become increasingly important that brands really show up with a set of values and beliefs [and] that their customers know what the brand stands for,” said Deb Gabor, founder and CEO of Sol Marketing, a brand strategy consultancy.

Per Gabor, it’s a change of pace for advertisers, who are notorious for being risk-averse. But as shoppers look to align themselves with brands carrying a belief set similar to their own, advertisers will need to meet them where they are.

For example, Gabor pointed to Nike’s 2018 ad with Colin Kaepernick as the Black Lives Matter movement was picking up steam. It was a move pundits speculated would alienate conservative shoppers, but Gabor calls it “an absolute mic drop” moment for the fitness brand.

“Nike knew exactly what they were doing,” she said. “Yes, they alienated some people, but they were totally OK with who they were alienating because they were moving closer to their ideal archetypal customer.”

The rise in brands supporting social causes is no different. In fact, it’s a move to lean into their own values and thus, attract a loyal customer base with similar values.