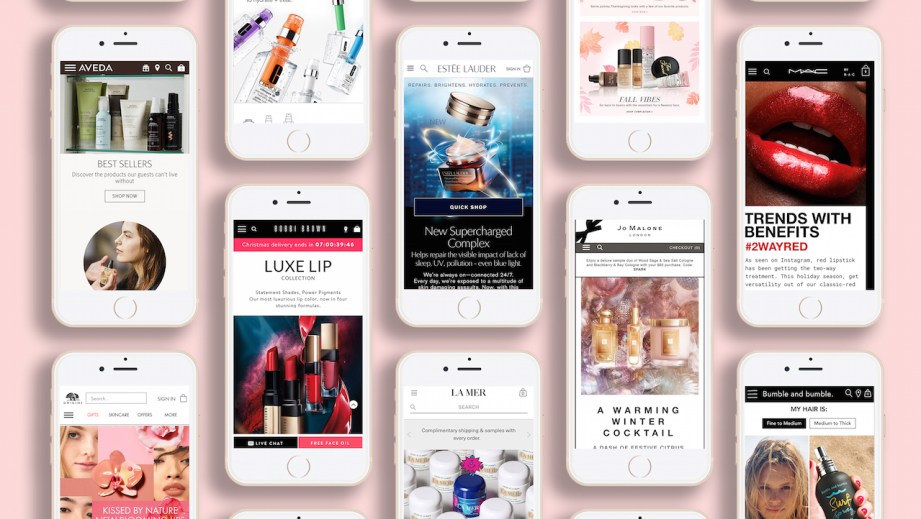 In third-quarter earnings on Friday, Estée Lauder Companies’ executive team pointed to the long-term changes it expects for the company and for the larger beauty industry.

For the period ending March 31, ELC saw net sales decrease by 11% to $3.35 billion year-over-year, with skin care standing as its most resilient category. Net skin-care sales declined by 1% year-over-year, while makeup, hair care and fragrance declined 22%, 13% and 11%, respectively. The disjointed — and somewhat unknown — re-openings of brick-and-mortar partners have required the company to accelerate its focus on e-commerce, said Fabrizio Freda, Estée Lauder Companies CEO, on the earnings call. He said that online conversion rates were driven “sharply higher” at the end of March, and that online growth “accelerated sharply” during that time and continued to rise in April.

ELC Online, which oversees almost 1,700 mobile and e-commerce sites in more than 40 countries, was created in 1996 and accounted for 15% of the company’s global sales in 2019, according to a company spokesperson.

With the necessary shift to online for the foreseeable future, previous omnichannel strategies are being put under a microscope.

“Obviously, if the percentage of online business increases, [other sales channels] would be reduced,” said Freda. “There would be closures and a reduction of brick-and-mortar stores overall. [But] this will make the brick-and-mortar stores more productive and deliver customers experiences better, so we don’t see this [as a] negative in the long term.”

Department stores are already under an existential threat due to the elimination of foot traffic, as are beauty retailers like Sephora and Ulta.

But the importance of an individual store will not be reduced. In fact, its relevance will increase due to its more rarefied existence, said Tiffany Hogan, Kantar Consulting senior analyst. Beauty shoppers will still desire to test-out and experiment with products in-store before they buy, she said. That behavior is not going away, even if stores have to make changes to their hygiene policies. But department store retail will no longer be the primary sales channel; the concept of omnichannel is likely to go through a transformation that focuses more on digital and owned branded stores. ELC’s direction supports this.

“When retail stores re-open, we will be in a stronger position to unlock the potential of omnichannel,” said Freda, adding that brick-and-mortar recovery will be gradual. “We see the future of [our own] freestanding stores and brand dot-coms as [the] omnichannel [of the] future.”

Estée Lauder Companies has invested in its digital technologies such as voice assistants, live chat functions and AR. These projects have predominantly relied on technology partners such as Google and Facebook, rather than ELC investing in or acquiring its own.

In the long term, retailers will be expected to build up their online capabilities, while also bringing technology to the in-store experience, said Nathan Richter, Wakefield Research senior partner. Freda pointed out that when it comes to future innovations launched by ELC, the brand is focusing on “fewer and bigger,” and focusing on innovations that work best online. He also pointed out that the company is using social listening tools and machine learning to understand consumer behavior, particularly around positivity, self-care and wellness.

“While the in-store experience will survive the current crisis, retailers will have to address consumer expectations in a post-pandemic world,” said Richter. “For example, some consumers may want to avoid crowds, greater social distancing inside a store may become the norm, and demand may arise for a touchless shopping experience.”