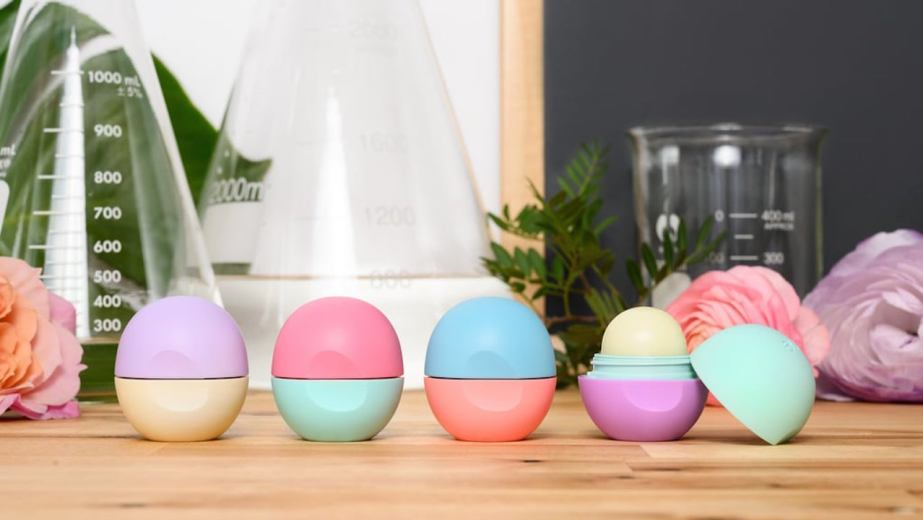 In an effort to elevate the development and communications of an inaugural collection of lip products called Flavor Lab, 13-year-old Eos has decided to work with influencers to co-create products for the first time.

Flavor Lab, which features six flavors like Lychee Martini and Watermelon Frosé, is meant to establish Eos as the premier tastemaker of lip flavors, much in the way that Pantone has done with its Color of the Year campaign, said Soyoung Kang, Eos CMO. The products launched last week exclusively at all Target locations. They will roll out to all Ulta and Kohl’s stores, and other retailers in June. Eos would not disclose sales figures, but according to Statista, the brand had a 7% market share of all U.S. lip-balm sales in 2018.

A significant new venture for Eos, with bolder flavors than its core offering, it wanted to try a new way to develop products and, subsequently, market them. Although the six flavors are not co-branded with influencers, Eos brought together 19 paid influencers from eight countries, such as Torri Webster from Canada (@torriwebster, 284,000 followers on Instagram) and Marta Lech Maciejewska from Poland (@superstyleblog, 125,000 followers on Instagram), to create flavor profiles.

The decision to make influencers the linchpin of the brand’s marketing strategy versus more transactional partners during the product’s roll-out can potentially have a significant impact. According to influencer marketing agency HelloSociety, brands with repeat and deeper partnerships with influencers see a 56% higher engagement on Instagram by the second post and an 11% higher engagement on the third post, compared to brands that do not.

Other brands are finding ways to court top influencer talent and establish long-term partnerships versus creating co-branded products. NYX Cosmetics worked with YouTube beauty influencer Alissa Ashley (1.8 million YouTube subscribers) in July 2018 to co-develop its range of 45 foundation shades, even though her name ultimately was not on the product. Additionally, on Friday, hair-care brand OGX said influencers in its new OGXperts program will be tasked with co-collaborating on future product.

Eos’ influencers will begin promoting #eosflavorlab on Instagram at the end of May and will continue until the end of August. Kang declined to specify posting requirements. However, she said influencers have discussed communications strategies with Eos that are “above and beyond” what the brand is requiring. Ultimately, this is because its influencers feel more invested in the brand; being part of product development gives them more reason to promote a product, she said.

“There is something about the creative collaboration that goes above and beyond just amplifying communications with both their audience and our audience,” she said. “It was about having creative consultants, and we can imagine that helps create a partnership that could go further in the future.”