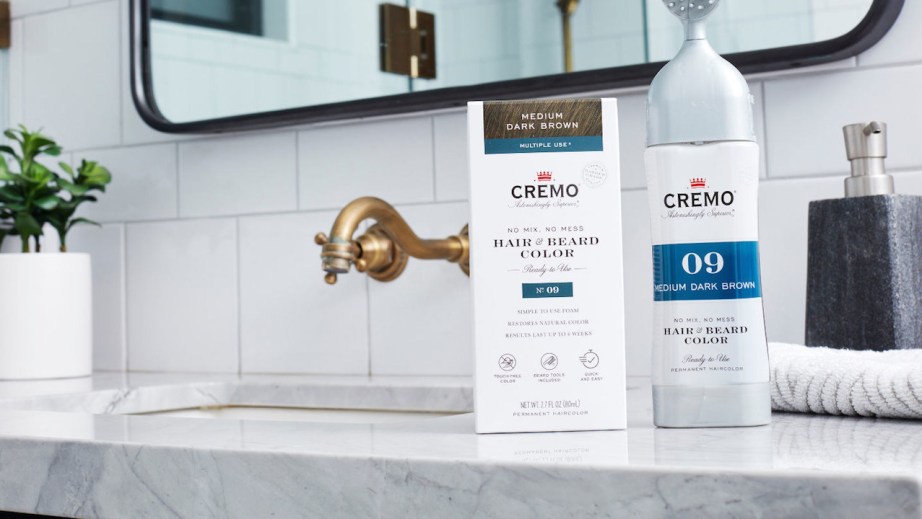 Despite Edgewell Personal Care’s failed attempt to acquire Harry’s Inc. in February 2020 for $1.37 billion, the conglomerate has not paused its ambitions in the male grooming space.

On Tuesday, Edgewell announced its intention to acquire 15-year-old men’s brand Cremo in an all-cash transaction for $235 million. Cremo sells nearly 75 male grooming products through e-commerce and mass retailers like Target, Walmart, Walgreens and Rite-Aid. Cremo’s proposition, according to its brand ethos, is to provide “barber quality” products that combine an old-fashioned feel with quality and accessibly priced products. Cremo’s products range from an $8 shave cream to a $23 cologne. It also sells a small selection of four women’s products across shaving cream and deodorant. Both Cremo and Edgewell declined to comment.

By all accounts, Cremo is an under-the-radar brand. But despite its subdued approach, the brand has been busy. The Laguna Beach, California-based brand, founded by Mike Boone and Kyle Schroeder, launched with a shaving cream in 2005. Matthew Biggins, Cremo CEO, joined in 2015. At the time, the brand was doing $2.5 million in sales, he told Forbes in 2019. Since then, the brand has expanded to face products, beard care, body products, shampoo and, most recently in March, hair dye. It did $75 million in 2018 sales, according to a brand press release.

Statista data estimates that the size of the global male grooming market will be worth about $29.14 billion by 2024. As Glossy has previously covered, the male appetite for more grooming products continues to mature. With its broad portfolio of products, coupled with its mass distribution, Cremo is already well-positioned to ride the category’s rising tide. Edgewell can help the brand achieve global scale while reaping the benefits of Cremo’s expertise and indie mentality.

“Men’s growing interest in maintaining an attractive appearance indicates opportunities for brands to expand their product portfolios further to include other personal care products,” said Olivia Guinaugh, Mintel U.S. Home and Personal Care analyst. “Acquiring Cremo will not only add value to Edgewell’s portfolio of insurgent brands (like Jack Black and Bulldog) by uniquely serving specific consumer profiles, but it will also increase the company’s presence in other male grooming categories.”

The ability to leverage the on-trend brand’s expertise across the rest of Edgewell’s portfolio, which includes Banana Boat sun care and Playtex tampons, is likely a strong motivation for the acquisition. Edgewell previously stated that its desire to acquire Harry’s Inc. was motivated, in part, by the digitally native company’s branding prowess. Edgewell owns over 25 consumer brands, including popular shave brands such as Schick, Bulldog and Jack Black. It’s shaving category saw net sales decrease year-over-year by $49.7 million, or 15.2%, according to the company’s third-quarter earnings on Tuesday. Edgewell cited that the decline was “largely volume-related,” due to Covid-19 and distribution losses in North America.

Meanwhile, Harry’s launched in 2013 as a DTC subscription service and expanded to brick-and-mortar through Target in 2016, before adding Walmart to its distribution in 2018 and various grocery stores in 2019. Harry’s also incubated women’s shaving brand Flamingo in 2018 and began manufacturing private-label razors. The FTC ultimately blocked the acquisition, citing anti-trust laws, and Edgewell opted not to push back against the ruling. At the time, Harry’s threatened to pursue litigation against Edgewell for backing out of the deal, but a lawsuit did not materialize.

“Customers already recognize Edgewell for personal care products, so this partnership is a natural fit,” said Avery Faigen, Edited retail analyst. “Unlike its attempted acquisition of Harrys, which offers razors and accessories, Cremo allows the parent company to diversify its product range.”