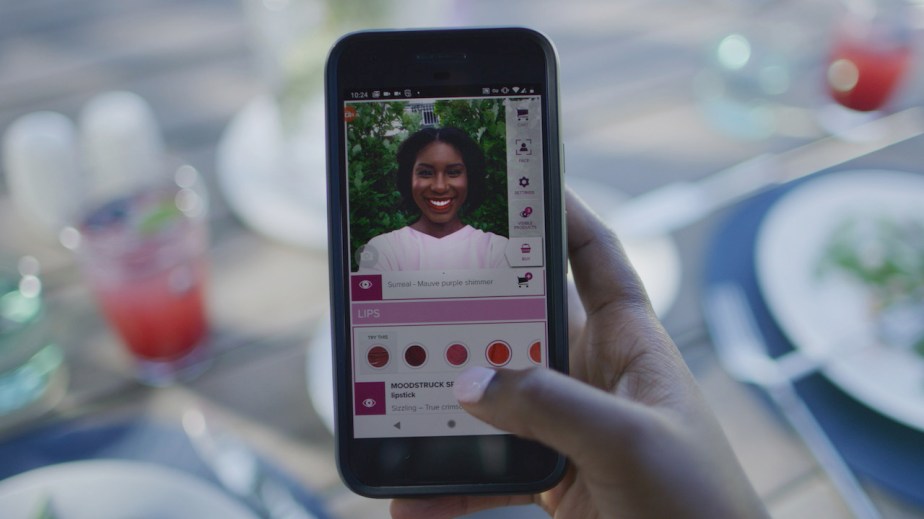 Direct-selling cosmetics brand Younique launched on Thursday an augmented reality tool, with the aim of getting closer to its end consumer.

The tool, called Younique Beauty Guide, allows Younique sellers to demonstrate online how products, such as foundations and eye shadows, will look on customers. Younique declined to say how many sellers it currently has, but a brand Facebook post from April 2018 indicated it had reached a million. Beauty Guide is hosted exclusively on Youniqueproducts.com, as the brand currently does not offer an app. New and existing customers can also use a Facebook Messenger chatbot to discover product in a self-guided manner before being led to its website and matched with a seller.

Younique, which launched in 2013, had positioned itself as the digital answer to direct sales, with a heavy emphasis on Facebook Live instead of the at-home parties of yore. In 2017, Coty paid $600 million for a 60% stake in the brand, which at the time reportedly had over 80,000 sellers. Younique was initially seen as a boon to the Coty’s consumer beauty division, lifting profitability by double digits, but its sales and revenue have since declined, according to the conglomerate’s third quarter earnings.

“This Beauty Guide will present people with easier and virtual access to our portfolio,” said Melanie Huscroft, Younique co-founder and chief visionary officer. “[Sellers] already do not need to purchase products, and now that we can provide this tool, it represents the next step for our company.”

The AR feature has been in the works for two years by 70 in-house developers; Younique expects the AR app to generate excitement among both sellers and customers, although the brand declined to share any sales expectations. A highlighted aspect of the tool is that customers will be able to virtually try on products that have yet to hit the market. At launch, that includes eight peach eye-shadow shades from the brand’s Moodstruck Pressed Shadows product line debuting on Sept. 1. After a person uses Beauty Guide, both they and the Younique representative (who either sent them to the Beauty Guide or is assigned to them afterward, based on proximity) receives an email about the facial analysis results and product recommendations. The idea is that the representative gets to know what its customers are looking for and becomes better at giving recommendations, said Joseph Toscano, Younique, chief experience officer.

Younique is also trying to balance its role of supporting sellers, while also propping up and improving their customers’ experience. Other direct-sales companies, like Avon Products, Inc. and LimeLife by Alcone, have tried similar tactics: Avon launched a new app with AR functionality in October 2018, while LimeLife launched a new subscription offering to bring its story close to customers.

Toscano noted that this type of feature has been something sellers have been asking for and that preliminary research by the brand found that sellers were spending “a lot of time” with customers in the consultation phase. Although Toscano said conversion was not an issue for Younique, in Coty’s most recent earnings, it was noted that headwinds for Younique were driven by declines in new sellers. Thus, the AR feature is meant to “strengthen” sellers’ confidence in making product recommendations and ultimately move their Younique sales.

“We probably have over-complexified the portfolio, and maybe there is an amount of fatigue for our [sellers] or complexity of the operation for them,” said Pierre Laubies, Coty Inc.’s chief executive officer, on the earnings call.

WWD recently reported that Coty is considering divesting between $500 million and $1 billion in assets. Coty declined to speak on the matter and Younique is not mentioned in the story; however, Nik Modi, consumer staples analyst at RBC Capital Markets, said it would make sense for the larger Coty portfolio to offload Younique.

“Prior to Coty getting [a new management team] it was on this acquisition spree that I never really thought was a great strategic move,” he said. “Younique is the one brand that sticks out the most as not making sense for the overall company.”