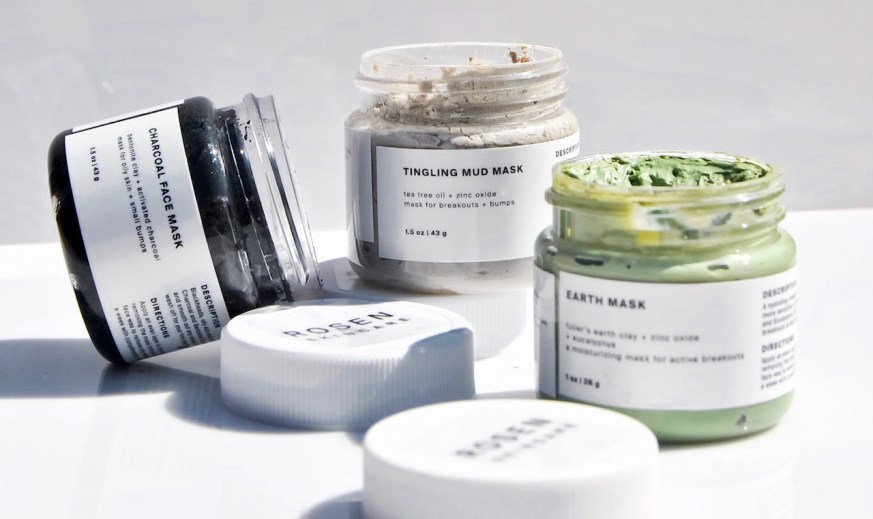 Beauty & Wellness Briefing: The future of the Gen-Z acne movement

The new, pandemic-fueled emphasis on self-care, skin care and wellness has also put renewed focused on the once-sleepy acne category, especially among the Gen-Z set.

Thanks to the burgeoning acne positivity movement, a slew of newer brands like Rosen Skincare, Topicals, Starface and Bubble have come to market in an attempt to challenge legacy players with less prescriptive standards. Rosen Skincare, for instance, has long relied on highlighting the acne “journey” versus merely before-and-after images pre- and post-breakout, said founder Jamika Martin. Rosen has been DTC-focused since it launched in 2017 and is now entering Target.com this month. It is also launching in 27 Nordstrom stores after a summer pop-up experiment of nine doors.

“I wanted people to see Rosen and think: breakouts. In 2018, we noticed that 50% of our audience thought we were about glowy skin because of our rosewater face dew and our Vitamin C bright citrus serum; the other 50% thought we were about helping acne. So we tweaked our messaging to be more welcoming to those suffering with breakouts,” said Martin. “It’s been really important to be clear on who we are.”

Martin has taken no institutional capital since launching Rosen, as she’s focused on the company’s steady profitability versus exponential growth. Still, she has seen steady 30% month-on-month growth in 2019 and 2020, which is expected to accelerate with Rosen’s Target.com debut.

Rosen has taken a holistic acne approach since its debut and launched with a three-product regimen: a rosewater face dew, a charcoal mask and a tingly mud mask. The collection is now up to 14 products. But Martin recognizes Rosen is not the only Gen-Z acne brand filling a white space. She cites other companies like Topicals and Starface as building an authentic following among teens — for Rosen, Twitter has been its community’s go-to. And because Martin is a women of color herself, she has found that a significant portion of customers are Black and brown men and women who have gravitated to the brand — not necessarily because of the formulations, but because they seen themselves in her and the company’s branding on social media.

One-year-old Starface may have launched as a acne-patch brand, like Hero Cosmetics, Peace Out and ZitSticka before it, but since May, it has rounded out a fuller assortment to include a facial cleanser, a moisturizer, an exfoliating night water and pore strips, along with special editions of its hero Hydro-star patches. The brand launched in approximately 1,500 Target doors in October and will scale to 1,700 in January 2021.

“The plan was always to launch a complete routine, but the significance of the patches is connectivity and joy, like when you see someone wearing sneakers that resonate with you. You’re like, ‘I love those,’ and you get to have this shared moment of self-expression,” said Starface co-founder Julie Schott.

Martin agreed that acne patch brands, like Starface with its star-shaped hydrocolloid patches, have helped make it “cool” to have acne. “It’s not something to be ashamed of the way it was when I had to go through Accutane twice,” she said.

That’s precisely the point, said Starface co-founder Brian Bordainick. He said many of Starface’s consumers are Gen-X parents now with children, and they don’t want their kids “to live with the same negative experience they had” as teens. “We’re not approaching them with some sort of problem and then a solution, or using words like ‘kill,’ ‘eliminate’ or ‘blast,'” he said.

In February, it was reported what Starface was experiencing 50% month-over-month growth pre-pandemic. Bordainick would not share new figures; the company is dealing with startup inventory challenges as it has entered Target, but its monthly growth has “accelerated” more than 50%, he said. Though Target aims to keep its out of stock [OOS]  rate to 1% of total doors, according to Bordainick, Starface has performed higher than initially expected and is out of stock in 22% of locations currently.

Beyond expanding its distribution, Starface has been able to slash prices with Target’s scale, which has also contributed to growth. For instance, its hero patches were priced at $22 in September 2019 and are now $14.99.

But as indie brands see gains in the teen acne space, the overall category has slowed. According to market research from Euromonitor International, the global acne market has decreased by 2.7% to $2.7 billion from 2019 to 2020. In the U.S, it has declined by 1.5% to $635 million. Though the top-three ranked brands are the same worldwide and in the U.S. — Johnson & Johnson’s Neutrogena, Reckitt Benckiser’s Clearasil and Johnson & Johnson’s Clean & Clear — even they recognize it’s time for reinvention.

Reckitt Benckiser’s rebrand for 70-year-old Clearasil has been underway since the start of 2019. What started with a revamped paid and organic digital strategy with influencers and real teens led to Clearasil’s “Real Faces, Real Stories, Real Solutions” campaign that launched in February 2020. It featured real teens in unretouched images and content. The company has also revitalized its brand packaging with Gen Z-friendly colors, typography and phrases in all retail partners and on its DTC site. Most recently, Clearsil inked a partnership with STOMP Out Bullying, and donated $25,000 to support national anti-bullying and cyberbullying efforts, as it aims to have more of a one-to-one relationship with customers.

“Where we are today is that we want to innovate — not just from a product standpoint, but from a messaging standpoint. We really shifted from marketing and talking to moms to building a supportive community among teens,” said Claudine Patel, vp of marketing and innovation at Reckitt Benckiser. She noted that the brand saw 55% growth in social followers across all of its platforms in six months, due to the marketing shift. Total sales for Clearsil have increased 32% since 2019, largely driven by Facebook and Instagram video ad campaigns featuring relatable teens. E-commerce sales have increased by 130% since last year.

Still, Schott believes that acne companies today need to be go beyond targeted surveys, ad copy and campaigns. “You can send out all the surveys you want or adopt our language in social, but you have to be more intentional with your base,” she said. Proof of that mantra: Starface recently formalized Starface U, an application-based national network of 15 high school-aged individuals, who work as 1099 contractors for the brand. Both Schott and Bordanick emphasized that these teens are not famous Instagram or TikTok stars, but real people, who inform product decisions, conduct market research and also represent the brand in their daily lives. Beyond being paid, these students also get professional development and coaching from Starface’s team.

Yet even with the purported preoccupation with cleaner ingredients by teens and brands like Rosen, Starface and Kinship, Patel said the focus for Clearsil is on its core and its “medically-backed” expertise. For instance, for holiday, the brand is launching two new acne kits, the Clearasil Rapidly Clear Acne Solutions and Clearasil Clear Skin Everyday Essentials, which are value packs of full-sized products from its most popular skin-care lines, versus launching totally new innovations.

But as more competition comes in aisle at bigger retailers like Target, the acne market might be bracing for a Harry’s versus Gillette renaissance, that ultimately saw prices slashed by legacy players and better options for consumers.

“After Accutane didn’t work for me the second time, I found myself back in the aisle at Target and in drug stores. I was a college student on a budget trying to figure it out for myself, and honestly, that’s where teens shop and figure it out,” said Martin. “I’m sure I’m going to have to really think about capital now, because of bigger purchase orders, but customers don’t care if you are bootstrapped or if you have funding behind you. They just care what their package looks like when they get it, they care if your products work, and they care that you get them.”