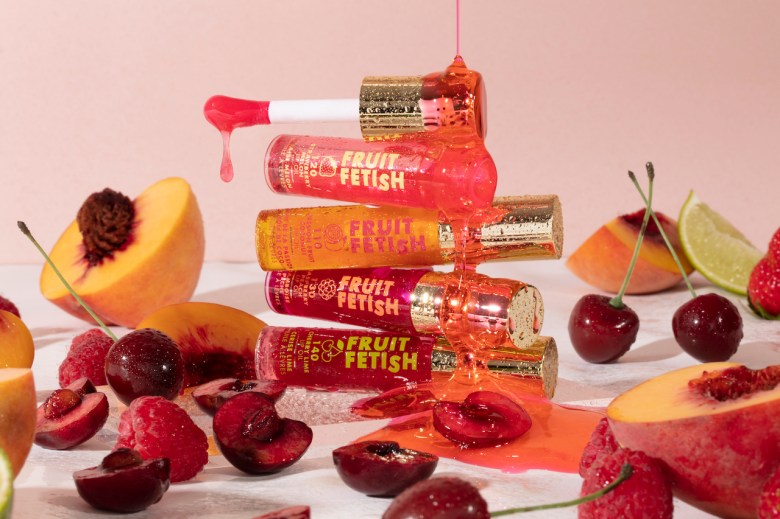 Readers, I’m back! Big thanks to Emma Sandler and Liz Flora for taking over the beauty and wellness briefing these last few months. I’m looking forward to connecting with all of you, and if you have thoughts, ideas or questions, or want to riff about all things beauty and wellness, please email me at priya@digiday.com. –Priya

At this point, we all know beauty brands would be remiss if they don’t somehow tap into cultural moments — especially internet conversations. And as Liz Flora reported in May, for the last two months, social media was enraptured with the defamation trial between actors Johnny Depp and Amber Heard, which ended last week. Beauty brands got caught in the fray, including Milani and L’Oréal Paris, the latter of which counts Heard as an ambassador. Dior also was modestly entangled due to Depp starring in Dior Sauvage fragrance campaigns, with its searches and sales increasing, according to WWD.

In contrast to the household heritage names that are L’Oréal and Dior, Milani is a 20-year-old indie brand. Found at Ulta Beauty, Target, Walmart and Walgreens, Milani is an affordable brand best known for serving diverse consumers. But tapping into this sensationalist Depp-Heard moment was just a small part of a much bigger Milani strategy that has been building for more than a year.

After a first stab at internal transformation in 2018, following private equity firm Gryphon Investors’ majority stake investment that May, Mary van Praag, formerly of Perricone and Coty Inc., was named as Milani CEO in 2020. Shortly thereafter, Jeremy Lowenstein, formerly of Kopari and Coty, was tapped as CMO.

According to Nielsen data for lip, eye and face makeup categories, Milani was ranked No. 9 for the 12-week period ending April 23. And it’s been on an upward swing since the third quarter of 2021. It was also the only cosmetics brand in the top 10 not owned by a conglomerate, except for E.l.f. Milani Cosmetics would not share sales figures, but the brand earned $40 million in 2017, according to the Wall Street Journal, and was valued at $500 million.

The brand has found favor on TikTok, after debuting on the platform in February 2021. Thanks to fans like Mikayla Nogueira, four of the brand’s 2022 launches have gone viral on the platform. That includes its Color Fetish Flora Lipstick, which has approximately 7.3 million total views. Like Nogueira, Rocio Soria (@Rocio.Roses, 1.4 million followers) is a fan of the brand and posted about Milani in her video on $5 and under finds at Walmart. Lowenstein said the lion’s share of Milani’s partnerships are unpaid and organic.

Soria said she discovered Milani on a late-night run to Walmart as a senior in high school. Her love for the brand continued in college: “I was a broke college student and desired so badly to recreate the looks that all the beauty YouTubers we’re doing with ‘high-end’ makeup. Milani made that feasible because their products perform [well].”

Given TikTok’s Gen-Z audience, it makes sense that most of Soria’s TikTok followers are price-conscious. She said they’re largely students and young stay-at-home moms. “[They] don’t have the luxury of dropping $300 at Sephora once a month. They want to achieve the luxe for less look, just like I did,” she said. Coincidentally, Milani’s latest launch, its Fruit Fetish Lip Oils, in January, has been compared to Dior’s cult Addict Lip Glow lip balm. Milani’s version is $9.99, while Dior’s is $35. Milani’s Fruit Fetish Lip Oil collection has seen an average weekly sell-through of 350%.

“We didn’t expect it to be a blockbuster launch, but people picked it up and started posting it on TikTok. There have been over 100 videos made about it, and we can’t keep it stock,” said Lowenstein.

Nailing the mix of TikTok, price and responding to the wants of the multicultural consumer has been big for the brand. Its Color Fetish Lipstick and Conceal + Perfect Cream to Powder Foundation products saw average weekly sales growth of 328% and 201%, respectively, after organic posts on TikTok went viral. Complexion is a key category for the brand, said Lowenstein, as Milani has a wide array of shades in foundation and concealer.

“If you’re watching any videos on TikTok, they are comparing Milani to the likes of Dior, Charlotte Tilbury and Tom Ford, because the quality and innovation are amazing,” Lowenstein said. Milani Cosmetics’ own TikTok channel is mix of user-generated content, beauty tutorials, playful before-and-afters and callouts to retailers. It has 1.4 million likes and 162,000 followers. Its bio reads, “Diversity is in our DNA. Luxe for all.”

Granted, makeup sales have rebounded industry-wide. In the first quarter of 2022, beauty’s biggest category, makeup saw a 22% year-over-year jump in revenue, to $1.8 billion, according to NPD Group. Lip products, where Milani has a foothold, grew the fastest within makeup: 44% year-over-year.  Still, Lowenstein emphasized that Milani is not trying to be a dupe brand. “We’re democratizing beauty; you don’t have to shop at a premium retailer to have the best product.”

And certainly, the beauty consumer believes that more than ever. If you look at the success of a brand like E.l.f., its turnaround, buoyed by the promise of better products at mass prices, is still holding true. Its latest earnings report from late May showed that E.l.f. Beauty delivered better-than-expected fiscal fourth-quarter and year-end sales for 2022. While the regular Dior or Tom Ford beauty consumer may not trade down from every luxury product, they’ve already traded down on some.

“The beauty shopper has gotten smarter,” said Stephanie Wissink, managing director of consumer research at Jefferies, noting that the same high-low trend of ditching designer denim for Zara and H&M is becoming more ubiquitous in beauty.

With inflation high and worries of a recession rampant alongside deep investment dollars behind it, Milani is well prepared to nab more consumers.

“Milani is poised to continue its social virality and growth trend as consumers make discerning choices during challenging times without having to sacrifice on quality,” said Lowenstein. “Milani women do not want to compromise.”

Martin Brok, president and CEO of Sephora, leaves the retailer “due to a divergence of views.”

Why did Fenty Beauty’s launch in Africa seemingly fall flat?