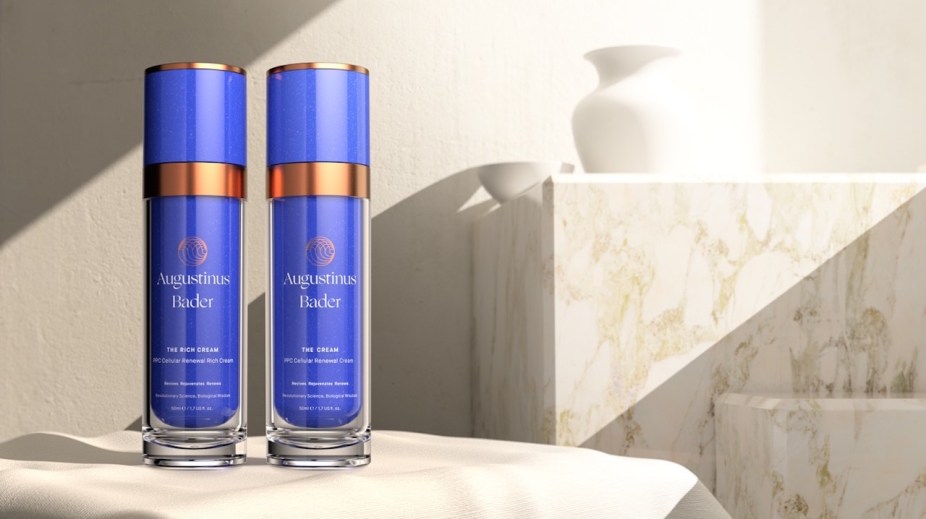 On September 23, the brand is launching its first-ever, multi-part campaign that extends into at least into spring 2020, timed with its expansion into new markets like Canada in September and Hong Kong in October. Part one is a digital campaign with the tagline “Cell care is the new self-care,” dedicated to the new body cream, which was introduced to the U.S. market in July and will be globally available on September 23. Part two, which kicks off on November 5, will focus on the entire product assortment, while a campaign in the spring will likely integrate out-of-door advertising and possibly podcasts, said Maureen Case, CEO of Augustinus Bader. The products range from $85 to $265.

Dr. Augustinus Bader, the man behind the brand, formulated the products based off of research. The brand is expected to do more than $25 million in sales in 2019, according to industry sources, and it has largely caught on through unpaid celebrity endorsement from the likes of Victoria Beckham.

“What we have found is that, when it comes to premium skin care, someone needs to understand why they need it before they invest at a high level and change their routine,” said Charles Rosier, Augustinus Bader’s co-founder.

Similar brands, like Révive, which was relaunched under Tengram Capital ownership in December 2018 is also doctor-founded and has rapidly been launching products and expanding into new markets. Dr. Barbara Sturm, another German-based brand, has also begun staking a stronger foothold in the U.S. with the launch of its first flagship in New York City.

So far, Augustinus Bader has tried to solidify its position in the market with the launch of a loyalty program and an automatic subscription renewal for its two face creams, both in July, and it’s taken advantage of Instagram’s shoppable capabilities since April. In 2020, the brand will also reinvest up to 5% of its overall sales into a sampling program, with a target of more than 1 million units, said Case.

“I think [doctor-based brands] are the groundswell of the future,” she said. “There’s a lot of marketing involved in [tradition beauty], but when you have the authenticity and purity of science in skin care, that matters.”

For its part, Augustinus Bader wants to take a surgical approach to the first leg of its campaign. On September 23, the brand will roll out through Instagram and its own website clinical results of its body cream and how it affects the appearance of cellulite and stretch marks. At the same time, it will release an Instagram campaign called #BaderSkin with 150 unpaid influencers and five paid. Overlapping all of this will also be paid social ads on Instagram and Facebook and on September 30, videos demonstrating the product, and the clinical results will be shared on Instagram, on the brand’s website and in paid ads.

“It is much more important to share why people should make a purchase than to just do a campaign that blasts influencers,” said Rosier.