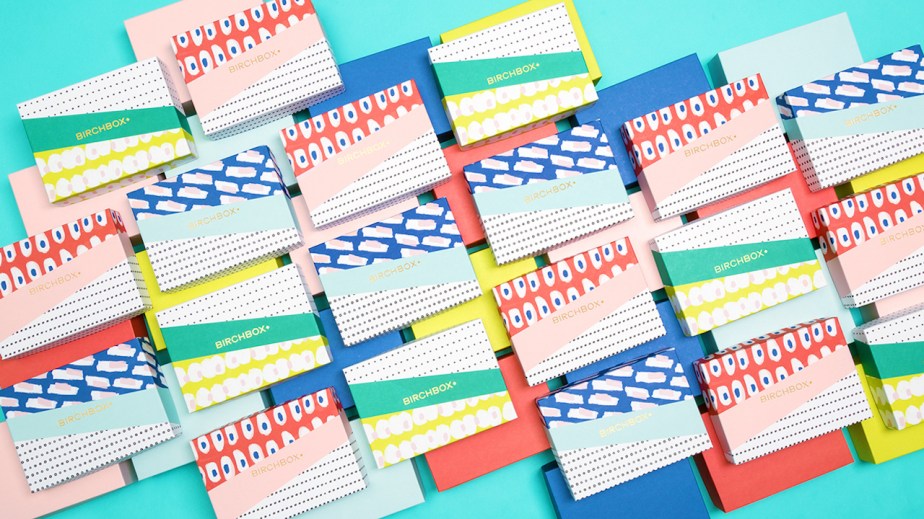 When Birchbox first came to market in 2010, the beauty company offered its monthly subscription boxes with sample-size product for just $10. As of next week, prices for Birchbox’s boxes will range from $12 to $15 per month for both existing and new subscribers. Only Birchbox Aces (VIPs who spend $300 a year with the brand) will be offered the $10 boxes.

The tiered subscription is in part due to the postal cost increases to ship Birchbox subscription boxes, but also to reward its existing loyalists within its 1 million-plus subscribers, Birchbox said.

“If you are an Ace subscriber, we can afford to do more for you, but this entire pricing exercise is really about elevating the experience and providing more choice and options to our customer,” said Katia Beauchamp, Birchbox cofounder and chief executive officer.

Beauchamp broke down what the company’s new pricing and customization structure means for Birchbox.

How will Birchbox emphasize that its pricing increases will yield a better customer experience?
Customers are not going to pay more money to get the current experience that was once a $10 box. None of our customers are going to get the existing Birchbox experience as of April, but rather new boxes with more choice and control. Now, customers can choose what they want to get in their box, can curate boxes around theme or need they may have, and opt out of having a box at all in favor of more points [which can be used to shop for full-sized items]. We are also focused on increasingly offering new and better product.

From the backend, how are you facilitating greater personalization for these boxes?
We are working on getting to know our customer better, and that will be seen in our Beauty Profiles on our site. We are reworking the algorithm to give customers a better surprise experience that is more relevant to her. We had been a little apprehensive in the past and held back with collecting this kind of information in the past, but we now realize with more data, we can serve our customer better.

How does this higher $15 price point tie back to your larger Walgreens store strategy?
At Walgreens, we’ve seen a high willingness to pay, particularly when you have that choice. The Build-Your-Own-Birchbox experience in Walgreens has always been $15 [Birchbox first launched this option in its New York store in 2014], and its proves our theory that when customers have more choice, they feel a $15 box is absolutely worth it. We also already operate at this price point in Europe and it gives those teams more opportunity to invest those extra margin dollars in the customer experience, and that provides longer term value. — Priya Rao

The growth plan of a $1 billion flip-flop brand
Over the course of a 25-minute conversation, Eno Polo, U.S. president of 57-year-old flip-flop brand Havaianas, compared the brand to Kleenex, and its signature styles to Amazon books and drugstore sunglasses.

“At the end of the day, we’re just a flip-flop,” he said. “We’re not some high-tech thing; we’re an impulse purchase.”

But those impulse buys have added up to big business: According to Havaianas, it’s the top-selling flip-flop brand in Europe, and it sells a total of 200 million pairs per year, or 10 per second. In the U.S., most pairs sell for $20 to $30. In 2017, its controlling stake was sold for $1.1 billion.

Currently, Polo is aiming to grow Havaianas in the U.S., where it ranks No. 5 in terms of sales in the space. Competitors include Nike with its slides, fashion brands like Tory Burch, surf brands like Reef and even Crocs. To do so, he’s growing the brand’s wholesale network, which currently includes department stores, specialty shops and Amazon.

Since Polo joined the brand in late 2017, he has been working to update its wholesale mix, moving it beyond fashion department stores, like Nordstrom and Bloomingdale’s, to include more surf stores and independent swim boutiques. He’s concentrating on areas like Florida and Hawaii, and California beaches including Manhattan, Newport and Hermosa. “Our competitors were already playing strongly there, and we were really weak there,” he said.

But how many retail doors is too many?

There is a saturation point, said Polo. “We are at that stage in other countries in the world; I can walk into a shopping mall in Portugal, and there are 16 stores selling Havaianas, and creating a large enough assortment so that everyone has different product is difficult. We’re not yet at that stage in the U.S.”

Still, on a local level, the brand is being strategic about where it sells. For one, it’s not selling through retailers that may read as cheap, as doing so has resulted in losing partners in the past. What’s more, as it looks to open more stores (it has 23 in the U.S.), it’s avoiding areas where strong retail partners are based.

Polo said he sees owned stores as opportunities to show the strength of the brand and also its depth of product — it sells 350 different flip-flops. Stores are also testbeds for new styles before the brand introduces them to wholesale partners.

Havaianas has dabbled in other product categories in the U.S., selling espadrilles, beach bags and sunglasses in its own stores. In Europe and Brazil, it also sells swimwear and beachwear. Polo said he wants Havaianas to become the top-selling flip-flop brand in the States before introducing other categories.

Rather than digital advertising, most of Havaianas’ marketing budget goes toward point-of-sale displays and merchandising. The company ships out thousands of branded displays to retail partners every year, which is costly, said Polo. In addition, the company relies on out-of-home marketing in warm vacation destinations. That includes signage at airports, and on buses, rental cars and billboards near beaches.

“People are buying because they’re in a store and they see it, or they’re on a trip and they want it,” he said. “I wish they were driving 50 miles to buy a pair of our flip-flops, but that’s just nice the case.” — Jill Manoff

How Under Armour is tackling mobile commerce
Yesterday morning, over scrambled eggs and avocado toast, Under Armour’s senior product manager Patrick Grissinger demonstrated the ways in which the brand has completely reinvigorated its mobile commerce technology with a focus on speed.

Grissinger laid out some of the lessons he learned when revamping Under Armour’s mobile site and app. Here are three that I thought were particularly relevant for brands looking to cash in on the still lucrative mobile commerce market.

1. Be fast
“From an ROI perspective, the No. 1 thing is increasing speed. If the experience is fast, the customer is more likely to complete the task. A lot of mobile stuff, whether it’s through an app or on the mobile web, can be painfully slow. Reduce friction. Unfinished tasks clutter up the mind, so make everything quick and simple.”