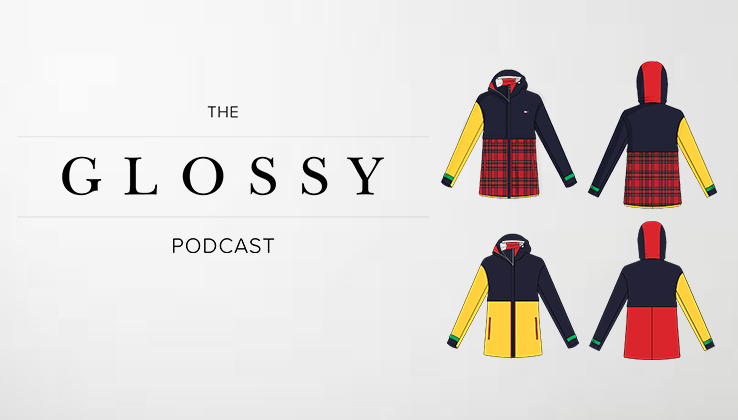 Live from NRF: How technology is changing the way Fashion Institute of Technology students design

At The Fashion Institute of Technology, staff and students are focused on fixing the industry.

That’s a big ask. As Michael Ferraro, the executive director of the Infor Design and Technology Lab at FIT, puts it, “industry problems” and how they can be solved were at the center of a recent collaboration that brought together students, faculty, IBM executives, Infor employees and representatives from Tommy Hilfiger that centered around artificial intelligence and where it fits into the design process. Fifteen FIT design students were asked to create pieces of clothing that would be designed using AI: one would incorporate wearable technology, the other wouldn’t.

Beyond the design process, students from other departments were asked to incorporate AI into manufacturing and production cycles, as well as marketing initiatives. While wearable technology was part of the collaboration, the goal was to expand students’ understanding of the role tech can play in the design process, beyond just wearables.

“I had thought of technology in fashion as only wearables before, and that’s only what I had worked with in the past,” said Grace McCarty, the FIT design student who submitted the contest-winning design. “Using cognitive tools, like Watson, helped me in the design process, without overtaking it.”

McCarty and Ferraro joined the Glossy Podcast live from the NRF Big Show this week to discuss the need for technology in the design process, the way schools are adapting to the change and the importance of collaboration.

On the new designer standard:
McCarty said technologies like AI, which can help fashion become more sustainable, and wearable tech are interesting to her because they serves a larger purpose, something that’s become increasingly important for modern designers.

“When I started in fashion, my vision was having a label. As I’ve continued my education and my own design process, I found that my vision has changed, thanks to AI and using different technology to improve people’s lives,” said McCarty. “I don’t know if designers are held to a higher expectation necessarily, but [they need] to keep up with the technological revolution that’s been happening.”

On collaborations:
The IBM-FIT collaboration not only brought different companies together, but it also brought together students from different departments that wouldn’t normally interact. Ferraro believes that this collaborative model represents the direction fashion is headed.

“The exciting thing about doing the project the way we did was that it was outside of any one department, and students could collaborate,” said Ferraro. “You don’t find that enough. This collaboration allows faculty to engage without putting anything at risk, and they can absorb and take it in and fold it into their objects. This environment is critical to absorb the fast-changing environment into the curriculum.”

On shaping the future of the fashion industry:
Ferraro and McCarty both believe that the industry will need to adopt more tools that let it address its biggest problems — seasonal lag times, unsustainable manufacturing processes — head on.

“We’re seeing technology sweep the industry that can make major advances, like virtual prototypes, which help designers move faster, and save on materials and manufacturing costs,” said Ferraro. “That’s a major thread moving through the industry — no pun intended — because people want garments turned around faster, while reducing waste. AI is a tool that augments your existing toolset and mindset. It’s designed to inform your decisions, not replace them.”

Our sister site Digiday is hosting its retail summit in a few weeks and is offering a limited number of complimentary passes for retail execs to attend. Apply here.