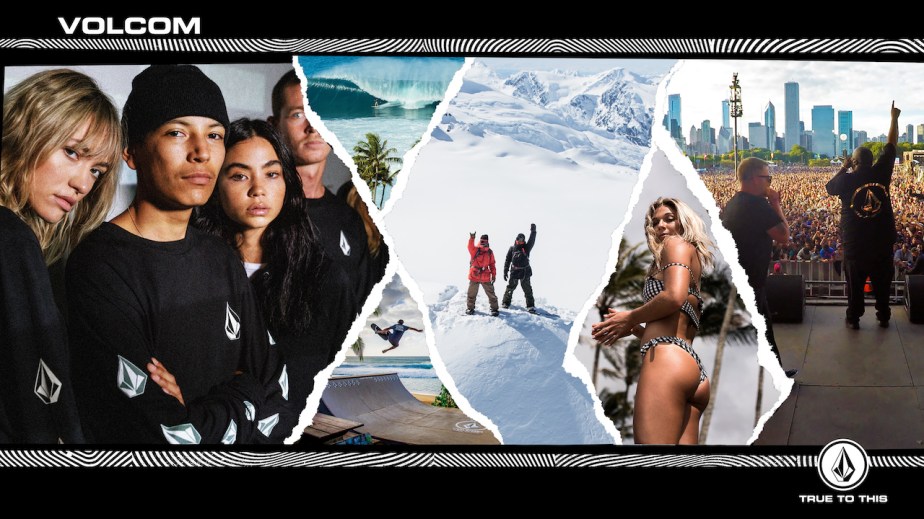 Outside of taking ownership of Volcom’s intellectual property — ABG does not make anything or sell anything into wholesale, but focuses on licensing contracts and marketing — the group also took a 20% stake in Liberated Brands, a new operating company formed for Volcom to assist with future product development, e-commerce, wholesale and more. Liberated Brands has headquarters in the U.S., but also in Europe, Australia and Japan. Currently, Volcom has nearly 100 retail stores around the world and brings in roughly 45% of its revenue from international customers. The move to bring Volcom into the group means taking that global mindset to ABG’s other 50-plus brands.

Jamie Salter, founder, chairman and CEO of Authentic Brands Group, said the group plans to “leverage Liberated Brands as a platform to help raise the profile of other ABG-owned brands — including Nautica, Aéropostale, Vision Street Wear and Airwalk — in key international territories, with a specific focus on Europe.”

The addition of Volcom not only brings Authentic Brands Group’s annual retail sales to roughly $9.3 billion, but it also helps grow the company’s lifestyle portfolio and gives the group an entryway into the world of skating and snowboarding.

“We saw value in Volcom because it’s one of the few in its space that has been able to grow while preserving the integrity of its products,” said Salter. “Volcom also has maintained its core customer base — a passionate and loyal following of both professional athletes and board sports enthusiasts.

Co-founder of marketing consultancy Metaforce Allen Adamson said ABG’s strategy of adding niche or specialized companies like Volcom to its roster is a smart move.

“The more focused the brand and the more specialized, the more valuable it is for a company,” said Adamson. “Trying to stretch a brand into new places is hard. It’s easier to buy a brand that already owns a space because that brand is going to be so much more competitive. The brand that tries to do everything for everyone is the weakest one.”

While ABG will focus on expanding Volcom’s men’s and snowboarding business moving forward, it will also place a big focus on its international expansion, as well as its women’s and kid’s lines. Key aspects of the growth strategy will be targeted digital campaigns and partnerships with influencers.