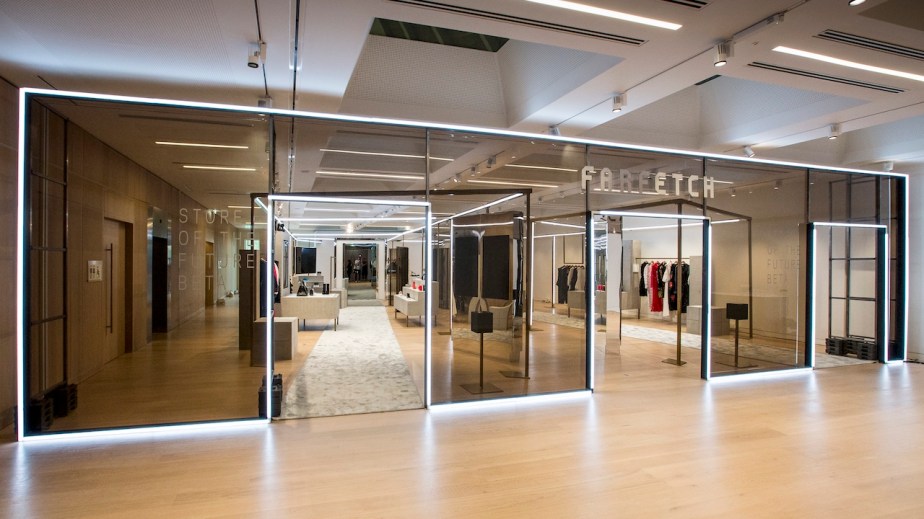 Four years after the luxury group Richemont spent more than $5 billion to acquire e-commerce company Yoox Net-a-Porter, the company is selling it off at a loss.

Announced Wednesday morning, Richemont is selling its controlling stake of YNAP to Farfetch at a valuation of around $1 billion, a fraction of what it was when Richemont first acquired it. In exchange, Richemont will receive $440 million worth of Farfetch shares and another $250 million over the next two years.

YNAP has been a burden to Richemont during the pandemic when it suffered deep losses compared to the flourishing of its rival luxury e-tailer Farfetch. The sale will help Richemont improve its finances without being burdened by YNAP’s expenses, especially since Richemont will claim a $2.7 billion writedown.

Farfetch, however, gets to snap up Net-a-Porter, one of its only real competitors in the online luxury e-commerce space. YNAP, which also owns several related companies like the men’s marketplace Mr Porter and off-price platform The Outnet, operated at a $210 million loss in the fiscal year ending in March. Furthermore, Farfetch’s e-commerce technology will power Richemont brands’ online stores as part of the deal, further cementing Farfetch’s dominance in luxury e-commerce. Some other brands that already use Farfetch’s e-commerce tech behind the scenes include Chanel, Brunello Cucinelli and Thom Browne.

Johann Rupert, chairman of Richemont, framed the sale as part of his overarching plan for YNAP to serve as a platform for the entire luxury industry.

“Today’s announcement is a significant step toward the realization of a dream I first voiced in 2015 of building an independent, neutral online platform for the luxury industry that would be highly attractive to both luxury brands and their discerning clientele,” Rupert said in a press release. “We knew back then that if we wished to control our own destiny and protect the uniqueness of the luxury industry as it was digitalized, we would need to collaborate, as the task was too big to undertake on our own.”

But it is Farfetch that has become the dominant luxury online retailer in the years since Richemont acquired YNAP. The company made $2.3 billion in revenue last year, outstripping rivals like Amazon’s Luxury Stores and Tmall’s Luxury Pavilion, the latter with which Farfetch has an ongoing partnership. Getting more brands to use Farfetch for their backend e-commerce technology, as all of Richemont’s brands will now do, is the next step, according to Farfetch CEO Jose Neves.

“The launch of Richemont maison’s e-concessions on the Farfetch marketplace is a step change in our strategy for hard luxury [like jewelry and watches], which represents more than 20% of the luxury industry globally, but just 3% of Farfetch sales,” Neves said in a statement. The vast majority of Farfetch’s sales are in categories like ready-to-wear, shoes and leather goods. “It’s an area where we see much stronger customer demand relative to the supply we have had to date.”