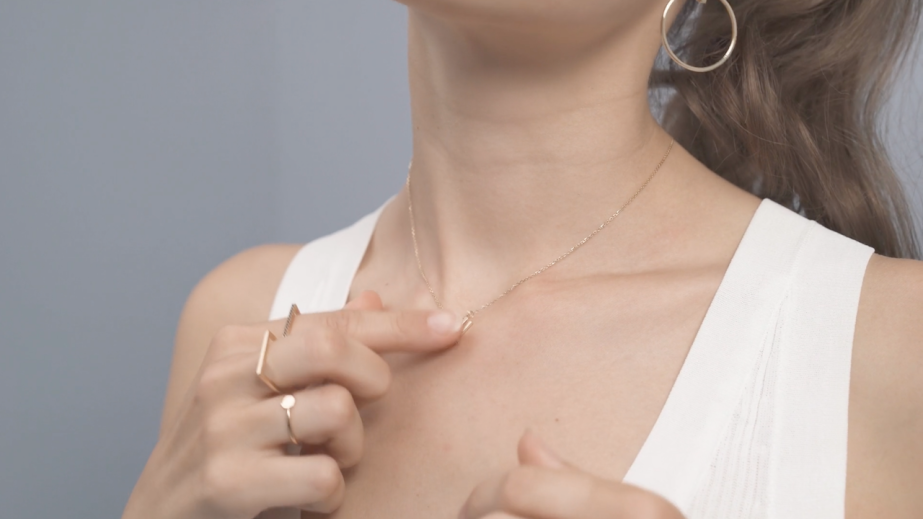 DTC jewelry brand AUrate announced on Wednesday a $13 million funding round from investors including Bluecrest Capital, Point King Capital and the Arab Angel Fund. The company is now laser-focused on international expansion.

The brand, which was fully rolled out in 2017 by founders Bouchra Ezzahraoui and Sophie Kahn, currently operates mainly in the U.S., although Kahn said 10% of the brand’s revenue comes from overseas customers. Over the next few years, the company will slowly and deliberately be expanding to two key markets outside the U.S. — Europe and the Middle East — before going for more challenging markets like China.

“If you want to become a real luxury brand, you have to have that international appeal,” said Ezzahraoui. “When you talk to investors, they ask what will the brand look like in 10 years. Anyone can open a store online and start selling here, but luxury brands are all international. The fact that all of our stuff is made in the U.S. is a stamp of trust, but we want to be a global brand.”

The founders chose Europe and the Middle East for their first areas of expansion because of their connection to those regions. Khan is Dutch, and Ezzahraoui is from Morocco. The two said their familiarity with these regions and markets will make them great testing grounds for larger expansions in the future.

“It’s the safer approach,” Kahn said. “We have some organic understanding of Europe and the Middle East, so next year, we can start with a store opening and build teams there. Then once we are ready, we’ll be looking at China.”

The company does not disclose revenue but did reveal that it had grown by nearly 400% since receiving its first $2.6 million funding round in 2017.

As for challenges ahead, the AUrate founders count hiring a competent team as the task they anticipate struggling with the most. The two are very hands-on with the U.S. business, and expanding into other markets will necessarily mean ceding some control over to others, since they can’t be everywhere at once.

The lack of control is one of many reasons that DTC brands typically do not expand overseas, especially not without partnering with some sort of larger platform or retailer. Outside of a few brands like Rothy’s and Everlane that have begun selling in China, DTC companies tend to stick close to home, especially in the early stages of growth. Part of that comes down to simple logistics and scale.

“The biggest issue with DTC expanding overseas is ironing out the shipping and logistics side of it,” said Syama Meagher, chief retail strategist at Scaling Retail. “The DTC brands that do it the best have distribution warehouses that can facilitate that in a more centralized country. It’s wise to be cautious. If you can’t nail shipping and logistics, [you can’t master] the great customer experience that DTC brands strive for.”

For AUrate, launching into a market where the brand does not have a strong presence is almost like starting over. The audience-building strategy needs to be customized for each new market in order to ensure the brand is reaching people the right way. This ties back to the idea of hiring the right team.

“Look at a company like Stadium Goods,” Meagher said. “They’re really successful; they have investment from LVMH. When they launched in China, they had a street team on the ground there that was native to the community. They didn’t produce stuff in New York and export it over there; they had a Chinese team that could make things that were relevant.”

Kahn and Ezzahraoui said they will do little to change the actual design of the product in each region, although they will push certain styles, like larger, more extravagant pieces in the Middle East. Instead, as they expand into new territories, the plan is to adapt the marketing and the content around how the products are framed and sold.

“One thing we need to transpose is not just the product but also the loyalty of our customers,” said Kahn. “We have a really strongly loyal customer base here — 40% of our customers are return customers. That has helped us grow efficiently. So how can we replicate that? Loyalty means different things in different regions. Our business model and product won’t change, but that is a place where we can really adapt.”