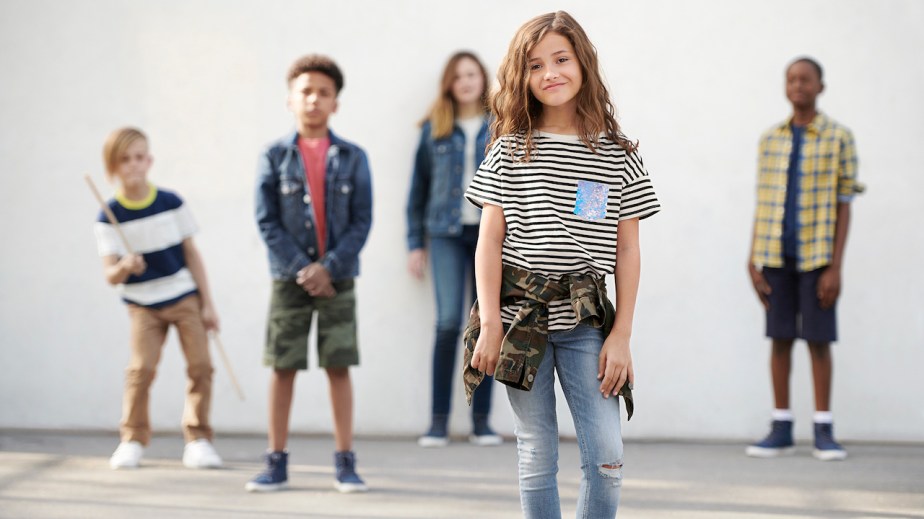 Why Gap is banking on the questionable spinoff of Old Navy

In February, Gap CEO Art Peck had big plans to spin off its over-performing sister brand Old Navy into its own company. Barely a few months later, Peck abruptly stepped down Thursday evening, and that plan is suddenly less certain.

Peck’s departure comes at a time when Gap and all of its brands, even Old Navy, have been hit with tough times and declining growth in sales. Spinning off Old Navy, the one bright spot in Gap’s portfolio, was part of Peck’s plan to revitalize the company. But under Peck’s leadership, sales across the board were too volatile, leading to his departure and looming uncertainty over whether the split will actually go through. If it doesn’t, Gap will have a rough road ahead.

Splitting off a successful brand from a larger company is an attractive idea, particularly if the parent company is deep in debt. J.Crew plans to use the money made from the Madewell IPO filed in September to pay off its more than $1.7 billion in debt. The cash infusion received from bringing in outside investors is intended to give J. Crew the capital needed to climb out of debt and focus on growth.

Gap is in a similar situation. The company has $1.2 billion in debt and, like J. Crew, one brand that’s drastically outperforming the rest. Old Navy brings in about $8 billion of Gap Inc.’s total $16 billion in annual revenue. Gap needs to keep investors interested in Old Navy so that a successful IPO can help it pay off some of that debt. If investor confidence is shaken, the IPO won’t succeed and Gap will be stuck with an ever-growing pile of debt. For Gap, the potential fallout from the Old Navy spinoff plan could snowball fast.

Analysts from Morningstar and RBC either suggested or predicted that the Old Navy spinoff be postponed, citing investors balking at a company with unstable leadership and no clear turnaround plan. Omar Saad, analyst at Evercore ISI, said in a note to clients that the separation would be extremely difficult now. Gap, in a statement to Reuters, said: “The board continues to believe in the strategic rationale for the planned separation, and the preparation for separation continues as planned.”

Not all analysts agreed, however. Some said that, even with slumping sales, there’s no reason the spinoff is necessarily in trouble.

“I don’t see any signs why they would or should change course on the spinoff,” said Scott Stuart, CEO of Turnaround Management Association. “I don’t think the CEO leaving would affect that plan. There are other factors, though. Fourth-quarter holiday sales are really important. Analysts focus on that a lot since so much money is made there. A weak showing there would be much more detrimental to a spinoff plan.”

Over the four years of his leadership, Peck’s salary skyrocketed from $6.1 million to $21 million, most of which was paid in stock in the company. Over the same period, stock prices at Gap dropped by half, and they fell another 10% on the day he stepped down.

Under Peck’s leadership, the company launched a new brand, Hill City in 2018, and tried out new marketing ideas and campaigns to target a younger audience, none of which had a noticeably immediate impact on turning the company’s prospects around.

Old Navy, which saw 6% revenue growth last year compared to negative 1% decline for Gap and negative 2% decline for Banana Republic, has been the company’s main attraction. But even Old Navy has not been completely immune to slumping sales. Fourth-quarter earnings for Old Navy were flat this year, compared to a positive 9% growth in the same period last year.

Reasons for the Gap brand’s struggles are manifold, including heavy discounting and competition from its own sister brand, Old Navy. (The two offer similar products, but Gap’s are at a higher price.)

“We are clearly not satisfied with the performance of Gap brand,” Peck said in an earnings call last year. “We know this iconic brand is important to customers, and we are committed to taking the bold and necessary steps to ensure that it delivers value to shareholders.” Gap did not respond to request for comment for this story.

But Old Navy is not the only silver lining for Gap. Athleta, an athletic brand Gap purchased in 2008, has also been performing relatively well. In 2017, Peck said that Athleta was on its way to $1 billion in revenue and has expanded to 160 stores, while Gap is closing 230 stores over the next two years. If the Old Navy spinoff is not successful, Athleta might be another point of solidity to lean on while Gap leadership figures out what to do with the rest of the company.

Still, the spinoff is not dead yet. Gap is intending to continue with the plan. The only thing that remains to be seen is if the goodwill from investors can support an Old Navy IPO even with the tumult within Gap as a whole.

“Clearly the company was bringing in losses and they needed a change,” Stuart said. “The board wants to remain favorable in the investment community, although I’m neutral on [Peck] leaving, myself. Gap has done a lot of good things and they’re being proactive. It’s definitely a setback but retail is volatile by nature and I’ve always found Gap to be one of the more proactive brands out there.”