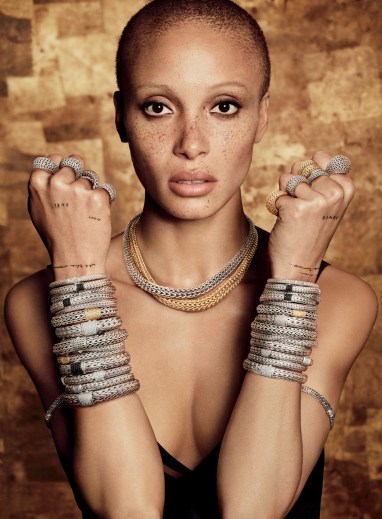 Why fine jewelry continues to sell

The pandemic has had a deadening effect on consumer spending, thanks in part to millions of people losing their jobs or being furloughed. But the wealthiest customers are continuing to spend, particularly on high luxury items with sentimental value, and fine jewelry has proven to be a resilient fashion category.

Marla Aaron, a jewelry brand founded in 2013 with prices from $100-$75,000, has seen sales rise by 20% this year, with a swift recovery after the initial slowdown in March. Fine jewelry brand Jenna Blake, which sells pieces for thousands of dollars, saw year-over-year sales up by 300% in April, May and June. The growth of jewelry is visible across both DTC brands and brands that sell direct and wholesale, like Eva Fehren, which saw a 40% year-over-year growth in sales last month, according to the brand. Meanwhile, overall apparel sales were down by as much as 70% back in May.

Boston Consulting Group estimated that one-time purchases like high-end travel would fall by up to 60% this year. Instead, investment pieces like antique furniture and fine jewelry are growing significantly, according to Moda Operandi. Auction houses Sotheby’s and Christie’s have both seen increased interest in jewelry and have sold several individual pieces of jewelry for over a million dollars each online since the pandemic began, a step up from the $200,000 max online sales either auction house had ever sold before, according to the Financial Times.

Among jewelry brands, there’s no consensus on why the category has held up well, but the jewelry’s resilience is a mark of where fashion is heading — namely, away from trends tied to a seasonal calendar.

“We saw strong sales in higher value styles, that consumers consider longer-term investments because they’ll retain their value,” said Sophie Hill, founder and CEO of social commerce platform Threads Styling, She noted that the company has seen sales of fine jewelry grow 124% in May and 83% in June. “We sold a Bulgari Serpenti watch at £100,000 [or $131,220] and other high-end fine jewelry pieces during the lockdown period.”

“People are still celebrating and looking for ways to celebrate,” said Alison Chemla, founder of fine jewelry brand Alison Lou. “Jewelry is a [popular] gift, plus it’s seasonless, and it’s something you can still wear and show off over Zoom.”

In April, a representative from The RealReal told Glossy that jewelry styles that are worn on the neck up were outselling jewelry worn elsewhere, to better suit the needs of Zoom calls and remote meetings.

“Jewelry is very emotional,” said Marla Aaron, founder of her eponymous brand. “There’s a lot of sentimentality tied up in it. One of our best selling pieces right now is the Di Me Ring, a piece with a little door on it, and we can engrave a message on that door. People are looking for something like that right now. It’s armor against a difficult time.”

Aaron said the growth in her sales has been across every price point; the less expensive and more expensive pieces grew in nearly equal measure since the pandemic began.

Moda Operandi, when it reported that its jewelry sales were up by 45% from March to May, said that it’s possibly because wealthy people view jewelry as a long-term investment that will hold its value better than, say, an expensive coat or even a handbag. (Though there’s an argument to be made that handbags can be long-term investments as well.)

Chemla said she’s seen an uptick in custom jewelry, in which customers are walked through the entire process of creating a piece — buying custom is more expensive than buying ready-made styles, with prices going up to $30,000. Chemla said she’s seen custom sales grow by 215% from March to August.

Aaron said she has seen the most success when she began setting up private Zoom calls with clients shortly after the pandemic began. Those private appointments brought in enough business that Aaron saw her split between direct-to-consumer and wholesale sales go from an even 50-50 to 70-30 in a matter of weeks, a shift she had been wanting to make happen for years. She also created a new Instagram channel, @MAJhelp, that provides customer service and answers questions to help get potential new customers through the last mile to purchase.