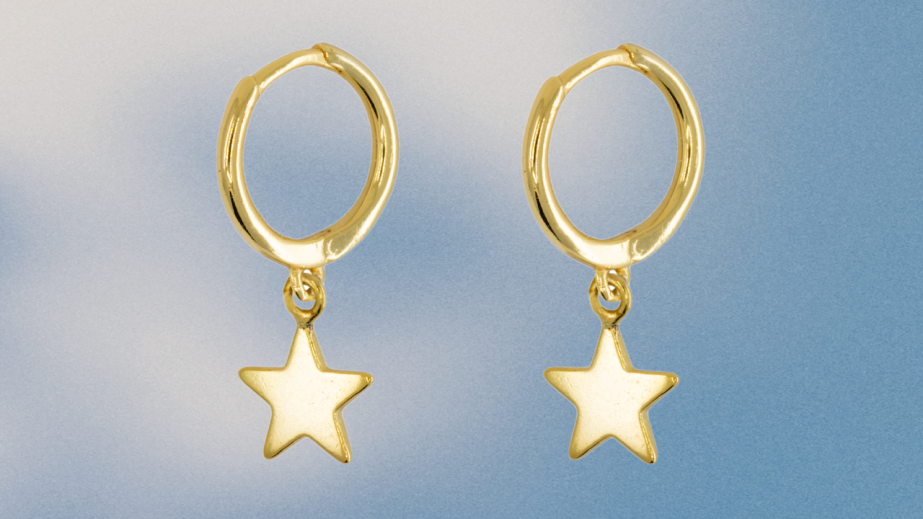 Why fashion brands are flocking to Depop

Fashion brands are appealing to Gen Z shoppers by setting up shop on Depop.

Studs, the young DTC brand known for piercing the cool girls of Instagram, started selling earrings via a brand shop on Tuesday. On the same day, high-fashion brand Rodarte announced its own presence on the platform. And Anna Sui launched a shop featuring styles from its archive on August 19.

Fashion brands are increasingly taking to resale platforms, both to compensate for the current lack of physical sales channels and to minimize losses on excess inventory. In doing so, they’re also getting in on the sustainability conversation at a time when brands’ processes are under a microscope.

Studs came to market in November via a store in NYC’s SoHo neighborhood. That was followed by a second store in The Shops at Hudson Yards in late February, weeks before NYC retailers temporarily closed their doors due to the pandemic. The reopening date for the Hudson Yards store is still to be determined, but the SoHo store will start offering in-store piercing and shopping appointments on September 2.

Founders Anna Harman and Lisa Bubbers first explored Depop because of its “social features, cool factor and clout” among Gen-Z, which make up 50% of Studs’ shopper base, said Bubbers, who is also CMO. A selling point of the platform was that it offers the seller more control of the experience, compared to The RealReal, “where you have no say in the merchandising and just have to hope they can sell your things for you,” said Harman.

Sales of earrings and piercing services had been equal when stores were open. But perfecting the store environment had been the focus of the company in its initial months out of the gate. Since March, efforts have shifted to driving online sales through the brand’s e-commerce site and beyond.

“When Lisa and I started the company, we really were interested in building a new version of a direct-to-consumer brand,” said Harman, Studs’ CEO, stressing that the old DTC model of leveraging inexpensive digital advertising has expired. “We’re excited to experiment with different formats of retail to meet the customer where they are; channel expansion online is going to be key. Customers are starting to use a lot of different social shopping platforms that brands haven’t really explored yet.”

“This is a first step — our first foray into a non-Shopify shopping channel,” said Bubbers. However, she said that excludes social platforms with selling features. Instagram, where the brand has 30,000 followers, has been a key, organic driver to Studs’ online store.

Ahead of the launch, Studs’ team learned to speak the Depop shopper’s language by studying up on Gen Z shopping behavior via platforms including Reddit and immersing themselves in the Depop app. They saw that affordable, rare and secondhand pieces that are labeled “sample,” “archive” or “deadstock” fly on the app. So they decided to launch with an archive sale of unsold earrings from a collaboration Studs released with Man Repeller late last year.

As Studs drops new collections every two weeks, the plan is to sell discontinued styles on Depop. Eventually, it may sell exclusive collections on the platform, said Harman — potentially collaborating with popular Depop brands to help build a following.

But according to Steve Dool, head of brand partnerships at Depop, new merchandise will never become a large percentage of Depop’s inventory. “We are a resale app, and that’s what we’ll always be,” he said. “Because that’s what the customer looks for.”

Studs also customized the design of its Depop shop for the shopper: “It’s like a mini Studs.com,” said Bubbers. “Our [main site] is really clean; we have to appeal to a broader audience, including moms shopping for their daughters. But Depop is meme-driven, it’s about rave culture, it’s nostalgic and ’90s. You’ll see that in the products we sell there and in the background of our images.”

For now, Studs’ Depop shop is managed by various team members. But a channel manager will need to be put in place if it takes off, as Depop doesn’t yet have the sophisticated seller tools of platforms like eBay, said Harman. For example, you can generate sales reports, but you can’t schedule listings.

To launch on the platform with a bang, Studs announced its presence to its Instagram followers and email subscribers — Harman declined to share the size of the email list. For further promotion, it also linked unpaid partnerships with micro-influencers with followings on both Instagram and Depop. That included Courtney Blackwell (5,400 Depop followers; 6,000 Instagram followers) and Rachel Gagliardi (6,000 on Depop; 2,000 on Instagram). Studs does not yet have a TikTok account.

Harman said she expects Depop will launch advertising for brands in the future and that, as it grows, it will become a Shopify and Instagram competitor. Dool said advertising is not on Depop’s roadmap.

Dool owed the recent wave of fashion brands signing on to Depop to more people exploring the platform during lockdown. “Plus, brands are realizing that they have to take some sort of responsibility for what they put out into the world,” he said. “Engaging in resale and encouraging circularity by encouraging people to shop on Depop is a really clean and easy way to do that.”

According to Dool, Depop shoppers are more interested in what their peers are wearing than what’s happening in the fashion industry. And they’re most likely to shop clothes by designers who are from — or influenced by — the ’90s and the 2000s.

Dool became Depop’s first head of partnerships in December, after managing the platform’s influencer partnerships and initiating collaborations with a handful of fashion companies, including Ralph Lauren and the British Fashion Council.

He sees his role, as the sole member of the brand partnerships team, as helping brands to be successful on the platform by steering their inventory and price points based on what sells. But he doesn’t share specific platform data with brands, his said. His “sales pitch” to brands is centered on highlighting that Depop is a social marketplace, and an opportunity to reach, understand and be a part of the community. Depop currently has more than 21 million global users, 90% of which are Gen Z. The U.S. is its biggest growth market. More than 25 million items are available on the app, at any time, and Depop takes a 10% cut of sales transactions across the board. Depop declined to share sales transaction data.

With the recent designer brand launches, it’s a win-win, he said: The younger consumer without disposable income gets access to something designer, and the brand gets to introduce their name to a younger consumer.

That was the motivation for Anna Sui, who launched on Depop as part of a strategy to “focus more on digital shopping experiences.”

“This helps me reach a new audience, who [can be] excited about my clothes and the history of my brand,” Sui told Glossy.

And brands building out their own digital footprint is catching on. According to The RealReal’s 2020 resale report, released on Tuesday, it’s seen a 46% year-over-year increase in items consigned by brands from March to August.