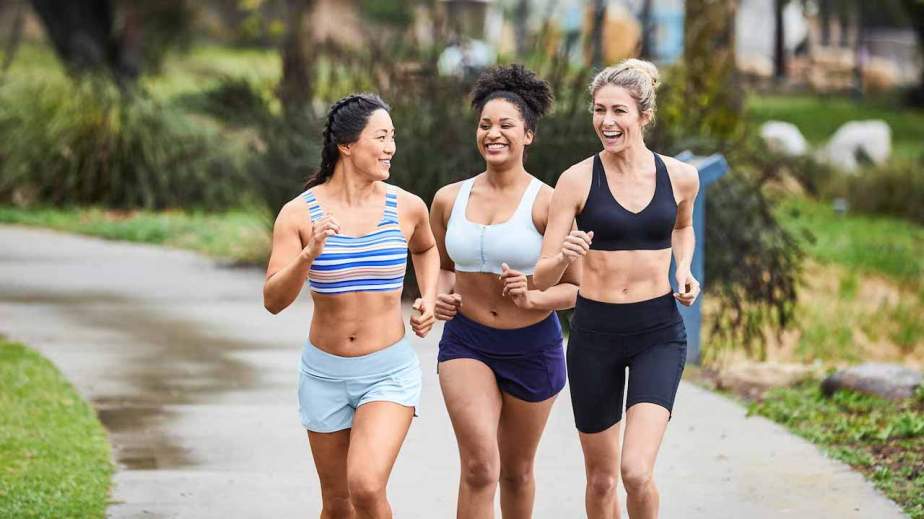 Athletic brands are investing in creating the perfect sports bra

Athleticwear companies have been increasingly upping their investments in sports bra innovation, with the goal of making the 40-year-old style more comfortable, supportive and fashionable.

Brands, both athletic and not (see inclusive bra company Mindd Bra), have been launching research-driven designs since the start of the year. The global sports bra market is expected to reach $38.4 billion by 2026, according to a report from Wintergreen Research, Inc. Sports bra sales hit $9 billion in 2019, according to Winergreen Research. A big reason for that growth is women looking for more comfortable bras to wear on a daily basis, the report said. Plus, there’s been a general shift to athleisure among U.S. consumers over the last decade. In the last year, sportswear companies have started to create more products specifically for girls, and innovation in women’s products is growing, as well. The wardrobe-staple sports bra is reaping the benefits of this innovation.

While companies have been launching new sports bra designs and innovating the product over the last decade, Libby DeLana, creative director and co-founder of advertising agency Mechanica, said innovation in the bra market has truly reached sports bras in the last two years.

“Brands like ThirdLove, which seems to have a big voice in the marketplace, just talking about bra fit and the importance of that has led most women to understand that, for most of their life, they’ve been wearing the wrong size bra,” said DeLana.

Under Armour launched its new product — the Infinity bra — on Jan. 14 after partnering with breast health expert Dr. Joanna Scurr and the University of Portsmouth. The company did not reveal the monetary investment behind the product development, but shared the infinity bra took about two years to create. The company did consumer testing with women in the U.S. as well as Asia, and worked with a team of athletes during development. Under Armour declined to share the number of women who tested the bras.

The Infinity bra features a soft, flexible pad that molds to breast tissue and a liquid-injected foam to create a more natural shape. To compare, the standard sports bra construction is separate pieces of padding for each cup that are glued and layered with foam, said Jami Dunbar, vp of apparel and accessories development at Under Armour.

“People typically think you need to restrict movement, but breasts are moving up and down, side to side, in and out, so we needed to build support structures that play nicely with how the breast are moving,” said Dunbar.

While Under Armour rolled out the design, which was made with all activities in mind, with three options: low, medium and high support.

Brooks has spent the last nine years focused on innovation in sports bras, working with over 1,000 women in the process, said Julianne Ruckman, senior product line manager of run bras and women’s apparel for Brooks. A survey from the British Medical Journal of 1,300 women who ran the 2012 London Marathon found women lose up to four centimeters in their running stride when wearing an ill-fitting bra. That sparked the team at Brooks to focus on innovation around the sports bra.

“We wanted to make sure everything we did was built by mechanics and [based on] understanding the breast tissue in motion, to control and support motion,” said Ruckman.

In Brooks’ development process, the brand spoke to over 1,000 runners between the ages of 25 and 34 who were running at least 15 miles a week including one run over five miles. The company sent out a survey to those runners in 2017, targeting women with different cup sizes (A and B cup, C and D, and DD-plus) to figure out different needs for different cup sizes.

After the initial survey process, Brooks also partnered with the Research Group in Breast Health at the University of Portsmouth to test the product on runners of all sizes. After narrowing the bras down from 10 prototypes to six, the brand went through four rounds of testing for B, D and E cups. Each style was tested on four different runners at eight-minute-mile paces.

“We collected biomechanics information, understanding how the breast tissue was being held in and reduced, and then held focus groups after that testing, as well as surveys. We wanted to make sure they had an experience outside of that testing setting, as well, so we had them run in the bras for two weeks after, at their own pace. We then did a follow-up survey,” said Ruckman.

The result was six styles, priced $60 to $75. Sold on the Brooks website, they’re accompanied by a five-minute quiz designed to help customers figure out which to buy, based on their past issues with sports bras and their support needs.