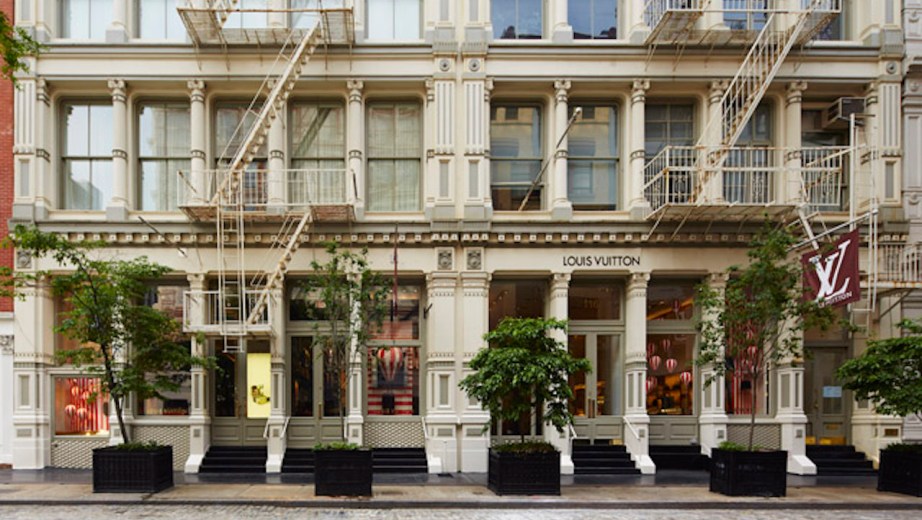 Last week, New York City Mayor Bill DeBlasio and his administration released the details of a contentious new rezoning plan for SoHo. It comes relatively soon after multiple rezoning efforts in other parts of the city, some of which were pushed through after much controversy, like a 2018 rezoning of Manhattan neighborhood Inwood. Others were retracted after opposition, like an attempt to rezone Industry City last month.

The rezoning plan would significantly open up the SoHo neighborhood to new development. While the initial plan was revealed months ago, only now are the full details of the city’s plan being processed by brands and community activists, with details emerging that have implications for retail in the neighborhood.

The new rules would allow for the building of more than 3,000 new housing units, 25% of which would be required to be affordable housing. It would also let developers expand the size of developments and loosen restrictions on the opening of big box retail locations in the area. Notably, the plan also includes an increase of the maximum allowable floor area ratio (FAR) number to 12, which is typical of large retail stores in Midtown and the Financial District but very rare in SoHo, which favors small-format stores.

The specifics of the plan come at a time that has been something of a crossroads for SoHo. The neighborhood, once famed for its many artists and bohemians, has become in the last few years a hub for small but high-end retail concepts. It’s been common for both up-and-coming DTC brands and larger brands to open small-format, lucrative and adventurous retail concepts in the area. But since the pandemic began, severely reduced foot traffic — in part, due to the drop in local tourism — has led both brands and landlords to rethink their investment in the neighborhood.

If the rezoning plans go through, it could lead to increased gentrification in an already expensive neighborhood. The 10013 zip code, which includes SoHo and parts of Tribeca and Chinatown, is not only the most expensive area in the city, it’s among the most expensive places to live in the entire country, with the average real estate price of more than $3 million.

But the plan will have to overcome significant opposition. A similar rezoning plan in Brooklyn’s Industry City was canceled after massive opposition from community advocacy groups and city politicians who said in various statements that the plan would harm the working class residents of Sunset Park. Activists said residents would likely be priced out of the neighborhood if large luxury apartments were to be built there.

The SoHo plan has already met fierce opposition from the Greenwhich Village Society for Historic Preservation, commonly known as Village Preservation, a community organization that has opposed several plans for new development in areas around lower Manhattan.

“It is outrageous that the city wants to increase the allowable size of development in these neighborhoods by up to nearly 2.5-times what current rules allow, which already results in construction of a huge scale,” said Andrew Berman, Village Preservation’s executive director. “The new zoning would allow and encourage the proliferation of big box chain stores throughout the area, and offers no assistance to independent businesses who face unprecedented hardship now, and would likely face increased pressure to be pushed out under new rules.”

Berman believes the framing of the rezoning effort as being about creating affordable housing is a smokescreen to obscure the fact that the biggest benefactors of the plan will be real estate developers and big box retailers. The mayor’s office did not respond to request for comments on this story.

For brands and retailers, the plan also threatens the particular appeal of SoHo. A number of DTC brands have opened flagships in the area, like Dagne Dover and Naadam, many of which have no other stores. The idea is often that a store in SoHo confers a sense of cutting edge coolness and serves as a good way to lure in new customers.

“When you’re a DTC brand, the physical store almost serves a more important role as an advertising vehicle or a billboard [than a sales channel],” said Deepa Gandhi, COO of Dagne Dover. “We chose SoHo for our first store specifically because it felt like a cross section of where people live and work, and yet it’s still a destination with a lot of personality. It always felt really welcoming to brands like us.”

Despite the decline in foot traffic in SoHo, brands like Suitsupply and Frame have redoubled their efforts in the area by opening new stores, citing the fact that landlords have become more lenient on new tenants, with rent costs dropping by 42% in SoHo since the pandemic began. According to some, like Berman, a rezoning that allows larger developments would have a chilling effect on the ability for smaller and younger DTC brands to set up shop in the neighborhood.